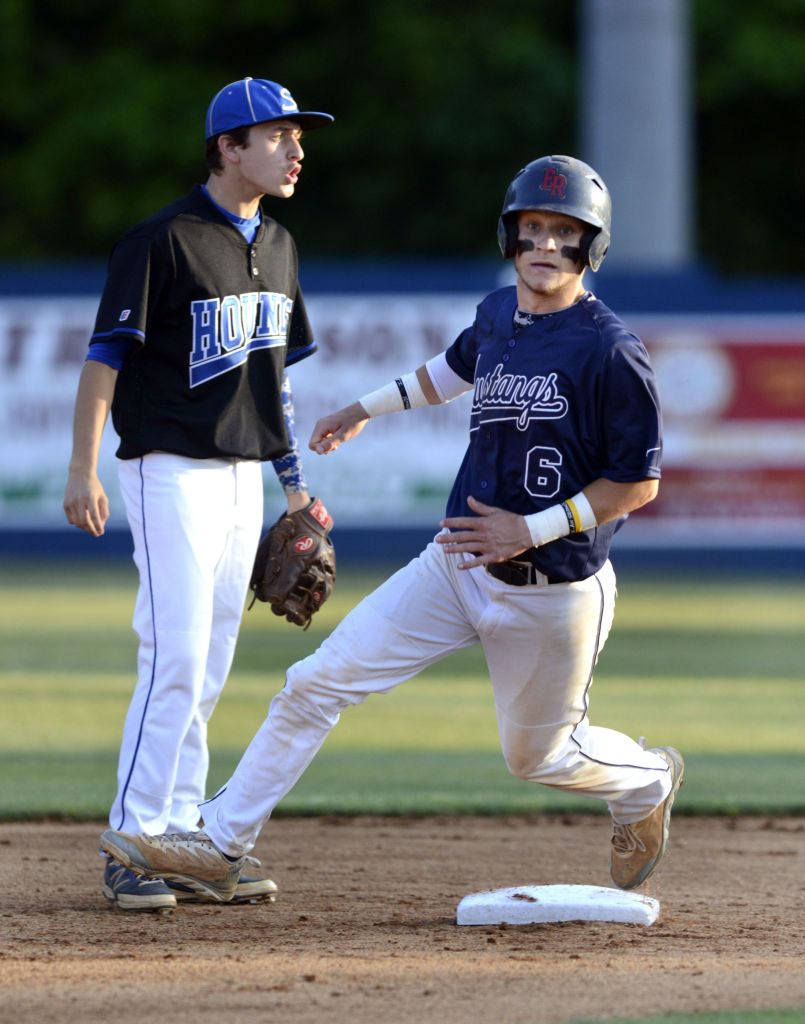 Catawba’s baseball team was held to three hits and lost 4-1 to host Lander in the first round of the Southeast Regional on Thursday.
The game was scheduled for 7 p.m. in Greenwood, S.C., but rain during the day pushed the start time back to 8:30 p.m.
Connor Lewis hit a three-run double in the third inning when Lander scored all of its runs.
Dylan Wolchik (11-1) did the pitching, and the Bearcats won their 18th game in a row.
Lander (48-6) is seeded No. 1 in the regional and is ranked second in D-II.
Sixth-seeded Catawba scored in the seventh when T.J. Wharton’s sac fly plated Ethan Satterfield.
Keaton Hawks lined out to left with two Indians on base in the sixth.
Lander improved to 48-6 and will face No. 4 seed USC Aiken Friday at 3:45. Catawba fell to 33-19 and meets No. 2 seed Mount Olive at noon in a loser’s bracket game. It was the 18th consecutive victory for the Bearcats.
A long winning streak ended for Catawba starter Craig Brooks (12-3), who had won 12 straight. Brooks was relieved during Lander’s big third inning by Shaefer Shepard.
Michael Trombino was outstanding in relief for the Indians, but they couldn’t come back.
Catawba plays Mount Olive in a noon elimination game today. See Scoreboard.
Second-round action is divided between today and Saturday.
Today:
West Rowan softball is scheduled to host Newton Fred T. Foard at 5:30 p.m.
East Rowan baseball hosts Weddington at 7 p.m.
Carson baseball is scheduled to play at Southern Guilford at 7 p.m.
Carson soccer is scheduled to play at A.C. Reynolds in Asheville at 6 p.m.
On Saturday:
Salisbury soccer is scheduled to play at Lake Norman Charter at 7 p.m.
North Rowan baseball plays at East Davidson at 7:30 p.m.
South Rowan baseball plays at Marvin Ridge at 7 p.m.
Kannapolis Post 115 is scheduled to open against Concord at Central Cabarrus High at 7 p.m. on Saturday.

The Kannapolis Intimidators were rained out on Thursday.
The plan is to play two games with Delmarva today at CMC-NorthEast Stadium. starting at 5 p.m.
The Salisbury Rotary Tennis Tournament is slated for May 30-June 1 at the Salisbury City Park Tennis Complex.
Entry forms are available at rotarytennis.wordpress.com or email RotaryTennis@gmail.com.
The entry deadline is Sunday, May 25.
There are Junior and Adult divisions for male and female players including singles, doubles and mixed doubles. Contact Reid Leonard, tournament director, at 704-633-1495.

College golf
UNC Greensboro was seventh after the first round of the NCAA regional at Auburn on Thursday.
Roy Dixon (Salisbury) shot 72 and is tied for 11th.

Catawba athletics
Catawba senior Olivia Myers was name to the all-district academic team for tennis. She posted a 3.98 GPA as a biology major.
• Catawba senior lacrosse player Ebony Mills was named to play in the North-South all-star game to be played in Philadelphia on June 7.