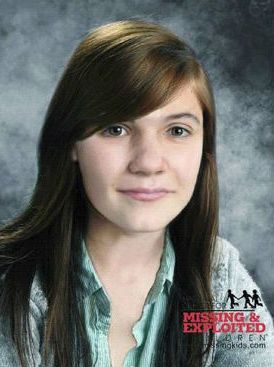 It’s been months since local law enforcement upped a reward for information into the disappearance of Rowan County teenager Erica Lynn Parsons, whose been missing since November 2011. Two local women and a Georgia-based BlogTalkRadio host hope an online petition will draw renewed interest in the case.
The women — Wanda Rogers and Beth Cribb, both of Salisbury, and Cathy Rhodes of Georgia — created the petition via change.org asking Gov. Pat McCrory to get involved and are pushing for “action on this case.”
Erica, who turned 16 in February, was reported missing nearly a year ago by her adoptive brother, James “Jamie” Parsons. Her adoptive parents, Sandy and Casey Parsons, have said they allowed a then 13-year-old Erica live with a woman they claim was her biological grandmother, Irene “Nan” Goodman in Asheville. Law enforcement, Erica’s birth mother, Carolyn Parsons, and other family have said Nan doesn’t exist.
Casey and Sandy Parsons have denied any involvement in Erica’s disappearance and have said they believe they were duped by the woman claiming to be Goodman. No arrests have been made and no information has brought law enforcement substantial leads into the young girl’s disappearance.
Cribb and Rogers have been following the story since the beginning. Rogers has watched from her own neighborhood. She doesn’t live far from the Parsonses former Miller Chapel Road home. She watched helicopters, law enforcement, media and onlookers at and near the property. She has also watched the interest wane and wants to remind people, “Erica deserves to be found. She needs to be brought home, even if she’s not alive, she deserves a proper burial, a service.” Rogers said the community needs closure and justice for the teen.
Cribb moved to Salisbury just six months before Erica was reported missing saying “she just tugged at my heart.”
Cribb said it’s time to “stop and do something worth doing.”
She and Rogers contacted Rhodes and that progressed to a Facebook group page and as recently as Tuesday night, a petition. The women reached 100 signatures Wednesday afternoon and are well on their way to the 200 and beyond they are seeking.
Rhodes is a facilitates an online true crime forum, On the Docket, Off the Record, and is host to her own online radio broadcast on BlogTalkRadio. She began the forum as a place to enable others to discuss current or past missing children and adult cases.
“We care about missing children. We have fallen in love with Erica and we feel she needs to be back home. If something has happened to Erica, justice needs to be served,” Rhodes said.
She said the women decided to stand up for Erica and that’s why they created the Facebook page “Concerned Citizens for Erica Parsons.”
“We don’t want her shoved in a cold case file,” Rhodes said.
The women plan to keep Erica’s name in the public spotlight until she’s home or there is a resolution to the case and will continue to be a “voice for other missing children.”
For more information about the group, search Facebook under Concerned Citizens for Erica Parsons and to sign up for the petition visit www.change.org and search for Gov. Patrick McCrory: Help us Bring Erica Parsons Home.
Contact reporter Shavonne Potts at 704-797-4253.