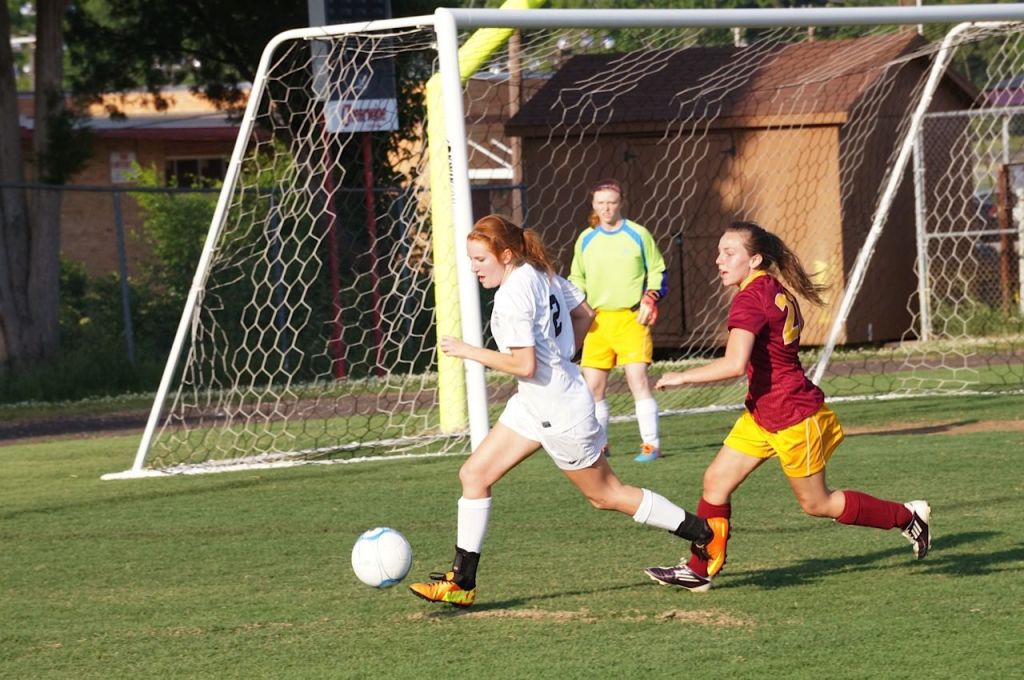 South Rowan’s baseball team rode another strong pitching performance by sophomore Blake Johnson to an 8-3 win at North Lincoln in the first round of the 3A playoffs on Wednesday.
Tyler Fuller homered and doubled for the Raiders (21-7). Chandler Corriher had a two-run double. Matt Honeycutt tripled. Bo Corriher, Ryan Ashworth and Hunter Travis had run-scoring singles.
South plays at Marvin Ridge in the second round.
• West Rowan’s season ended with a 2-1 loss at Southern Guilford in the first round of the 3A playoffs.
Southern Guilford scored in the bottom of the seventh to win.
Omar Bautista pitched a complete game for the Falcons and struck out eight, but West was held to two hits.
Southern Guilford hosts Carson on Friday.
• A.L. Brown lost 15-1 to Ardrey Kell in the 4A playoffs.
Carson won 4-2 in overtime against visiting Kings Mountain in the first round of the 3A playoffs on Wednesday.
Katie Barringer scored two goals for the Cougars. Cassie Howard had two assists. Hannah Elmore had a goal and an assist. Kylie Cox scored her first goal of the season.
• Salisbury won 1-0 against South Stokes in a first-round 2A game on Wednesday.
“It was pretty awesome, pretty big for our seniors because it was their last chance to leave their mark with a playoff win,” SHS coach Matt Parrish said.
Parrish said that after some late-season setbacks in the CCC, the Hornets shook up everything.
“New rotation, new gameplan,” Parrish said. “And the girls responded. They went out and executed.”
Salisbury’s freshmen were instrumental in the win.
Freshman Katie Bullock scored the goal on an assist by freshman CeCi Cardelle.
Freshman Juliana Anderson made several stops to preserve the shutout.
Freshman Nellie Brown keyed Salisbury’s defensive effort, and Parrish also praised Amelia Steinman, Susannah Dixon, Kathryn Rusher and Mary Seifert’s defense.
“It was a great feeling to see our team feeling great,” Parrish said. “To see that, that’s why you coach.”
Salisbury plays next at Lake Norman Charter on Friday or Saturday.
• West Rowan lost 4-0 on the road at Hickory in the 3A playoffs to finish its season.
• A.L. Brown lost 9-0 to Myers Park on Tuesday in 4A.
Salisbury lost 11-2 to Lake Norman Charter in the first round of the 2A playoffs.
• A.L. Brown lost 8-2 to Ardrey Kell in 4A.
Rowan County’s season opener scheduled for Sunday has been postponed.
The 33rd annual Edgar Welch Memorial Golf Tournament for Rowan County women will be played at 9 a.m. on May 20 and 22 at Corbin Hills and the Country Club of Salisbury.
The tournament is open to all women with an established handicap at a Rowan club and anyone who has played in the tournament before. Entry forms are available at local clubs. The $60 fee includes golf, carts, prizes, and the luncheon on May 22. The format is net best-ball twosome. Gross prizes also are awarded.
The defending champions are Kristi Laton and Phyllis Durland. The tournament is played in memory of Edgar Welch. Welch’s wife, Elaine, established the tournament in his memory.
Any questions, call Beverly Cobb at 704-279-1477.
The Country Club of Salisbury’s Men’s Senior Interclub team defeated Sapona Ridge County Club 22-14.
Winning team members were Andre Resner-Gary Applewhite, Victor Wallace -Mark Robertson, Clint Miller-Richard Dwiggins, Bob Mangum-Bob Chinn, Jack Seybold-Bruce Rogers and Harold Deal-David Roueche.
The Carson girls basketball program will host two camps in July.
Camp for rising 5th-8th grade girls will be July 7-10 from 3:30-7:30 p.m., at a cost of $60.
Camp for rising K-4th grade girls will be July 14-17, 4:30-7:30 p.m. at a cost of $50. Campers will receive a T-shirt and will be covered by insurance through Carson High.
Contact Brooke Misenheimer at 704-855-5034 or at misenhmb@rss.k12.nc.us to register.

The UNC Greensboro men’s golf team will head to the NCAA Regionals for the first time in program history this week, travelling to Auburn, Ala., as one of 14 teams in the Auburn Regional.
Play in the three-round, 54-hole event runs Thursday-Saturday at the Auburn University Club.
The 10th-seeded Spartans are slated to tee off Thursday on the par-72, 7,254-yard course from 9:10-9:50 a.m. (CT) on the 10th hole with live scoring set available at www.golfstatresults.com.
Joining the 60th-ranked Spartans in the regional is defending champion and No. 1 Alabama, No. 12 Virginia Tech, No. 13 Texas, No. 23 Auburn, No. 25 New Mexico, No. 36 BYU, No. 37 Kennesaw State, No. 48 Colorado, No. 49 Louisville, No. 62 California-Davis, Sam Houston State, St. John’s and Alabama State.
The Spartans enter the regional as the 10th seed.
Leading the way for the Spartans are freshman Carter Jenkins and junior Roy Dixon (Salisbury).
Jenkins and Dixon finished the regular season second and fifth, respectively, in stroke average in the conference while earning All-SoCon honors along with sophomore Taylor Coalson,
This season marked the first time in program history that UNCG has placed three members on the SoCon all-conference team.
Dixon, who will hold the top spot in the lineup this week, boasted a 72.65 stroke average on the season. He finished his regular season strong, posting three top three finishes in the last four events of the year. He was third at the Pinehurst Intercollegiate, second at the Middleburg Bank Collegiate and third at the SoCon Championships.
The second weekend of NCHSAA track and field championships are scheduled for Friday and Saturday.
The weekend of competition features 3A championships for both boys and girls on Friday, and then on Saturday the 4A championships will be held, all at the Irwin Belk Track on the campus of North Carolina A&T.
The Friday schedule will have field events starting at 3 p.m. and running events at 3:30 p.m. On Saturday, action in the field events will begin at 10 am and running events will start at 11 am. It will be the 94th annual men’s championships and the 43rd annual renewal of the women’s event The 3A regional girls champs were Asheville A.C. Reynolds, Waxhaw Marvin Ridge, Raleigh Cardinal Gibbons and West Carteret. 3A regional boys champions last weekend included Asheville, Marvin Ridge, Fayetteville Terry Sanford and Jacksonville. Admission is $8.