Sheriff’s Office: Man charged with assault with a deadly weapon 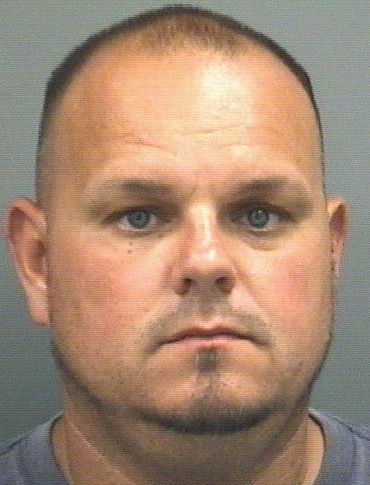 The Rowan County Sheriff’s Office charged a Concord man with ramming his vehicle into a car in an effort to stop his estranged wife from taking their son.
Robert Eugene Edwards, 39, of the 300 block of Queens Drive, was charged with two counts of assault with a deadly weapon in the presence of a minor and one count assault with a deadly weapon, all of which are misdemeanor offenses. The incident occurred Monday in the 4500 block of Long Ferry Road. A department report said when Edwards drove onto the Long Ferry Road property and his wife was running out of the home. Her boyfriend was in the driver’s seat of a vehicle and the Edwards’ 4-month-old was in the back seat. A report said he chased after the car to prevent it from leaving.
He was held in the Rowan County Detention Center under no bond because of the domestic nature of the incident. He has since been released.

In police reports:
• A man reported Tuesday he was hit in the mouth in the 400 block of Ludwick Avenue.
• Belk Department store reported Tuesday someone tried to make an unauthorized transaction with a Belk’s credit card in the 1400 block of Klumac Road.
• Charles Benjamin Newsome, 77, was charged Tuesday with misdemeanor assault on a female in the 100 block of Glenview Drive.
• Heather Nicole Porter, 25, was charged Monday with felony obtain controlled substances by fraud in the 300 Bendix Drive.