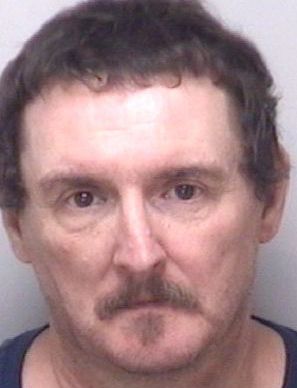 Rowan authorities have charged a Granite Quarry man adding to his $1 million bond following the attempted rape of a real estate agent.
Salisbury Police charged Brian Harold Cooper, 49, of the 100 block of Jack Street with one count of attempted first-degree rape, two counts of first-degree sexual assault and one count of first-degree kidnapping.
The Rowan County Sheriff’s Office also charged Cooper with attempted first-degree rape and felonious restraint because the incidents occurred within the agency’s jurisdiction, a spokesman said.
Cooper received an additional $500,000 secured bond, bringing his total bond to $1.5 million.
Police were called to the Century 21 Towne and Country office on West Jake Alexander Boulevard Tuesday. They spoke to the victim, who said she had been in contact with Cooper the day before about buying a house. Cooper met with the agent at 10 a.m. at the office. The report says the two drove together to a home in Salisbury.
The victim said once inside the house, Cooper grabbed her around the neck and started choking her. He then threatened her with a knife and told her if she did not do what he said, he would kill her. Cooper sexually assaulted the agent, according to a police report. He told her to take him to another home he was supposed to see that day.
The victim told Cooper she had to call her office, because they would think something was wrong if she did not. The report said Cooper threatened her again not to tell anyone. The agent called the office and told them to get information for the house in Granite Quarry that the suspect was supposed to see. The company has a predetermined code word for agents to indicate they are in distress, and she gave that word.
The report says the victim and suspect then went to the Granite Quarry address and the suspect again pulled a knife and started to assault her. Minutes later, another agent arrived and walked in not knowing what was going on. The victim left immediately and the suspect rode with the other agent back to the office. As soon as the victim got into her car, she called 911 to report what happened.
Police investigators said the suspect had already left the business when police arrived. Cooper was arrested at his home around 9 p.m. Tuesday. He remains in the Rowan County Detention Center. Cooper was scheduled for a first court appearance Wednesday morning.
Cooper has a number of misdemeanor convictions including assault on a female, communicating threats, making harassing phone calls, and was convicted in 2005 with felony second-degree kidnapping.
In December 2004, a then 40-year-old Cooper was arrested after he held his ex-girlfriend hostage at knifepoint inside her home. In December 2004 following a conviction of misdemeanor communicating threats, he was ordered to attend Daymark or see a licensed therapist for anger management, court records said.
He is expected in court later this month regarding a charge of misdemeanor possession of stolen goods.
Contact reporter Shavonne Potts at 704-797-4253.

Foxx on time for library donation, books a day…