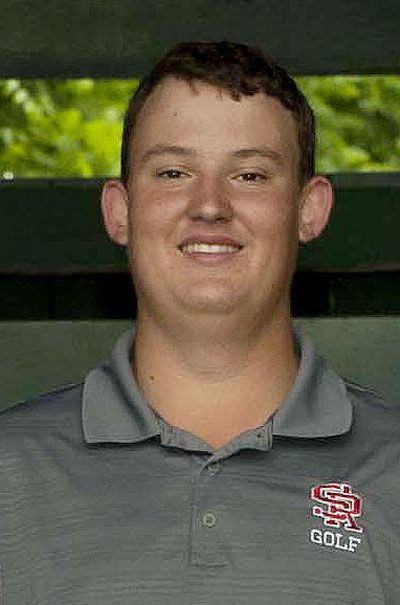 • West Rowan hosts South Iredell today at 5:30 in a first-round 3A game.
West’s sophomore pitcher/first baseman Peyton Green was chosen as MaxPreps/High School Player of the Week for the South Region.
In three games, Greene went 3-0 with an ERA of 0.40 and 22 strikeouts and also batted .300.
Greene is 11-2 with a 1.35 ERA and 90 strikeouts this season. She’s batting .356 with 16 RBIs.
Carson lost 5-3 at Ledford on Tuesday and was eliminated from the 3A state playoffs.
Michaela White hit a two-run homer for the Cougars.
• Davie won 4-3 against Southeast Guilford on Tuesday in the 4A playoffs.
• Salisbury will play Lake Norman Charter today at Hopewell at 6 in a 2A first-rounder.
• A.L. Brown is at Ardrey Kell in the 4A playoffs.

Salisbury hosts South Stokes at 6, Carson hosts Kings Mountain at 7, and West Rowan travels to Hickory at 7 in first-round playoff matches tonight.
In first-round playoff games tonight, East Rowan hosts Statesville at 7, West Rowan is at Southern Guilford at 7, and South Rowan is at North Lincoln at 7.
A.L. Brown plays at Ardrey Kell at 7.
• Nick Williams pitched East Davidson to a 6-3 win against Parkwood on Tuesday in the 2A playoffs.
Ryan McIntyre homered for the Golden Eagles. McIntyre and Williams had two hits each.

The Corbin Hills Women’s Golf Association played a gross/net tournament on Tuesday.
Gross winners were Becky Isenhour, Faye Cline and Karla Swanson. Net winners were Susan Morris, Eileen Full and Carolyn Reis.
Low putts winners were Joy Maughmer and Ruth Bowles.
Catawba pitcher Carley Tysinger was named to the All-Southeast Region team.
Tysinger (18-10) threw four shutouts, posted a 1.29 ERA and registered 293 strikeouts.
• Catawba hold summer camps June 16-19 and July 14-17 at Whitley Field on the Catawba campus.
Camps are from 9 until noon dail . Instructors will include the Catawba coaching staff as well as current and former players.
The cost is $125. Checks can be made payable to Diamond Performance. If someone wants to attend both camps you will receive a $25 discount off the second week.
Contact Adrian Gantt at ganttaw@gmail.com or call or text at 704-213-2438.
Allan Gilmour made a hole-in-one on the 150-yard No. 13 hole at Corbin Hills on Monday. Gilmoure used a 7-iron for his first career ace.
Garrett Gardner witnessed the feat.
The Kannapolis Intimidators lost 3-1 at Hagerstown on Tuesday. Jake Sanchez (4-1) suffered his first loss of the season. Adam Engel stole his 17th base. He leads the SAL.
Justin Allison (West Rowan) will make his ARCA Racing Series short track debut at Toledo Speedway this weekend. Allison will pilot the No. 88 HaVACo Ford Fusion with Team BCR Racing.
Allison started his racing career in the Allison Legacy Series in 2006, where the series’ schedule consists of mainly short tracks.
Allison tested the No. 88 powered by RoushYates Engines at South Boston Speedway Monday in preparation for the Menards 200.
Wingate’s Omar Ray (A.L. Brown) made the track all-region team.