Not so secure: Guard, military police officer charged with larceny 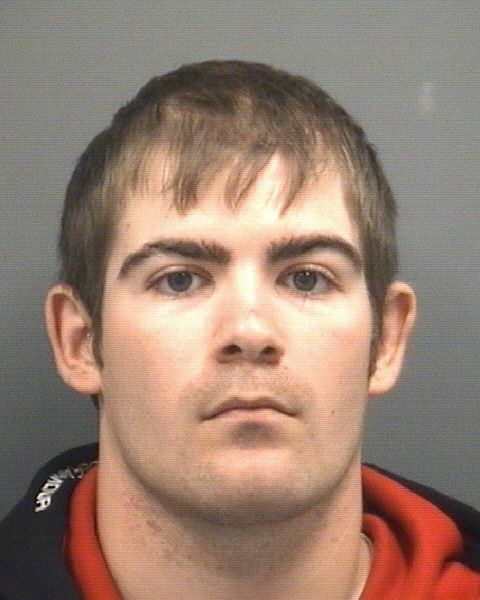 A Landis man was charged after authorities said he took snacks and cash from the National Guard Flight facility where he was a security guard. Rowan officials said the man is also a military police officer with the Guard.
The Rowan County Sheriff’s Office charged Matthew Scott Hildebrandt, 25, of the 300 block of East Ryder Avenue, with five counts felony larceny by employee and five counts misdemeanor breaking and entering a coin/currency machine. He was issued a $7,500 bond and has since been released from the Rowan County jail.
Authorities said National Guard personnel noticed discrepancies in the money made from vending machine sales and after tracking the money and placing a surveillance camera on the common room they discovered a guard with P&G Security going into a locked metal cabinet. The military personnel said they used the money for special events and that there were at least five discrepancies they’d calculated, a report said.
There were four vending machines, extra food and a cash box kept in the locked metal cabinet. The Guardsmen said they’d noticed over the last several weeks that money and food had been taken.
The video surveillance showed a guard using a key to open the cabinet and removing the money from the cash box and then taking the key inside the cabinet to open the vending machines where money was also removed. On Sunday, officers said $85 was missing. The security company identified the security guard.

Shavonne Potts column: Next time, I want to be…