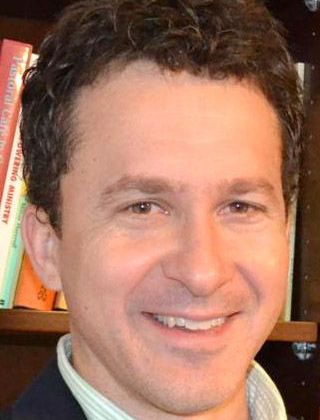 Dr. Trevor Eppehimer, academic dean Hood Theological Seminary, will be the speaker for the school’s closing convocation.
“Dr. Eppehimer is highly respected and admired as our academic dean, as a scholar, and for the standard of academic excellence he has set for HTS. He is certain to inspire our graduates as they begin the next leg of their journeys as leaders of faith communities all around the world,” Dr. Vergel Lattimore, president-elect of Hood, said in a news release.
The closing convocation will take place at 7 p.m. Friday under large tents on the Mona Wallace Plaza in front of the Aymer Center. During the ceremony, soon-to-be graduates will be hooded in preparation for their graduation the following morning. As a part of the convocation, honors and awards will be presented to those students being so recognized.
Eppehimer has been associate professor of systematic theology at Hood Theological Seminary since 2007. Prior to becoming academic dean this year, he served as associate academic dean and director of the master’s of theological studies program at Hood.
A native of Phoenix, Ariz., Eppehimer received his bachelor’s degree from St. Olaf College in Northfield, Minn., in 1995, majoring in religion, philosophy and English; a master of divinity degree in 1999 from Yale Divinity School with an emphasis in systematic theology and philosophy of religion; and a Ph.D. from Union Theological Seminary in New York City in 2006. He is published and has presented his papers at meetings of the American Academy of Religion and at several seminaries around the county.
Eppehimer is a member of First United Methodist Church in Salisbury where he has served as an adult education instructor. He also serves as a member of the education committee for the Center for Faith and the Arts and has spoken at a number of community forums held at Catawba College and regularly speaks and teaches at local churches.
Eppehimer and his wife, Victoria, have a daughter, Grace, and a son Nicolas, and live in the Fulton Heights neighborhood.