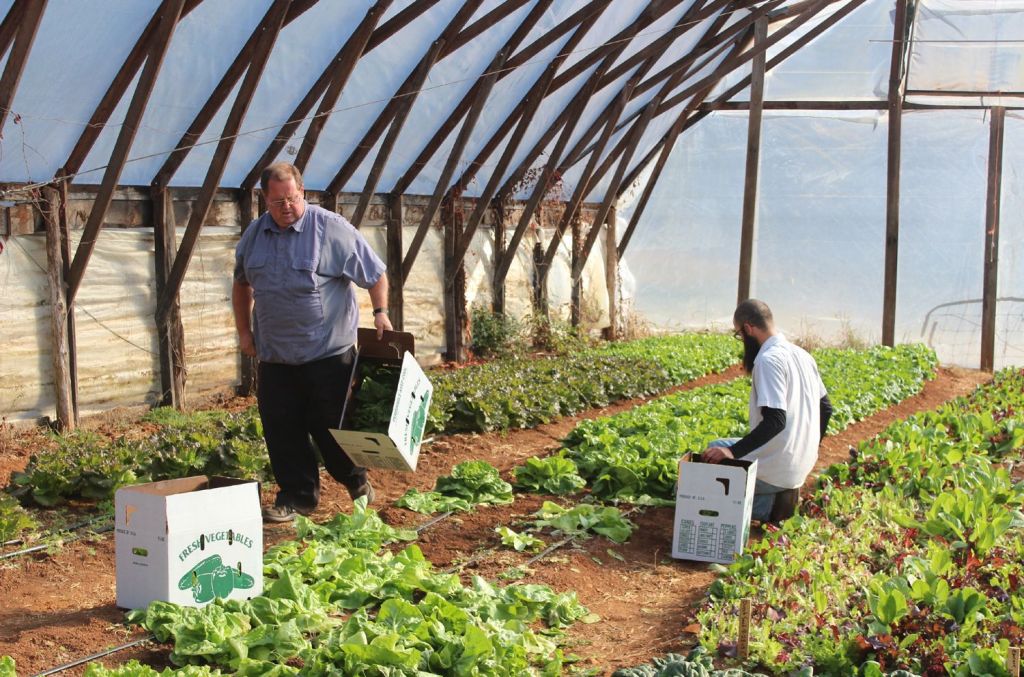 People involved in the promotion of local foods in Rowan and Cabarrus counties agree that interest in home-grown foods has blossomed in recent years.
“In my opinion, the growth has been exponential,” says Amy Poirier, president of Bread Riot, a Salisbury organization that promotes locally produced food by educating the public and connecting local producers with consumers.
Both consumers and the environment benefit when citizens patronize local producers. The local economy is one of the big beneficiaries. A recent food assessment document reported that residents in a 14-county region studied by CONNECT Our Future — which includes both Rowan and Cabarrus — spend $763 million each year on fresh fruits and vegetables that can be grown locally.
“At the same time, producers are only producing about $100 million of those same fruits and vegetables,” says Carolina Farm Stewardship Association Community Mobilizer Jared Cates. “Any way we can help farmers and producers figure out what crops they could be growing and how to connect with consumers is going to put lots more money in the farmers’ pockets.”
Rowan and Cabarrus are home to more than 50 farms, so the potential for local food production is significant. The nation, the state and the region studied by CONNECT Our Future have experienced considerable growth in local foods. The 14 counties, which support at least 67 farmers markets, experienced a 103-percent increase in direct sales from $1.8 million to nearly $3.7 million in the period from 2002 to 2007.
Farmers get the highest value for their product by selling their produce directly without a middle man, Cates says. “But once you hit a certain point and have larger production, then it might be better to sell into some kind of distribution network, like Eastern Carolina Organics.
“That’s always the challenge,” Cates says. “Direct markets are important but the challenge is finding ways to hook larger growers up with larger supply lines.”
Aaron Newton, the Cabarrus County local food systems program coordinator, notes that freshness suffers when people buy produce from other states or other countries. Typically people eat foods that have been shipped an average of 1,500 miles, which compromises both freshness and nutrient content. In fact, the nutrient content starts to drop from the moment produce is picked.
“Lots of times if the produce is coming from far away, it is picked before it’s ripe,” Newton says. “Then it travels long distances on trucks or by rail or air. From a freshness standpoint, this is just not a good idea.”
The environment suffers as well. Burning fossil fuels to transport produce contributes to air pollution and depletes this non-renewable energy source. “Consuming locally grown foods is especially important now that we’re worried about our carbon footprints and the environmental effects of our decisions,” says Poirier.
Newton notes that the local foods effort took a giant leap forward in Cabarrus in 2007 after the county called a town hall meeting to ask agricultural landowners what they needed to remain economically viable. Four needs emerged from that meeting: an incubator farm to teach future farmers how to engage in sustainable production; a slaughter facility to process animals in the county; a food systems assessment; and a policy council to carry the work forward.
Today, the Lomax Incubator Farm, a public/private slaughterhouse run by Cruse Meats Co., a 2011 Cabarrus County Foods Systems Assessment and the Cabarrus County Food Policy Council are visible results of that early town hall meeting.
The council has made great strides in promoting local foods. Farmers can now use the “Locally Grown” logo to identify themselves as local growers. The council is currently in the process of signing up restaurants and institutions that purchase food from local growers. If they can connect with a local farm as their food supply source, they, too, can use the logo.
“The public identifies the logo as representing companies or organizations who are involved in local food,” Newton says.
Other efforts are advancing the cause:
• People in the Supplemental Nutrition Assistance Program can now purchase tokens with their food stamps to buy produce at some farmers markets, and a Double-Down Program allows them to double the value of their food stamp dollar.
• Friendship Gardens in Charlotte as well as many community gardens planted by area churches offer fresh produce to organizations that serve the less fortunate.
• Demand for community-supported agriculture and bulk meat purchases is outstripping supply. (Community-supported agriculture programs involve a contract between farmers and consumers in which the farmer offers consumers a certain number of “shares” of the produce he harvests throughout the growing season. Bulk meat purchases similarly provide shares of an animal.)
“Bread Riot’s wintertime CSA and bulk meat purchases are selling out in a week tops,” says Poirier. “Our last bulk meat purchase was beef, and it sold out in less than 24 hours.”
Poirier believes Bread Riot could double its winter community-supported agriculture offering if it could recruit more producers. “The demand was mind-boggling to me,” she says, “and very encouraging as well.”
Bread Riot is working to grow its programs and continue its educational and marketing efforts.
“Farmers are expected to do everything including marketing,” she says. “We want to take that burden off of them as much as we can.”
Bread Riot and Cabarrus County Food Policy Council will hold a joint meeting June 12 at the Center for the Environment on the Catawba College campus to further nurture connections between producers and consumers. The meeting is open to the public.
Citizens of Cabarrus and Rowan can support the cause by getting to know their local farmers, shopping locally and spreading the word, says Newton. He urges people to tell their friends about locally grown foods.
“It’s all about personal decisions and spreading the gospel of local food,” he says.