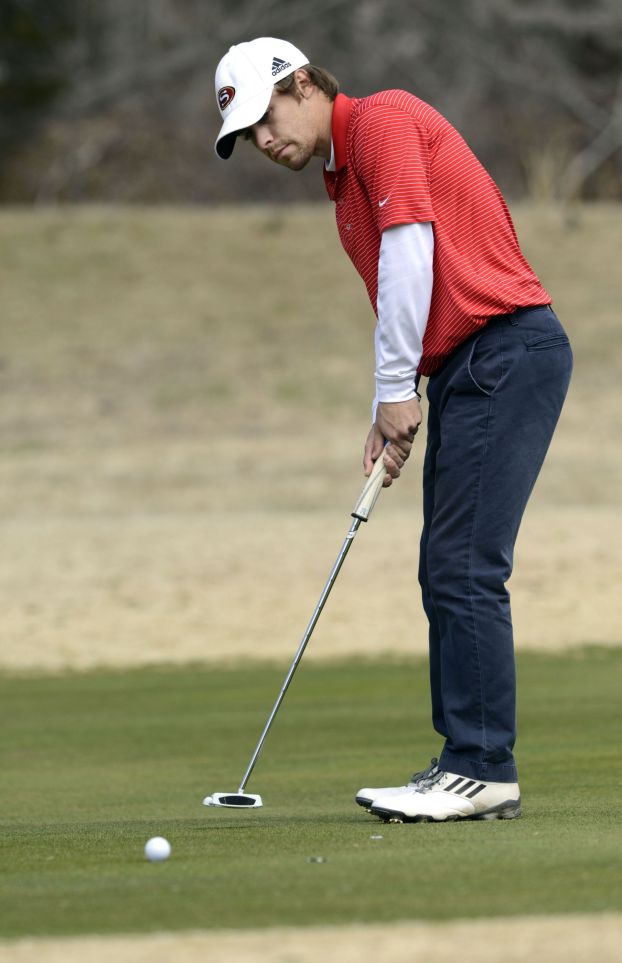 SOUTHERN PINES — Salisbury senior Eric Edwards leads the field at the state 2A championship after one round at Longleaf Golf and Country Club.
Edwards’ effort led SHS to a third-place showing with 18 holes to go. Salisbury shot 315 Monday, 11 shots back of leader Newton-Conover and three behind second-place Shelby.
Edwards was 4-under after 16 holes with five birdies during the day. Edwards bogeyed the last two holes to finish at 2-under 69.
“He was really locked in,” Salisbury coach Dale Snyder said. “Unfortunately he had a hiccup those last two holes. He’s ready and focused for tomorrow.”
Edwards leads by a shot over Newton-Conover’s Trey Burton and Shelby’s Elliott Grayson. Edwards tees off at 10:10 a.m. today.
Salisbury junior Abraham Post finished with a 76 after reached par on 15 holes. Chris Queen (83) and Gabe Steinman’s (87) scores also counted for the Hornets.
“I thought we played really well on the front nine,” Snyder said. “We kind of struggled on the back. We’re 11 shots back and I think we’ve got a chance.”