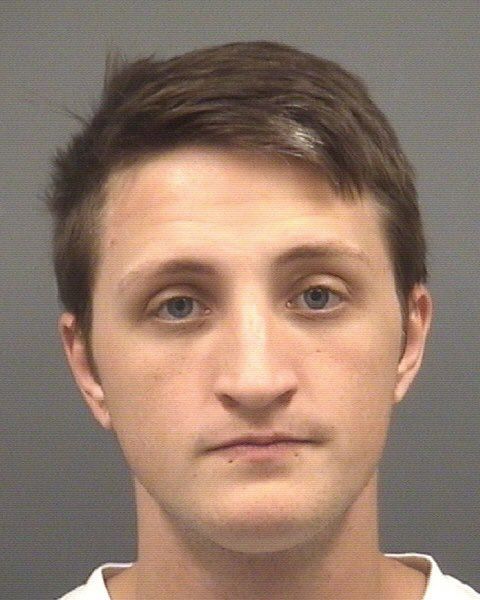 Authorities charged a Concord man with felony marijuana possession after he drove through Relay for Life event traffic at the Rowan County Fairgrounds.
Members of the Rowan County Sheriff’s Office Aggressive Criminal Enforcement Team were helping with traffic May 2 on Julian Road.
Patrick Stephen Kelly, 24, of the 200 block of Parkwood Drive Northwest, told an officer he didn’t realize the traffic was congested and was trying to get to his friend’s house. An officer could smell marijuana coming from the car and told Kelly to pull over.
The officer searched the vehicle and found 2 ounces of high-grade marijuana in the back seat. There was also a plastic bag in the car with some marijuana in it.
Kelly was charged with felony possession with intent to manufacture a controlled substance schedule VI, misdemeanor maintaining a dwelling or vehicle for controlled substances and misdemeanor possession of drug paraphernalia.
A report said Kelly seemed offended that the officer would ask if there was any other contraband in the car. He told the officer he “didn’t see that it was possible there was more” drugs in the car, a report said.
Kelly initially didn’t comply with the officer’s commands, but did after the officer removed his Taser from its holster.
Kelly was issued a $20,000 secured bond and has since been released from the Rowan County Detention Center.
Contact reporter Shavonne Potts at 704-797-4253.