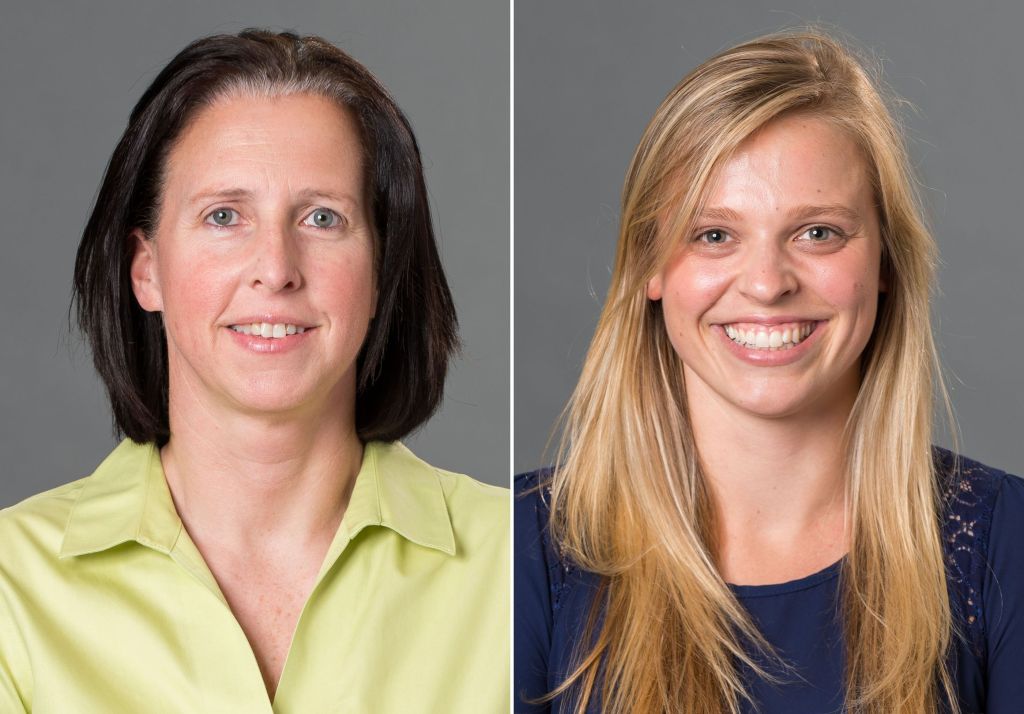 RICHMOND, Va. (AP) — One was the constant in Richmond women’s basketball, the beloved assistant coach who had been on staff for 15 seasons, remaining through two coaching changes. The other was hardly out of college, always cheerful and willing to help.
Associate head coach Ginny Doyle and director of basketball operations Natalie Lewis were killed Friday in a fiery hot-air balloon crash along with the pilot, Daniel T. Kirk, who had 20 years of flying experience and was affectionately known as “Capt. Kirk.” The three were mourned Sunday by friends, family and colleagues alike.
“There’s not a person in this business that doesn’t see Ginny as just a light,” Joanne Boyle, now the coach at Virginia, said of Doyle, who was on her staff with the Spiders from 2002-05. “She was just a light for other people, and when you talk about this business and the genuineness and caring about the kids and what’s best for the student-athletes, she epitomized that.”
Doyle, 44, was hired by Bob Foley at Richmond in 1999. When Boyle got her first head coaching job, replacing Foley at Richmond, Doyle “just rose to the top” in an interview and Boyle decided to keep her on staff.
She also tried to get Doyle to come along when she left for California, but with no luck. Instead, Doyle stayed on when Michael Shafer took over, and rose three years ago to associate head coach.
Lewis was a four-year letter-winner in swimming who just completed her second season with the basketball program. Her job required great organization skills as she made travel, hotel and bus arrangements for the team, planned for meals and handled day-to-day basketball business.
In the grind of a season, broadcaster Matt Smith said, she was a shining light, too.
“Sometimes when you work in sports, coaches can be so high strung and so focused on the next game or what’s going on that you feel almost uncomfortable when you go into the office, but her being the first one that you would see, she always had a smile on her face,” Smith said.
Smith met Doyle as a junior in the 1990-91 season, her first with the Spiders after transferring from George Washington. She became a star and later figured in one of the most revered moments in the program’s history. As a senior, she set an NCAA record — for men or women — by making 66 consecutive free throws, an accomplishment that earned her dubious recognition from CBS college basketball analyst Billy Packer.
Packer, an 81.9 percent free-throw shooter at Wake Forest, scoffed at the record on air and noted that women use a slightly smaller ball, which in his mind made it less impressive.
Hearing that Packer was going to be in Richmond on another matter, the school invited him to come shoot against Doyle, and about 1,200 fans watched the duel at the Robins Center on Feb. 2, 1992.
It was no contest: Doyle, using a men’s ball, made 20 of 20, with only two of them touching the rim. Packer, to the delight of the crowd, missed eight of his 20 attempts.
Her record has since been broken, but years later her foul shooting, as well as her love of the game and her players, remained on display, according to Robert Fish, a Richmond alum who also has called women’s games on radio.
“When I would go to practice to do an interview with (Shafer), Ginny would be in there playing one-on-one with somebody, or challenging somebody to a free throw shooting contest,” Fish said. “The kids loved her.”
Kirk, the balloon pilot from Delaware, was known by fellow pilots as “Capt. Kirk,” the hammy commander of the USS Enterprise on the TV series Star Trek.
Steve Hoffmann, who said he taught Kirk to fly and built the balloon he was piloting, called him “one of the nicest guys in the world” and a consummate professional.
“He was not a hot dog, not a risk taker,” Hoffmann said. “It’s so unbelievable that everyone’s in shock.”
The balloon was among 13 that lifted off Friday on a preview night for the Mid-Atlantic Balloon Festival when it drifted into a power line, burst into flames and fell into a heavily wooded area about 25 miles north of Richmond.
On the ground, “it was complete silence,” spectator Nancy Johnson said. “There were people praying. It was horrible.”
State police spokeswoman Corinne Geller said another pilot interviewed by investigators described how the pilot tried to open vents to release extra-hot air in an attempt to keep the balloon from rising faster.
“Based on witness accounts, he did everything he could to try to save the passengers’ lives,” Geller said.
The remains of the third victim were found Sunday, but authorities did not release their name. The other victims had already been found.
The National Transportation Safety Board is investigating.