Walter Bennett used his past to inspire novel 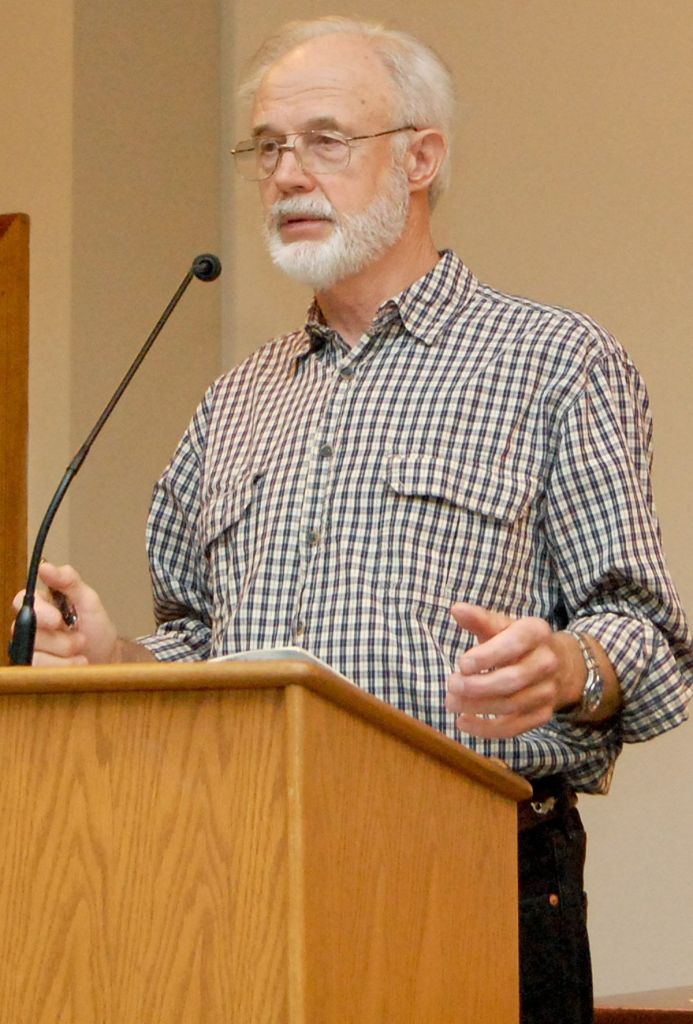 Walter Bennett, author of “Leaving Tuscaloosa,” confessed to people at the April 26 Rowan Reading Rendezvous that part of his novel of unrest and terror during the civil rights movement is based on his own experience.
Bennett is from Tuscaloosa, Ala., leaving in 1961 to go to college. “In the ‘60s, there was lots of agitation” in Alabama, with civil rights riots in Birmingham. The ripple effect was strong and it made a big impression on Bennett.
“I kept trying to write other novels … but it became imperative for me to write this novel,” he said.
It’s a moral tale, he said, and he hopes reading it is a rewarding experience. It focuses on two young men, one an angry young white man who comes from privilege, although his parents are divorced and his father has little use for him. The other young man is black and poor, working in a burger joint where only white people eat. Acee is pulled in two directions. The black preacher wants to groom him to be the next religious leader of the black community. Acee’s older brother is helping to organize protests for civil rights. He’s a dangerous radical. He wants Acee to be part of the change.
The book follows the two through an intense period during which lives are lost and saved.
Bennett read parts of the book about the white boy, Richeboux, riding in a car with three other white teens, cruising through the black section of town with plenty of eggs to toss at unsuspecting residents. At the same time, the preacher is walking along the street and the inevitable clash occurs.
Pat Beck, a member of the Friends of Rowan Public Library, asked Bennett if the book was based on people he knew.
“I always get that question. … I was in a car like that, in the same situation. … I knew I shouldn’t be there.” Someone in the car did through an egg, and the black man it hit started chasing that car. Bennett said that was a defining moment.
“All of a sudden, you realize you really don’t know much at all about people.”
The event had “a tremendous effect on me,” which shows in the intensity of “Leaving Tuscaloosa.”
Martha O’Quinn, who came from Hendersonville to visit her sister, Jean Morgan, of Salisbury, asked Bennett, “Was writing this cathartic?”
“In a way,” Bennett said, “It was a huge learning experience.” He reflects on what he learned, what he felt then. “It was really a journey of learning.”
John Basinger asked Bennett, “Have race relations improved?”
“Yes and no,” Bennett said. “I would be more positive, until I did a reading tour of Alabama, and same places are like going back 30, 40 years.”
Bennett said later he enjoyed the Rendezvous, especially getting to spend time talking to poet and teacher Anthony Abbott, who also did a reading from his recent work.