Test your knowledge with the Mother’s Day quiz 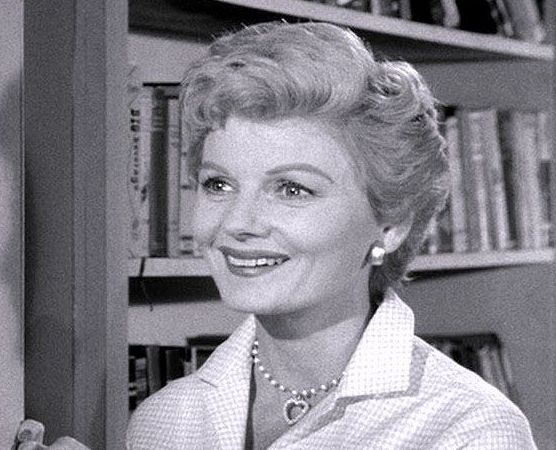 Note from the guy who compiled this quiz: Abraham Lincoln said, “All that I am or ever hope to be, I owe to my angel mother.” We here at the Salisbury Post are sure you know a lot about your mother, love her very much and are celebrating her stupendously today. But how much do you know about other mothers? All kinds of mothers? And mother-related things? We’re testing your knowledge with the Mother of all Quizzes. And if we have an answer here that you know is wrong … well, don’t blame us Ms. Smarty Pants, we cribbed most of this from the Internet. Have fun. (Answers at at the end.)

1. What is the traditional Mother’s Day flower?

2. In a well-known nursery rhyme, who found the cupboard bare?

3. That nursery rhyme is from the collection of:

d. None of the above. Geese can’t rhyme.

4. Who said: “My mother was the most beautiful woman I ever saw. All I am I owe to my mother. I attribute all my success in life to the moral, intellectual and physical education I received from her.”

5. In what sci-fi film is Mother the name of the starship computer that awakens the crew from hibernation?

6. What is the largest number of children born to one mother?

d. Don’t know, but she lived in a shoe and had so many she didn’t know what to do.

7. In the 1987 movie, what did Danny DeVito’s character ask Billy Crystal’s character to “Throw Momma” from?

d. The Mark Twain reading. She was being loud.

9. What was the age of the oldest woman to give birth naturally?

d. Nothing above that last one could possibly be considered natural.

10. The age of the oldest woman to give birth through in vitro fertilization?

11. Who said: “If evolution really works, how come mothers only have two hands?”

d. Every mother ever

b. The Rolling Stones

13. Who said: “My mother’s love has always been a sustaining force for our family, and one of my greatest joys is seeing her integrity, her compassion, her intelligence reflected in my daughters.”

b. Kris Jenner (“Keeping up with the Kardashians”)

14. How heavy was the heaviest baby ever born to a healthy mother?

d. If there was one heavier than that, I don’t want to know.

15. Director Rob Reiner’s mother uttered a memorable line during a diner scene in the 1989 romantic comedy “When Harry Met Sally.” What was it?

a. “Does she want fries with that?”

16. What is the mother of invention?

17. Who said: “But behind all your stories is always your mother’s story, because hers is where yours begin.”

19. What is the most popular Mother’s Day gift?

20. So what are you doing for your mother today?

Mother of all Quizzes answers:

1. d. Carnation — Traditionally, red carnations are for a living mother and white ones are for a mother who has passed away.

6. c. 69 — According to Guinness World Records, the most prolific mother in history lived in Russia in the 1700s and gave birth to four sets of quadruplets, seven sets of triplets and 16 sets of twins. Guinness identifies the woman only as the wife of Feodor Vassilyev, who had 18 more children with his second wife. For this guy, nearly every day was Father’s Day.

10. c. 69 — Rajo Devi Lohan, who lives in a remote village in India, gave birth to daughter Naveen. She nearly died from complications 18 months later, but survived.

13. a. Michelle Obama. If you said Kris Jenner, give yourself a point for sarcasm. If you really thought it was Kris Jenner, you lose all your points.

14. b. 22 pounds, 8 ounces — According to Guinness World Records, the heaviest baby born to a healthy mother was a boy born to Carmelina Fedele at Aversa, Italy, in September 1955, although whether she felt all that great afterwards is up for serious debate.

15. c. “I’ll have what she’s having.” Billy Crystal who played Harry, suggested the line after Meg Ryan, who played Sally, described to him how she was going to perform her part of the scene, which we cannot describe in a family newspaper.

18. This is a trick question. Unofficially, the first Mother’s Day was celebrated in 1908, when Anna Jarvis held a memorial for her mother in Grafton, W.Va. Jarvis had been campaigning since 1905 to have a holiday honoring mothers recognized. In 1910, West Virginia became the first state to do so, and in 1914, President Woodrow Wilson signed a proclamation designating the second Sunday each May as a national holiday to honor mothers. So, if you said b, c or d, consider yourself correct. If you knew all of the above information, get outside and get some exercise. You’re reading Wikipedia too much.

19. Does it really matter? You could give her all of the above and it wouldn’t be enough. She went through labor with you!