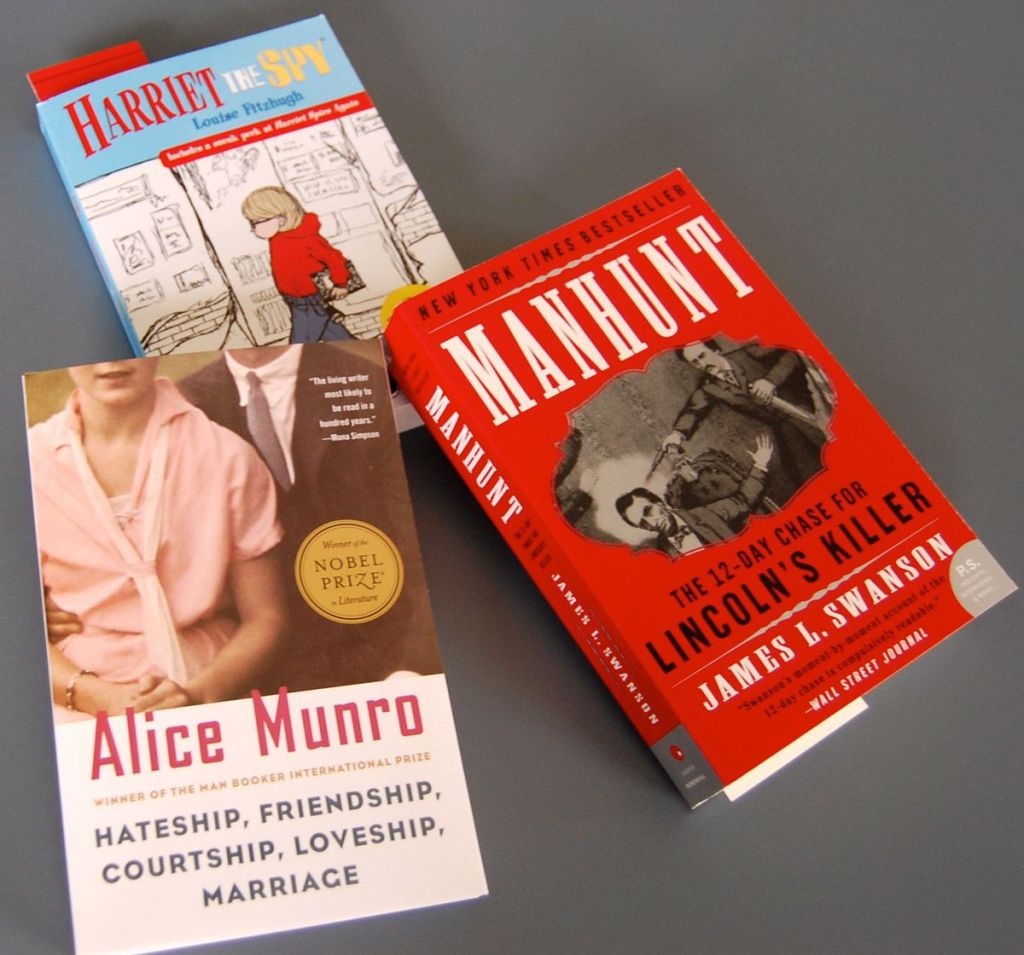 SALISBURY — It looked for a while like the Summer Reading Challenge was going on a sabbatical this year. Organizer Barbara Setzer has retired from the program twice and was serious about it the second time.
Instead, Salisbury author, actress, playwright and poet Jennifer Hubbard decided she would take a turn at selecting and discussing summer reading for the community.
Hubbard has been busy promoting her second young adult novel, “And We Stay” for a while now, but she likes to keep busy. She’s also directing for St. Thomas Players this summer. But even that wasn’t enough. In addition to all her other talents, Hubbard has been a teacher and the teacher in her was intrigued.
This year’s Challenge will be a little bit different. Instead of three discussions and a wrapup event, we’ll just have three discussions and they will take place at the Norvell Theater in downtown Salisbury.
Piedmont Players graciously donated the use of the theater this year. The event had been held at Trinity Oaks Retirement Center, but with construction on Klumac Road of a new bridge, some people had a hard time getting there for last year’s events.
Hubbard had a good time picking the books.
First up is “Harriet the Spy” to celebrate the book’s 50th year in publication. Many, many people remember enjoying the book as children.
“It’s one of my very favorite books,” Hubbard says. “It’s so smart, so influential to so many writers. It is wise and funny and doesn’t ‘dummy down’ for the kids.”
Hubbard thought that it might be fun for adults to read a classic children’s book and look at it from an adult perspective.
“The talk will be pitched for adults, but children are certainly welcome.” The first talk is scheduled for Tuesday, June 17. “Harriet the Spy’ is by Louise Fitzhugh .
The second book is non-fiction and Hubbard and her husband, Steve Cobb hope it will appeal to male readers, as well as female.
“Manhunt: The 12-Day Chase for Lincoln’s Killer,” by James L. Swanson is a true story that reads, Hubbard says, “like a thriller by Patricia Cornwell,” who called it a “brilliant” and “haunting” account that “places you in the room” as the president dies and “carries you across the countryside as Booth escapes.”
Hubbard was drawn to this book because it’s seldom that her husband sits down to read and doesn’t stop. “It’s a page turner,” she says.
“I wanted it for the historical significance that’s related to the Civil War,” she said. It’s been 150 years since the war, sparking numerous events to commemorate it. Hubbard warns readers not to pick up a book with a similar name that is the story of Osama bin Laden’s death.
“I wanted a non-fiction book. Not a lot of attention gets paid to nonfiction.”
Husband Steve is a high school math teacher at Cannon School and “huge history buff.” He will lead the discussion on Tuesday, July 29 at the Norvell.
The third book in this year’s Challenge is by Alice Munro, who won the 2013 Nobel Prize for Literature for her body of work. “Hateship, Friendship, Courtship, Loveship, Marriage” is a collection of stories that includes what is considered one of Munro’s masterpieces, “The Bear Came Over the Mountain.”
“She’s always been one of my favorite writers. I wanted to bring her to people’s attention.” Hubbard says.
Munro is known for her skill with short stories. Hubbard runs into “dislike for short stories a lot, but I don’t subscribe to that. … As an English teacher, short stories are great tools and as a writer who values economy, they’re important.”
Hubbard says she, and many readers can read a short story and feel satisfied that they’ve accomplished something. “It’s interesting to study the style” of short stories, she says.
“Alice Munroe, more than any other writers except William Trevor, can tell you an entire lifetime” in a short story. “It just stuns me. I can never predict where (Munro’s) stories will go.” Hubbard thinks Munro writes male characters as well as female ones, though she’s known for her stories featuring women. “The Nobel is about a lifetime of work,” Hubbard emphasizes. “She’s a writer other writers pick as one of their favorites.”
Hubbard will discuss Munro’s book on Tuesday, Aug. 12.
All the talks are free and open to the public. All will be at 7 p.m. in the Norvell Theater at 135 E. Fisher St. in downtown Salisbury.
Hubbard says Piedmont Players was very gracious to allow the use of the theater.
The discussions will not be a “free-for-all,” but will have some structure. The talks will have a little history, background and context for each book. At the end of the discussion, people can ask questions. “It’s like a mini-class,” Hubbard says, “Not quite like a book club discussion.”
The books are all available in paperback at Literary Bookpost & Just the Thing in downtown Salisbury, as well as in ebook format.
Look for reviews of each book throughout the summer, starting with “Harriet the Spy.”