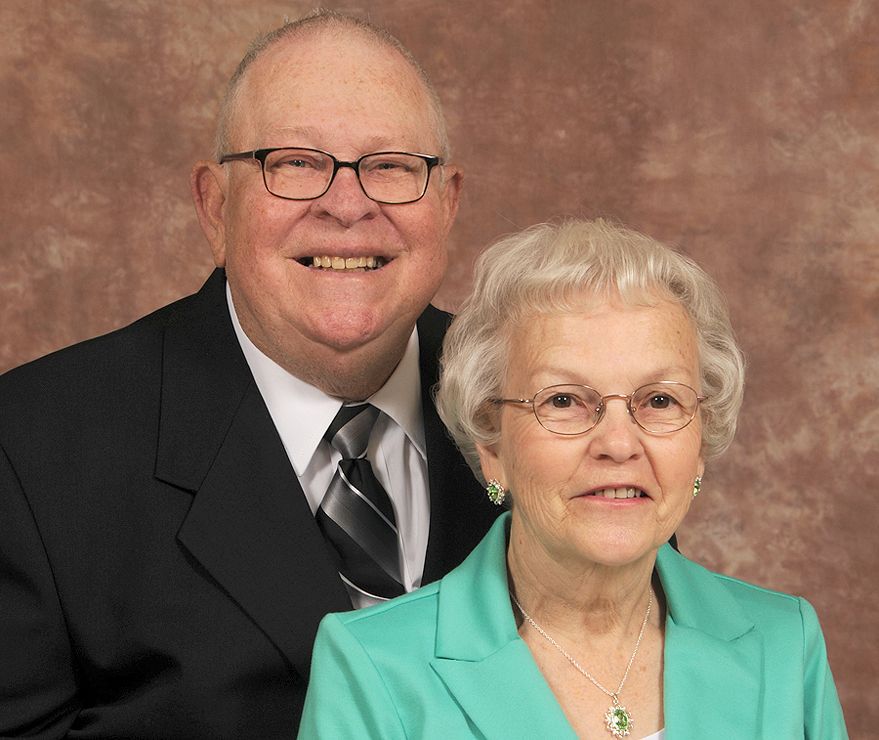 Fifty years ago, Donald Edgar Schroyer Jr. chased his sweetheart, Georgetta Hatfield, through the mountains of Pennsylvania and when he caught up with her, they began to share their lifetime love of the outdoors and a military career of world travel.
They were married May 9, 1964, at First Evangelical United Brethren Church in Connellsville, Pa., by Rev. Lester M. Crum. Donald retired from the U.S. Army as a Sergeant Major in 1985 after serving 23 years and from the U.S. Postal Service in 1997. Georgetta took pride in the home, kept the garden tended, and raised two children along with a menagerie of animals. They retired to their delightful farm in Rockwell where they currently reside among their many wonderful neighbors and friends.
The couple is thankful for having been blessed over the decades by the love and support of their many friends and family, especially their children. The Schroyers have one daughter, Janine Ann Allen (Phillip) of Smithfield, and one son, Jeffrey Alan Schroyer (Tonya) of China Grove. They have four grandchildren, Brandon, Harrison and Colton Allen and Alina Schroyer.
Their children and grandchildren are thankful for the support and many life lessons imparted to them throughout the years and celebrated the Schroyers with a 50th Anniversary dinner at Emma’s restaurant in Salisbury.
Donald and Georgetta would like to thank all of their friends and family for the cards and the wonderful celebration in their honor.