Smoke but no fire at ‘The Salisbury’ 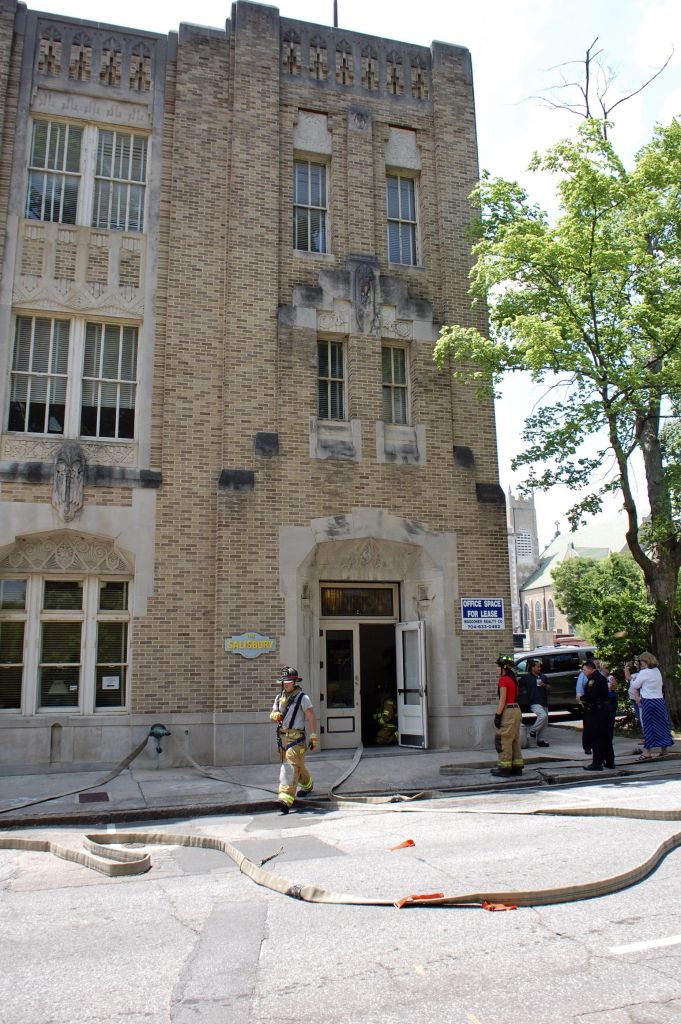 SALISBURY — Salisbury Fire Department crews investigated smoke early this afternoon in the upper floors of The Salisbury, a professional building at 121 W. Council St.
A mechanical problem in the elevator was thought to be the source of the smoke, which led to an evacuation of the blond-brick building toward the end of the lunch hour.
Tenants in the three-story professional building include an attorney’s office, substance abuse counselors and Carnival Publications in the basement.
Rowan Museum Inc. Executive Director Kaye Brown Hirst said her museum also stores some items on the second floor.
The building is across West Council Street from St. Luke’s Episcopal Church.
Water lines were charged and at the ready while firefighters went through the building. An all-clear, under-control report was issued at 1:44 p.m.
A physician in Virginia reportedly owns the building, which is managed by Wagoner Realty. Salisbury Fire blocked off the 100 block of West Council Street and responded with five firetrucks.
Battalion Chief Jay Baker established a command vehicle at the scene.
Contact Mark Wineka at 704-797-4263.