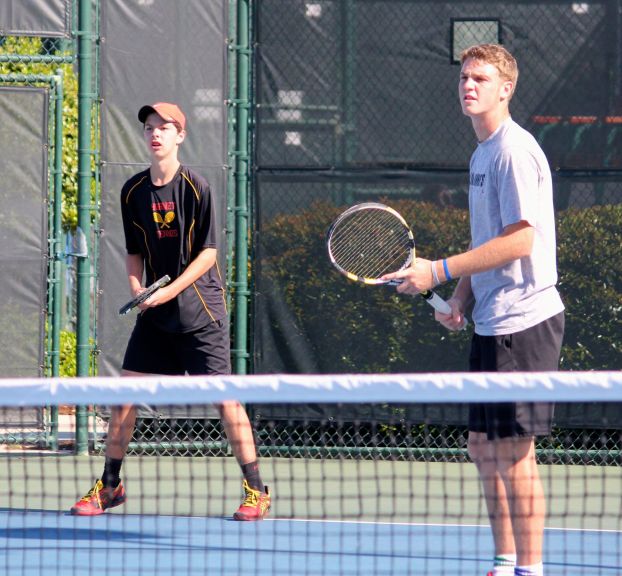 Salisbury with 3 in semifinal

CARY — Salisbury will have singles and doubles entries in the state 2A tennis championships at Cary Tennis Center today.
The doubles team of Spencer Storey and Clint Comadoll beat Aaron Viser/Connor Bass of Clinton 6-0, 6-2 in the first round and topped Robby Taylor/Dylan Costello of Greene Central 6-2, 6-2 in the quarterfinal. Storey/Comadoll will take on Max Fritsch/Jake Zinn of Carrboro today at 9 a.m.
SHS’ Michael Ogden, a state champion in 2012, will face Brian Freiburghouse of Carrboro in the semifinal. Ogden beat Schrader 6-2, 7-5 in the dual team playoffs earlier this week. Ogden beat Ian Lobaugh (Durham School of the Arts) 6-0, 6-0 in the first round before besting Ryen Reid (Newton-Conover) 6-1, 6-1.
Hendersonville’s Jacob Fuqua and Joseph Schrader of Brevard make up the other singles semi.