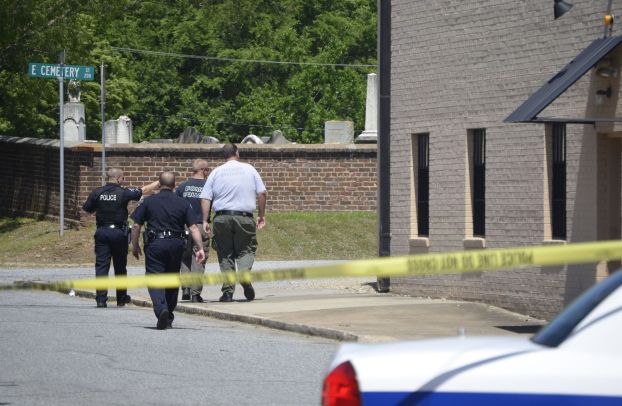 Live grenade found at Beggars Bazaar; bomb squad called in to take care of it

Police had to temporarily evacuate businesses near East Cemetery Street and part of the 400 block of North Lee Street around 1:30 p.m. Thursday after employees at Beggars Bazaar discovered a live grenade inside a box.
Employees with the store, which deals in antiques and other previously owned merchandise, had received items in a box that had been acquired through an estate sale. An employee sifting through the box found the grenade with pin still intact. Salisbury Police responded, and as a precaution, blocked off access to streets that led to the business. Officers also evacuated some businesses until members of the Cabarrus County Bomb Squad were called to determine if the grenade was live.
Salisbury Police Chief Rory Collins confirmed a few hours later that the grenade was live. He told a Post reporter a member of the bomb squad placed the grenade in a secured container. The grenade would be destroyed at a Cabarrus County range, he said.
The Rail Walk Studios & Gallery, just around the corner, and Lee Street Theatre, in the 300 block of North Lee Street, remained open, as did the N.C. License Plate office. A few people wandered onto the street to inquire about the situation, which was quietly contained to North Lee Street and the blocks surrounding the grouping of buildings. Beggars Bazaar is off the road and abuts Innovative Products and Solutions at 423 N. Lee Street. Salisbury Fire Department officials also remained on the scene until the grenade was contained. Law enforcement officials gave the all clear shortly after 3 p.m.
Contact reporter Shavonne Potts at 704-797-4253.