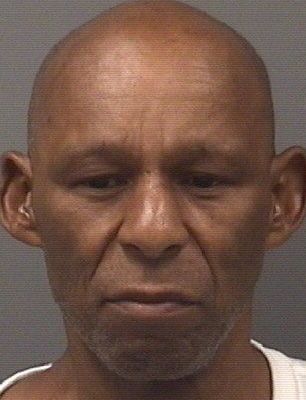 While conducting a search warrant Wednesday, police charged a 57-year-old man with possession of crack cocaine.
Authorities said the department’s drug unit, coupled with the police interdiction team, executed a search around 1 p.m. at a home in the 100 block of West Steele Street.
After reading the search warrant to Richard Taylor, officers searched him.
Authorities found a silver container in Taylor’s front left pocket, which contained 10 rocks of crack cocaine, or 1.4 grams.
Police said another 16 rocks, or 2.4 grams, were found in Taylor’s bedroom on top of a glass plate.
Police also found a .25-caliber Raven Arms handgun on the nightstand. The firearm was not reported stolen.
The department’s drug unit also seized a digital scale, a smoking glass pipe and $799.
Taylor was charged with felony possession with intent to manufacture, sell or distribute a schedule II substance, felony maintaining a dwelling for the purpose of selling a controlled substance, felony possession of firearm by a felon and possession of drug paraphernalia. Taylor was taken to the Rowan County Detention Center and received a $10,000 bond.