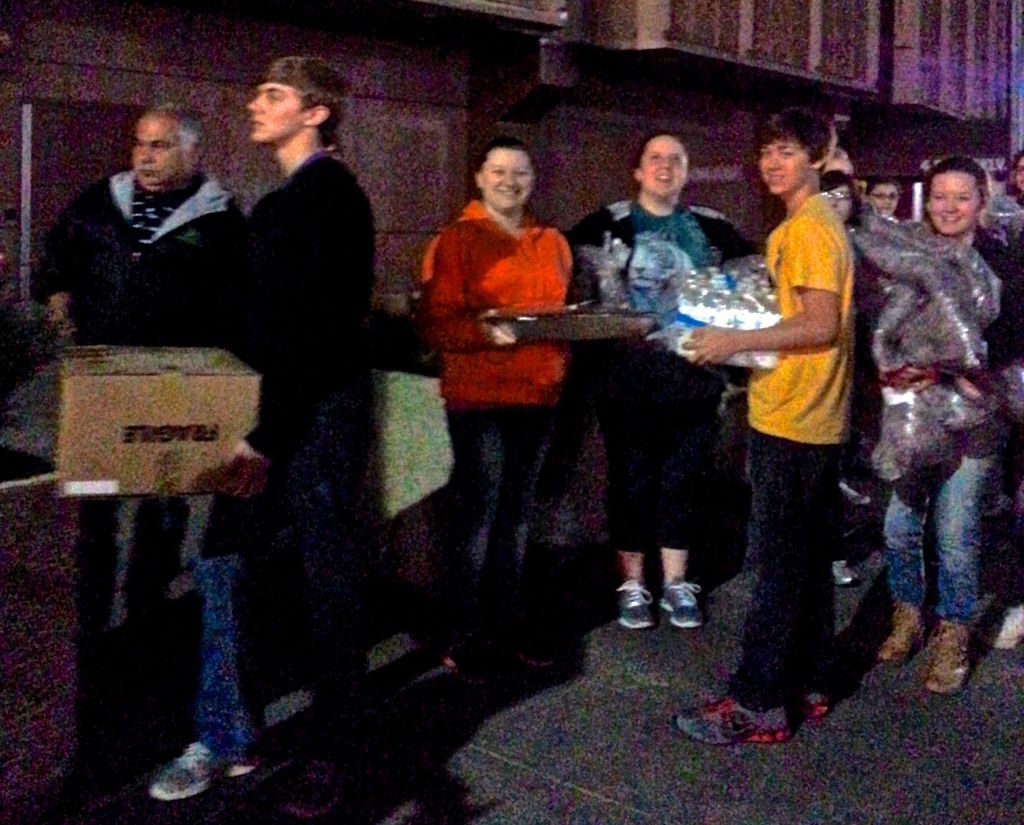 The night began by taking two teams to Penn Station to give out “tacos” to people in the area. The ”taco” consisted of a blanket, toiletries, washcloth, peanut butter and jelly sandwich, water bottle and a devotional tract. The teams also carried trash bags in case people needed to put their belongings in them.
Before the teams went out for ministry, they were given a brief training on how to approach the homeless. The students were reminded that the area they were in was home to the homeless and was to be respected.
“You wouldn’t want someone to just walk into your house sit down and start talking,” said New York School of Urban Ministry trainer Cecil.
The teams headed to Penn Station and began unloading the van, but were asked to leave by the New York Police Department as soon as they entered the station. The students were told they couldn’t give “tacos” to anyone inside or outside the station or anywhere within the block.
The students had many opportunities to hand out the “tacos” and share their faith later on that evening.
Kevin Mitchell had the opportunity to talk and pray with the gentleman and offer him the hope that comes from faith in Christ.
Jordan Moore, Emily Boggs and C.C. Lyerly met Erma, who emigrated here from Trinidad more than 40 years ago. As a former artist, her work is displayed on buses throughout the city, but she was homeless and was trying to move from the Bronx into an organizational home. The students gave her a “taco” and new trash bags to place her belongings in.
Jordan Smith and Kristen Trivette talked with a homeless individual sleeping along a wall outside of Central Park, shared a “taco” with him and let him know God loved him and cares about him.
Natalie Whicker, Cameron Taylor, Vicki Kehr, Kristen Trivette, Dakota Rios and Illa Moore met a man named James, homeless and sleeping on the street near Lincoln Center. He was trying to get to his 4-year-old daughter, Danica, who lives in Maine. He got sidetracked in New York and spent all his money on heroin. Currently, he is six months clean and is in a rehab facility, saving money to travel to Maine to get to his daughter.
The students also spoke with a former Pentecostal pastor and a soldier who served in Afghanistan, who encouraged the students along the way.
The group said the experience was eye opening and a reminder that anyone could be homeless at any time.