Smith only focused on what he can control 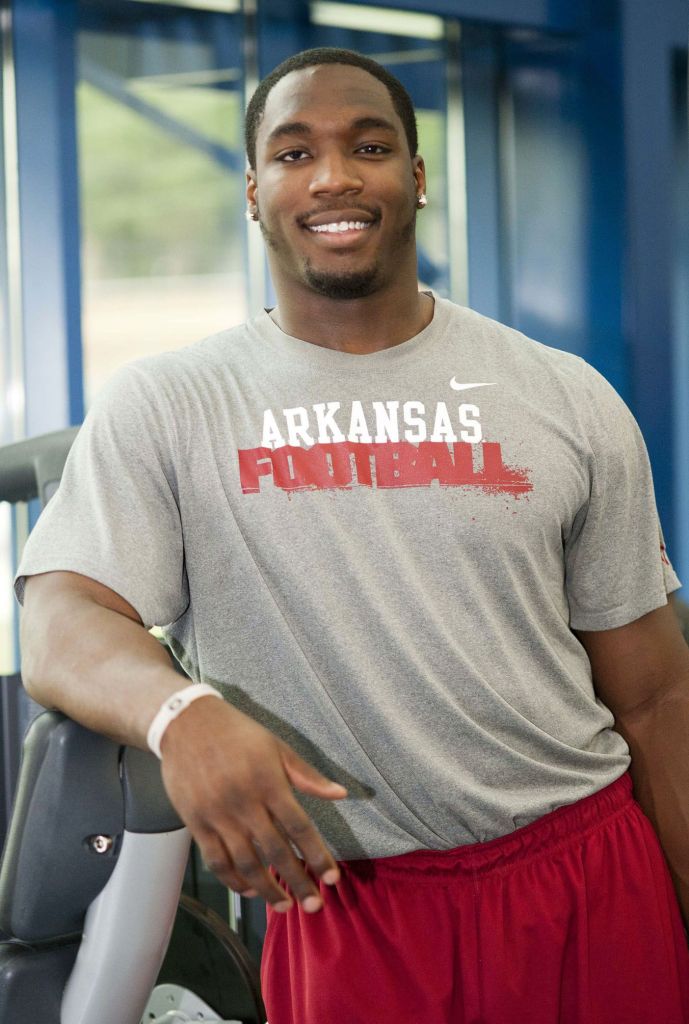 If Chris Smith were a couple of inches taller, today might be the greatest day of his life.
But tonight’s first round of the NFL Draft will likely not feature Smith, a second-team All-SEC selection at Arkansas last year.
Instead, the West Rowan graduate is hoping Friday night brings the ultimate culmination of everything he’s worked for since West football coach Scott Young and assistant Stevie Williams were taking the wannabe basketball star into a can’t-miss football phenom. Along with a yeoman’s work ethic, that’s helped Smith anticipate a second or third round choice into the most popular pro sports league in the country.
He hasn’t forgotten anecdotes like that from West, where he helped win two state 3A championships, even though greater things are ahead.
“It hasn’t hit me yet,” Smith said. “I’m going in with a positive attitude. I’m just blessed that I’m going to have my name called.”
He can’t control his height, which at 6-foot-1 is slightly below the norm for most on the defensive front lines in the NFL. It’s perceived as a drawback for defenders who make their living evading offensive linemen who generally run taller and north of 300 pounds. Smith says that’s out of his control, but not a limitation.
“They say my weakness is I’m not 6-5,” Smith said. “As far as myself, I can only control the things I can control. Some teams told me they wished I was 2,3 inches taller.”
Smith flew to New York to take part in the NFL Rookie Premiere event Wednesday. Today, he’ll come back home and watch the first round of the draft with his family. The big day figures to be Friday, when the second and third round selections are made. Smith and his family will watch from a local hotel. It’ll be a modest crowd that includes him, his mom, dad, girlfriend and 1-year-old daughter Alaina.
The second round starts Friday night at 7 and can be seen on ESPN and NFL Network.
“I want to be with the people that helped me get there,” Smith said while visiting an uncle in Columbia, S.C. “Being that I was in college 16 hours away in Arkansas, we didn’t get to spend much time together. Being in New York would take away from that.”
At the NFL combine, he and hundreds of other prospective pros were measured and graded. Although Smith didn’t have all the first-round measurables, there was a lot to like. Smith’s vertical leap was 37 inches, third-best among defensive ends. The ever-important 40-yard dash time was officially 4.71 seconds. The scouting report mentions burst, closing speed and take-off as being strengths.
You don’t have to worry about character or off-field issues. Smith’s biggest offense to date is a speeding ticket, which he said teams laughed off as frivolous. He conducted formal interviews with all 32 teams but Smith says the homestate Panthers along with the Chargers, Bears and Broncos showed a high level of interest.
“They ask you character questions,” Smith said. “Most of the stuff they already know. They just want to see if you’ll lie about it.”
He’s conversed with surefire top 5 selection Jadeveon Clowney and potential first-round pick Dee Ford, also SEC defensive linemen. They were taken by Smith’s likable personality, which scouts also noticed when Smith was training at IMG Academy in January and during the week of the Senior Bowl.
The 266-pound Smith could flourish in a 3-4 defense as an outside linebacker. The draft profile on NFL.com says Smith is “backup or special teams potential.” Smith is quick to point out Super Bowl champion quarterback Russell Wilson was selected in the third round.
Smith worked out at South Rowan after the season, getting help from Jan Dowling, who helped him with strength conditioning when he was at West. Dowling is “like a mama” to Smith.
“They’ve told me it’s easy to get into the league, but it’s hard to stay there,” Smith said. “That’s why I work out so much.”
This year’s draft is two weeks later than usual, but Smith has enjoyed the ride, cherishing each step along the way. That said, he’s still looking forward and standing tall, even at 6-1. No need to worry about size when your dreams are larger-than-life.
“I don’t want to be remembered as just a good defensive end,” Smith said. “I want to be a Hall of Famer. I want to win Super Bowls.”