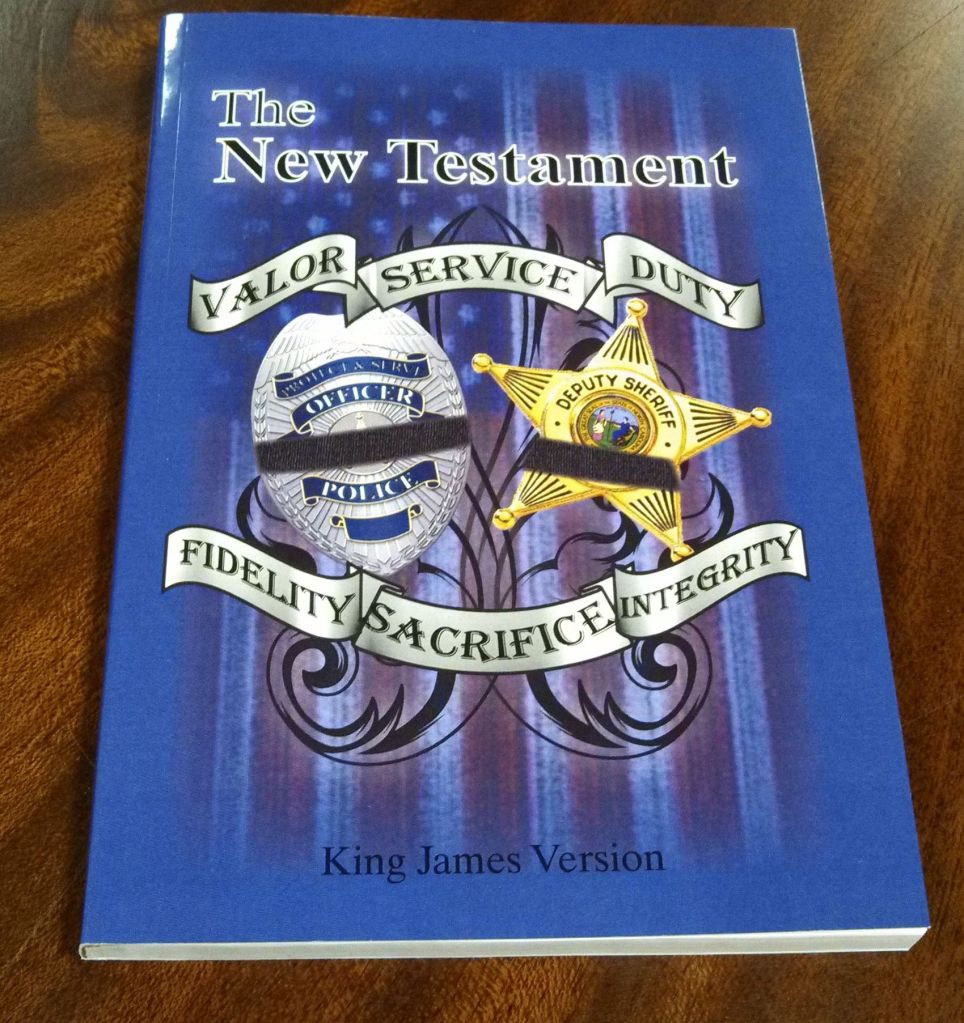 During the last decade or so the Rev. Michael Taylor has been growing his Shield a Badge with Prayer program, reaching officers, judicial officials, troopers and emergency responders, and now he’ll reach those in his hometown of Lancaster, S.C.
The program is in its 19th year and allows individuals in the community to pray for a law enforcement officer for a year. Sometimes, Taylor said, churches or individuals send officers thank you notes, gift baskets, birthday or Christmas cards. The items are sent to the agency where the officers work and is given to the officer.
Taylor is a chaplain with the Rowan County Sheriff’s Office and pastor of Phaniels Baptist Church in Rockwell where he has presided for more than 21 years.
“It’s an extension of something the Lord laid on my heart,” he said of the expansion.
He’s always thought it would be great to get Lancaster police officers and deputies Bibles. He was able to get them 250 New Testament Bibles. Each year Taylor raises funds so every officer receives a prayer Bible, wrist bands, dog tags and other materials. The Shield a Badge with Prayer program is a nonprofit and donations are tax deductible. Taylor connected with a Bible design company who took his ideas and created a new Bible cover.
This is not the first expansion the program has seen over the years. In fact, Taylor received a call from a Texas school a few years ago that wanted to establish a similar program.
“The program keeps growing. I still get calls from different states,” Taylor said.
He considers the inquiries and the longevity of the program a true testament to Rowan County.
Some churches pray for a different officer each week for the year, he said.
The officers don’t know what they may encounter and need prayers, Taylor said.
He’s asking people to renew their commitment and others who’ve never joined to make the commitment to pray for a an officer or responder.
For more information about the Shield A Badge with Prayer program, contact Chaplain Michael Taylor at 704-782-7201 or submit name, address, phone number by mail to 2675 Phaniels Church Road, Rockwell, NC 28138.