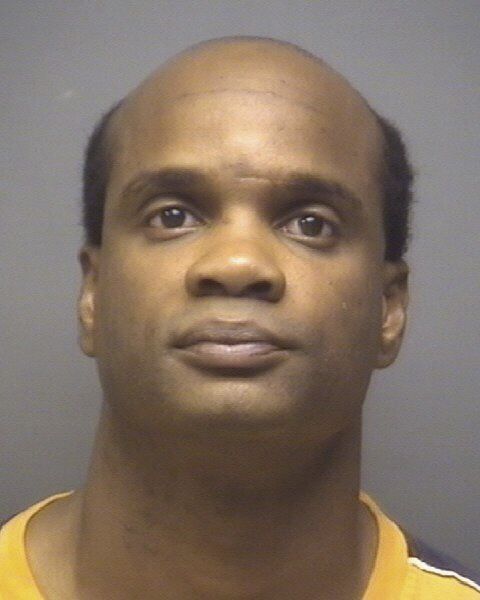 Police have linked a Salisbury man to an armed robbery that occurred two weeks ago at a local payday loan business. A clerk at Ace Cash Express told authorities a man wearing an afro wig and a clown nose came into the West Innes Street business with what she believed to be a handgun and a bomb in a briefcase.
Salisbury police issued arrest warrants Wednesday for Nigel Donovane Moore, 39, of the 200 block of Grant Street, which were served by High Point Police. Moore faces charges of felony robbery with a dangerous weapon and possession of a firearm by felon.
Moore was issued a $200,000 secured bond by Rowan authorities and is expected in court June 5, officials said. He was already in the Guilford County Jail under a $250,000 secured bond issued by High Point authorities.
Police said around 4:15 p.m., someone walked into the business located at the corner of South Link Avenue beside Domino’s Pizza, gave the clerk a note and instructed her to read it. He displayed a handgun and placed a briefcase on the counter that the clerk said contained what looked like a bomb. The “bomb” was a plastic bottle with green wires connected to it, police said.
Scared, the clerk took off into the back of the business, leaving the would-be robber out front. The suspect yelled for her to return to the counter. The clerk did not, but instead called 911.
Salisbury police were notified later the same day the suspect tried to rob a Target in High Point. Around 7 p.m., police in High Point were called to the Target store. Officers received a description of a man holding a gun on a cashier at the store.
The man had left by the time officers arrived, but they obtained a description of the getaway car and began searching the area. The vehicle was stopped and the suspect arrested.
As they were arresting the man, one of the officers spotted what appeared to be a pipe bomb on the front passenger seat. The device was a lead pipe sealed on both ends with black electrical tape around the ends and red and green wires connected at both ends, police said. It was mostly concealed inside a leather portfolio.
Officers blocked traffic and called in the Greensboro Police Department’s bomb unit, which used a robot to remove the device from the vehicle. The device was determined to be fake.
Officers found money stolen from the store while searching the vehicle, as well as the gun used along with the clothes and sunglasses worn by the robber.
On April 29, a day after the Ace Cash Express and Target robberies, local authorities searched Moore’s Weant Street Apartment with the aid of the Cabarrus County Bomb Squad. Investigators took several items from the apartment and turned over evidence to High Point police.