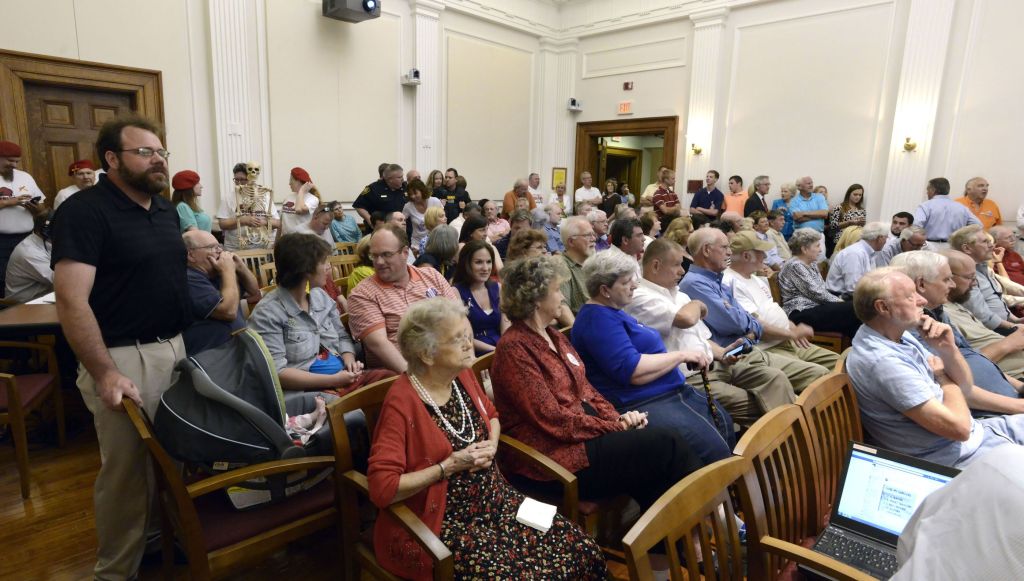 Out of 91,526 registered Rowan County voters, only 16,353 of them cast ballots in the primary.
The number represents 17.87 percent of the total voter population.
“Overall, I think we had a good day,” said Laura Russell, the county’s elections specialist. “We would always like to see a higher voter turnout percentage, as what we typically get is still pretty low.”
In the 2010 primary, voter turnout was 15.41 percent – 13,851 voters came to the polls out of a pool of 89,913.
Two years later, and almost two years ago, there were 29,440 voters who turned out to the polls for the presidential election.
Out of the 90,842 Rowan County voters in 2012, the turnout represents 32.41 percent.
“We did better than in 2010. We just didn’t get up to the 20 percent I was hoping,” said Nancy Evans, director of the county’s board of elections. “It was just a gut feeling, I was thinking we would do a little bit better than we did in 2010.”
This year, 12,538 Republicans turned out to vote in the primary compared to 3,766 Democrats.
In the 2010 primary, 9,698 Republicans voted compared to 4,066 Democrats.
The highest precinct turnouts in this year’s primary came from the North Ward at 27.51 percent and West Innes at 27.2 percent.
The lowest precinct turnouts were West Ward III at 5.6 percent and East Kannapolis at 8.65 percent.
Although Rowan County Board of Commissioners Chairman Jim Sides came in fifth in the county commissioner race, Sides managed to win seven of the county’s 41 precincts, including Kannapolis and Enochville.
The top vote-getter in the commissioner race, Jim Greene, took the lead in 28 of the 41 precincts.
Greg Edds, the race’s runner-up, won four precincts.
Although Judy Klusman managed to come in third Tuesday and guarantee her position on the Republican ticket in November, the former Wisconsin state lawmaker never received a majority of the votes in any precinct.
Greene received a majority of the votes in the core group of eight city precincts.
Klusman came in closely behind Greene in the city’s precincts, followed by Edds.
In the race for the District 77 seat in the N.C. House of Representatives, incumbent Harry Warren managed to defend his spot against Rowan County Commissioner Chad Mitchell.
Warren, R-Rowan, defeated Mitchell 4,735 votes to 2,678 votes.
Warren won a majority of the votes in 21 of the 23 precincts that had tallied votes for the Republican race.
In the register of deeds race, Republican challenger John Brindle beat incumbent Republican Harry Welch 7,083 to 4,293.
Brindle captured majorities in 39 of the 41 precincts reporting.
Rowan County Sheriff Kevin Auten beat challenger Brian Kiever by large margins in every voting precinct.
According to board of elections officials, 470 Democrats had switched their registration to unaffiliated by April 11.
A total of 674 voters changed their affiliations prior to the registration date.
“Overall, voting went well,” Evans said. “Our precinct officials all reported having a good day.”
Until canvassing, Evans said all the primary election results are unofficial.