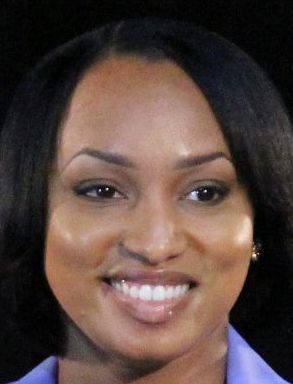 SALISBURY — Livingstone has hired Anita Howard as the new women’s basketball coach.
She replaces Angelyne Brown, who resigned at the end of the season.
“I’m honored to be here at Livingstone and become part of the Blue Bear family,” Howard said.
She comes to the Lady Blue Bear women’s basketball program with a successful coaching career.
“We at Livingstone College are excited to bring in Coach Howard. If you read about her and look at her history she is a winner, and that’s the kind of spirit we want on campus,” Athletic Director Andre Springs said.
Howard has spent the last two years as the head women’s basketball coach at Salem College out of the Great South Athletic Conference, where she built a winless program into a conference championship team. She also had a player named the GSAC Player of the Year while her team finished the regular season undefeated in conference play. Howard was named the GSAC Coach of the Year in 2013.
Prior to coaching at Salem she spent a season as the associate head coach for the Lady Falcons of Saint Augustine’s University of the CIAA. She served as the head of basketball operations as well as being the recruiting coordinator and defense coordinator. Howard gained career experience at Shaw University. While serving as an assistant coach, she help guide the Shaw Lady Bears to their 2011 CIAA Conference Championship. She also served as an assistant coach at Winston-Salem State University during the transition back to the CIAA.
Joining Howard on the coaching staff will be Shayla Fields, who is returning as an assistant coach, and Latasha Shipman-Ganus, who will serve as the associate head women’s basketball coach.
“I’m excited about my coaching staff,” said Howard. “They both come from phenomenal backgrounds so we are looking to build a championship mentality around our student-athletes.”
Howard graduated from Armstrong Atlantic State University Magna Cum Laude with a B.S. in Fine Art and Design. She played one season for AASU where she was the team captain and was named the team’s defender of the year. She led AASU to its first Peach Belt Conference Championship in 2003 while leading her team to a first NCAA tournament appearance.
Howard also played at Fort Valley State University where she was a three-time Defensive Player of the Year and led FVSU to two Southern Intercollegiate Athletic Conference (SIAC) Conference Championships in 2000 and 2001, and one SIAC runner-up finish in 1999.
Howard exemplified the term “student-athlete.” While at FVSU she made the Dean’s List twice. “I’m a leader of women, so I like to develop my players as a whole, very similar to the college’s theme of holistic learning. It’s bigger than getting a ring. We want to make sure we do our due diligence and be citizens within our community,” she said. “While being a student-athlete, it’s about being connected with our community and speaking to the alumni because they are who push the institution.”