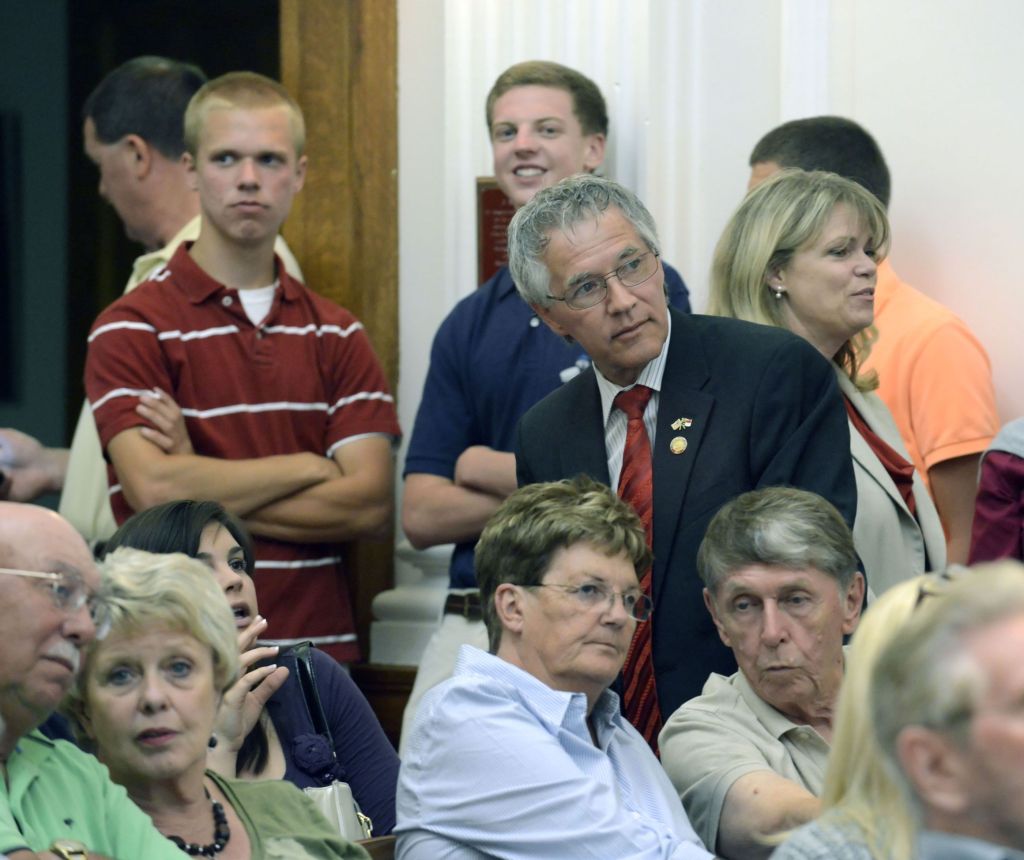 SALISBURY — Republican Harry Warren easily defended his 77th N.C. House District seat against challenger Chad Mitchell, winning nearly 64 percent of the vote.
Warren, who will serve a third term because he has no Democratic opponent in the fall, earned 4,735 votes Tuesday compared to Mitchell’s 2,678 votes.
Warren said winning the primary has taken off the pressure and now he can focus on several pieces of legislation in the works.
“I have a comprehensive bill I’m trying to get ready for the short session, and this has been a real absorption of time,” Warren said. “So not having to go through this again through the summer is a real relief.”
Warren said he is working on legislation for the short session regarding the state’s approach to illegal immigration in North Carolina. He said he also wants to complete work as a member of the Affordable Care Act Committee and has written a comprehensive overhaul of the teachers’ compensation plan for the long session.
“It was really critical for me to go ahead and run one more time so I could see if I could be there to see those through,” Warren said.
While he has no plans to run for a fourth term in 2016, Warren would not rule it out.
“I don’t know where the Lord’s going to take me,” he said.
Mitchell, who ended his public service as a Rowan County commissioner to run for the state house, said he was disappointed but happy for Warren and would support him.
It was difficult to get traction for the primary election, especially with the race for Rowan County commissioner taking center stage, Mitchell said.
“It sucked all the oxygen out of everything else, really,” he said.
Mitchell said he plans to run for elected office again but will take his time deciding which one.
“I still look forward to elected public service, and I hope that I’m able to serve again in that capacity,” Mitchell said. “Opportunities, the way they come and the way they go, it just all depends on what’s on the horizon in 2016.”