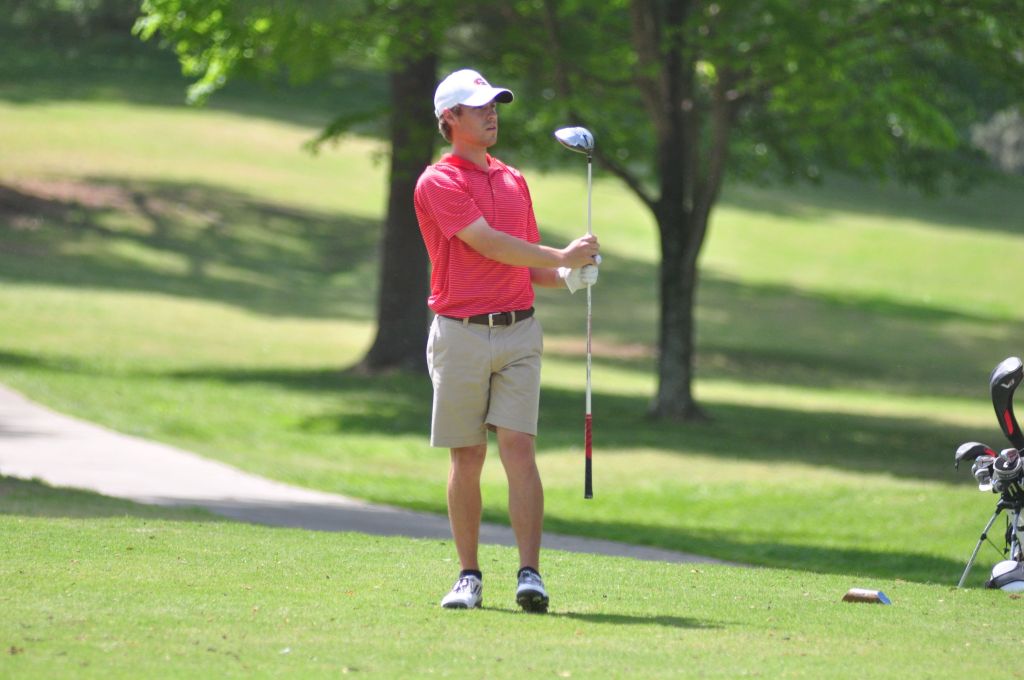 SALISBURY — Keyed by a second-place finish from senior Eric Edwards, Salisbury’s golf team placed second at the 2A Midwest region final Tuesday at Country Club of Salisbury.
The Hornets had their string of four consecutive regional titles broken by South Stokes, who finished with a 302 to Salisbury’s 306. South was led by medalist Keenan Denny, a senior who shot a 3-under par 68.
“South Stokes reminds me of us a few years ago,” SHS coach Dale Snyder said. “They got a kid who’s a senior who shot 68. You tip your cap and shake their hand. It was a great round.”
SHS again qualified for the state tournament, which is at Longleaf Golf and Country Club next Monday and Tuesday in Southern Pines.
Edwards, two-time county champion and this year’s Central Carolina Conference Golfer of the Year, shot a par 71 on the Hornets’ home course after overcoming a rough first couple holes. Edwards started with a bogey and double bogey, then birdied three of the next four holes.
Abraham Post, who also played in the Salisbury/Brevard playoff tennis match Tuesday, shot a solid 73. Post finished with birdies on No. 15 and 18 after entering 15 4-over par.
“I thought Eric and Abe played great,” Snyder said. “Especially with the pressure Abe was under. He had a big distraction, but I told him to just give me four hours.”
Salisbury won consecutive state championships in 2011 and 2012 before finishing fourth last season. Christopher Queen shot 79 for Salisbury and Gabe Steinman shot 83. John Murphy (84) and Jacob Pryor (92) also scored for the Hornets Tuesday. SHS has won at least a share of the conference for six straight seasons.
North Rowan’s Tyler Mulkey shot 79.
West Stokes (311) finished third with Wesley Stone’s 76 leading the way. WS also got good rounds from Jesse Robertson (78), Chase Cox (78) and Erza Goldbach (79). West Davidson’s Nathan Curry (72), Providence Grove’s Justin Emmons (73) and Wilkes Central’s (74) were individual qualifiers.