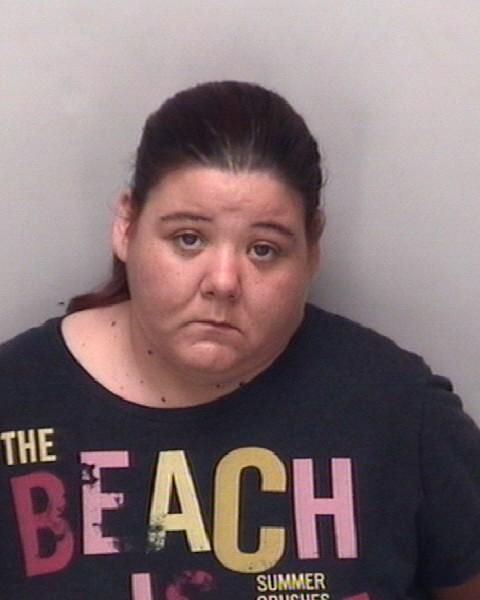 Salisbury police seized marijuana and other drug-related items — including a smoking pipe made from a vodka bottle — from a woman sitting in her car at night in a local park.
Tara Ashley Davis, 27, of the 100 block of Crawford Street, was charged with misdemeanor possession of a schedule VI substance and misdemeanor possession of drug paraphernalia. The incident occurred Tuesday at around 9 p.m.
Davis told officers she’d pulled into Town Creek Park, at the corner of South Martin Luther King Jr. Avenue and Old Concord Road, to wait for someone to bring her driver’s license, which she’d left at home.
A Salisbury Police Department report said Davis got out of the Toyota Camry. The officer asked her to get back inside.
The officer could smell marijuana coming from the car. Davis admitted to smoking some marijuana earlier in the day, the report said. The officer asked if Davis had marijuana in the car. She told the officer she had a blunt.
Searching the car and Davis, the officer found 3.1 grams of marijuana in a bag, hidden in her bra. She also had a glass smoking pipe made from a vodka bottle under the passenger’s seat, a digital scale in her purse and another smoking pipe with an image of a marijuana leaf on it.
She was issued a written promise to appear in court.

SALISBURY — In the six agonizing weeks since Steven Hadaway was swept away in an Oso, Wash., mudslide, the lone... read more