Coakley, Adams to face off in 12th District 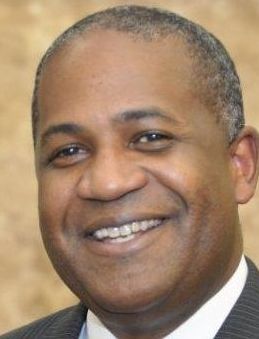 CHARLOTTE — Democrats in the 12th District primary have picked state Rep. Alma Adams in two races, one to complete Mel Watt’s term through the end of this year and a second for a new, two-year term starting next year.
Adams, of Greensboro, beat five Democrats on the ballot for Watt’s unexpired term, and six Democrats running for the full two-year term. Voters cast ballots for both races on the same day.
The 12th District includes part of Rowan County.
With 80 percent of the precincts reporting, Adams received 43.2 percent of the vote for the unexpired term, and 43.2 percent of the vote for the full two-year term. She needed 40 percent to avoid a runoff.
A retired professor and working artist, Adams told the Post earlier this year that her long record of accomplishments and experience as a teacher more than qualify her to serve the people in the 12th District.
“I served for 40 years (in education), and I have been a strong fighter for working-class people and folks who typically don’t have a voice — women and children, students and small businesses,” Adams said.
In all likelihood, Adams will replace Watt because the district, which from Charlotte to Greensboro along Interstate 85 — at some points just a few miles wide — is heavily Democratic.
But she will have to face a Republican opponent in November.
Former Charlotte television anchor and radio personality Vince Coakley won the Republican primary over church pastor Leon Threatt. Coakley had 78 percent of the vote with 174 of 182 precincts reporting.
During a January appearance in Salisbury, Coakley said he favors smaller government and personal freedom.
Drawn in 1992 as a majority-minority district, the 12th has been a Democratic stronghold, and Watt its only representative.
Watt resigned to become director of the Federal Housing Finance Agency, which oversees Fannie Mae and Freddie Mac, the groups that own or guarantee about half of all U.S. mortgages.