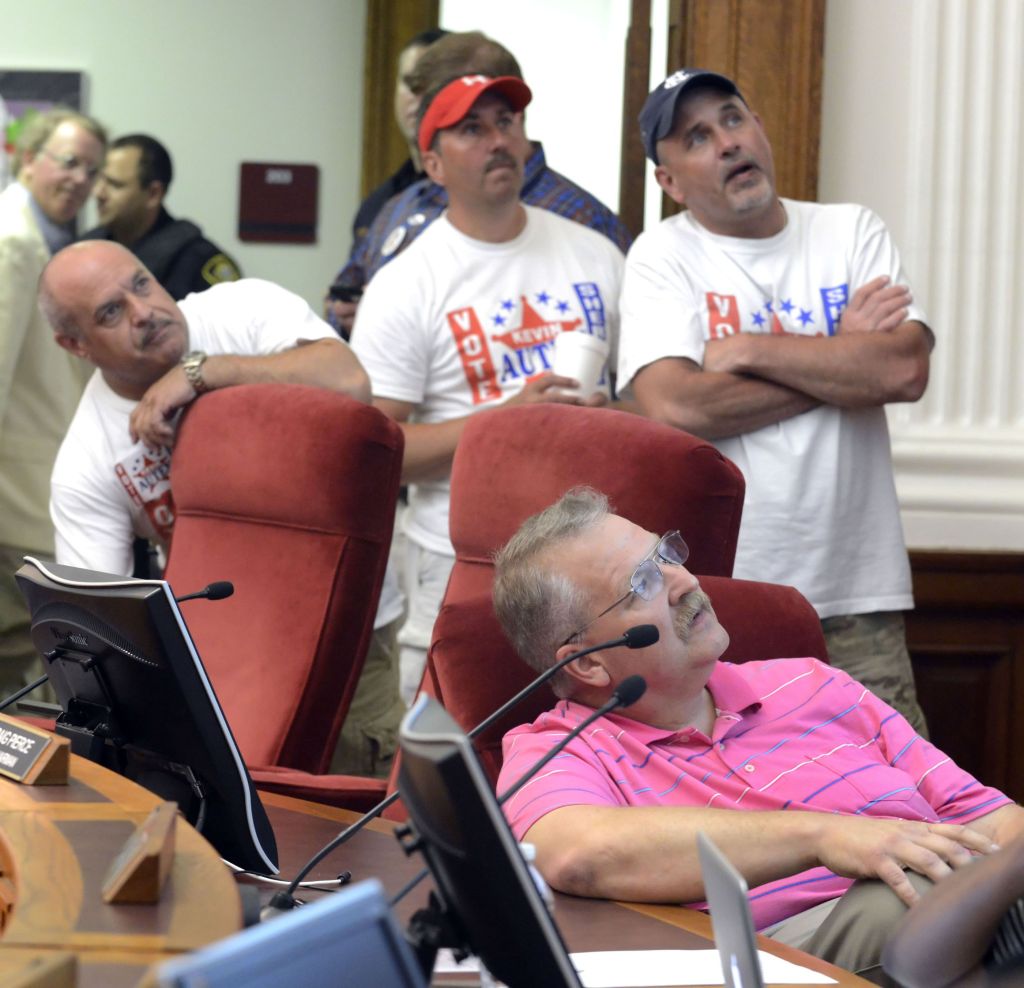 SALISBURY — Sheriff Kevin Auten won Tuesday’s Republican primary for Rowan County Sheriff with an overwhelming majority of votes.
With 100 percent of precincts reporting, unofficial results showed Auten with 10,784 votes, or 89.9 percent of the votes cast in the race.
His challenger, Brian Kiever, had 1,211 votes, or 10.1 percent.
In the Rowan County commissioners meeting room, Auten and supporters gathered to greet the public as the returns came in.
Auten said he was pleased with the result.
“The citizens have confidence in the job we’re doing at the Sheriff’s Of?ce,” Auten said.
As of about 8:30 p.m., Auten said he had not heard from his opponent.
Calls to Kiever were not returned before press time.
In the weeks before the election, Kiever had maintained that felony charges against his son, Peter, were fabricated to disrupt his campaign. Peter Kiever, 18, was arrested in March on charges including first-degree sexual exploitation of a minor, after allegedly posting nude pictures of underage girls to social media sites.
Auten did not comment on those allegations.
The current sheriff faces Democratic challenger Jacob “Jack” Eller in November.
Auten said that in the weeks ahead, his focus will be on work and upcoming events, including the Faith Fourth of July.
“I’ll leave the political side of the job aside for a while,” Auten said.