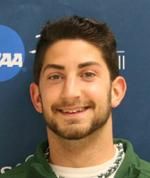 Lees-McRae senior Evan Webb (East Rowan) has been named the Conference Carolinas Field Performer of the Year for outdoor track.
Webb cleared 16 feet, 3/4 inches to win the pole vault at the Conference Carolinas Outdoor Track & Field Championships. He also placed fifth in the conference championships in the javelin with a heave of 127 feet, 2 inches.
Webb was Conferences Carolinas Field Athlete of the Week twice.
South Rowan ended its season with a 6-0 loss to Hickory Ridge in the first round of the SPC tournament on Monday.
South was held to two hits.
• East Rowan rallied to beat Central Cabarrus 3-2 in the first round and moved into a semifinal on Wednesday against host Hickory Ridge.
In the SPC tournament tonight, four first-round games are scheduled for 6:30 p.m.
East Rowan is home agianst Hickory Ridge. Carson is home against Northwest Cabarrus. South Rowan is home against Concord. West Rowan plays at Cox Mill.
In the first round of the CCC tournament on Monday, North Rowan rolled 13-3 against Thomasville.
Lee Sells pitched a complete game.
Henderson Lentz had two hits for the Cavaliers (9-13). Lentz and Carter Thomason drove in two runs apiece.
North plays in the early semifinal today against top-seeded East Davidson at West Davidson.
• Salisbury defeated Lexington 11-1 in five innings in a CCC first-round game on Monday.
The Hornets scored in every inning in the win. Salisbury was led at the plate by Will Steinman and Riley Myers. Both had three hits and three RBIs.
Alex Link had two hits and three RBIs, and John Yang had three hits.
“Last time we faced Lancaster (Will), he shut us out on one hit,” Salisbury coach Scott Maddox said. “I was concerned coming in but the guys showed tonight they learned from last time and were patient at the plate.”
Ryan Jones allowed two hits and one run while striking out seven and walking two.
“Ryan did exactly what we needed his to do tonight — he filled the strike zone and let his defense work,” Maddox said.
The Hornets had 14 hits.
Salisbury is at West Davidson tonight.
East Davidson in the CCC semi-finals at 4:30.
Shaking off their first conference defeat at the hands of West Davidson, Salisbury got back in the win column Monday against North Rowan with a 6-0 CCC victory.
It was Senior Night for six graduating Hornets: Ashlyn Heidt, Maddie Labovitz, Emma Labovitz, Allie Murphy and Kate Grant.
The class of 2014 has accumulated a 54-18-4 record overall and a 31-8 CCC record (with one remaining against WD).
Aside from Heidt (who is still out with a fractured foot), each senior scored a goal, with Grant scoring twice. Assisting for the Hornets were Grant (2), Ceci Cardelle (2), and Allie Murphy.
Juliana Anderson held the shutout in goal, her ninth of the season. Salisbury improved to 13-2-1 overall and 8-1 in the CCC. The regular season finale on Wednesday night in Tyro is a big one for the Hornets. A win or a tie delivers Salisbury a conference championship.
• East Davidson won 2-1 against West Davidson on Monday.
• Carson (13-1) takes on three of the SPC’s top teams this week. Carson is at Hickory Ridge tonight, goes to West Rowan Wednesday and hosts league-leader Cox Mill on Friday.
Area III will have a four divisions setup again this summer.
The Southeast Division is made up of Rowan County, South Rowan, Kannapolis, Concord and Stanly.
The Southwest Division is made up of Mocksville, Mooresville Legends, Mooresville Moors and Wilkes.
The Northeast Division is made up of Burlington, Eastern Randolph, High Point and Randolph County.
The Northwest Division is made up of Kernersville, Lexington, West Forsyth and Winston-Salem.
Mocksville is schedued to open on May 19 against Randolph at McCrary Park.

Roy Dixon (Salisbury) and UNC Greensboro received an invitation to the NCAA tournament on Monday.
UNC Greensboro is one of the two N.C. teams in the event, joining Wake Forest.
• The McCanless Couples played at Captain’s Choice on Sunday.
The winning team was Chris Livengood, Roger Mills and Gene and Mary Seaford.
The second-place team was Phyllis Myers, Frank Foster, Calvin Hill and Bryan Reynolds.
Mills won closest to the pin. Livengood won longest putt.
• China Grove’s Carley Cox shot 86-84 — 170 and tied for 50th in the Vicki DiSantis Girls Championship held at Pine Island Country Club in Charlotte.
Anna Redding of Concord was third. She shot 76-72 — 148.
• West Rowan is still looking for golfers for its fundraising tournament on May 31.
• In the Thursday Scramble at Rollins Hills, winners were Mike Harrigan, Bill Seamon, Gary Fink and Gerald Barker.
Closest to pin winners were Barker and Seamon.

West Rowan physicals are on Thursday, May 8, from 5-7 p.m.
The school is offering physicals for $10. The first round will be at the school and the follow up will be Saturday at Wilson Outpatient center at Rowan Regional. This physical will be valid for next baseball season.
• Salisbury physicals are being offered for $10.
This week, today and Wednesday from 3-5 p.m., pre-physical screenings will be conducted in the SHS gym. This is for height, weight, blood pressure and a vision test. Athletes will need to bring their paperwork, as well as the $10.
Physicals will be given Saturday at 10 a.m., at the Wilson Smith Outpatient Center at Novant Health-Rowan Medical Center. The forms will already be there for those that did the pre-physical screening. The process should not take more than 15-20 minutes.

Intimidators
The Kannapolis Intimidators defeated the Hickory Crawdads 5-2 on Monday behind five strong innings on the mound from Robinson Leyer.
Leyer allowed a pair of unearned runs in the fifth in his second straight victory. Leyer is now 2-0 with a 1.35 ERA in his last four outings.
Adam Engel had a two-run single in the second while Carl Thomore and Omar Narvaez drove in runs as well.
Kannapolis split the four-game series by taking the last two.
• Kannapolis’ Tyler Danish was named South Atlantic League Pitcher of the Week.
The FCCA Green Dragons (22-11-2) fell 8-7 in their final match of the season.
Ben Childress scored four goals for the Dragons (22-11-2), Maddox Goodnight had two goals, and Will Webb scored one. Bennett Clark, Oscar Enciso, Colin Donaldson, Ben Sweet, Wade Robins, Will Koontz and Hank Webb were standouts through the season.

College softball
Wingate, Andeson and Lenoir-Rhyne will represent the SAC in the Southeast Regional that starts May 9 with North Georgia and Anderson hosting.