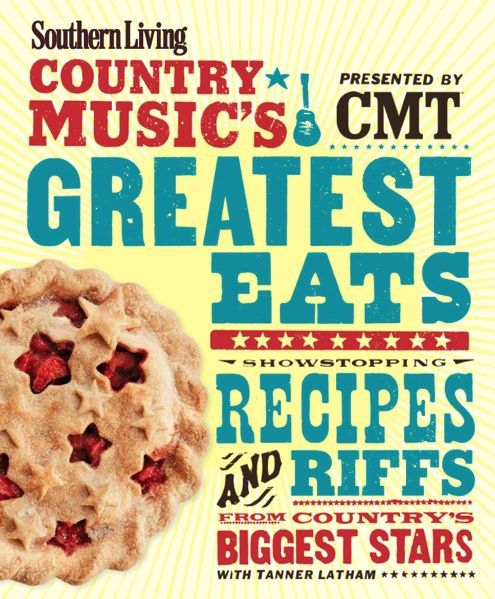 Who knew country singer Trace Adkins — the man who brought us “Honky Tonk Badonkadonk” — would have a favorite recipe for Poppyseed Chicken Casserole?
The people at Southern Living must have had an inkling. They recently paired up with CMT to produce a new cookbook that comes out today: “Country Music’s Greatest Eats” (Oxmoor House, $24.95.
It’s a backstage pass to the lives and kitchens of 30 country music stars, including Alan Jackson, Miranda Lambert and The Zac Brown Band. (Sorry, Stanly County; Kellie Pickler’s name does not show up in the index.)
The artists share recipes they grew up with, memorable meals enjoyed on the road and the dishes they love to come home to.
— CMT

‘Proof that benevolent food god exists’
You’ve heard of the cronut — part doughnut and part croissant. Now there’s a waffle-doughnut combination called the wonut.
Chicago chef Alex Hernandez launched the wonut to add a little buzz to the recent opening of his second Waffles Cafe, never suspecting that he was onto the latest breakfast-pastry sensation.
The wonut became an international object of foodie fascination soon after the website Thrillist.com last week posted pictures of wonuts being baked, fried, glazed and adorned with frosting and sprinkles. A wonut is basically a deep-fried version of Waffles Cafe’s staple fare, tricked out, donut-style. The website Buzzfeed, purveyor of all things viral, last week devoted one of its listicles to the wonut, under the headline “The ‘Wonut’ Is Proof That A Benevolent Food God Exists.’”
— Chicago Tribune
What’s next —squash?
The Oreo folks may have gone over the edge. There’s a new “limited edition” flavor of Golden Oreos: watermelon. Each cookie has both pink and green filling, both of which do taste vaguely like watermelon. Very refreshing.
— Star Tribune
Minneapolis