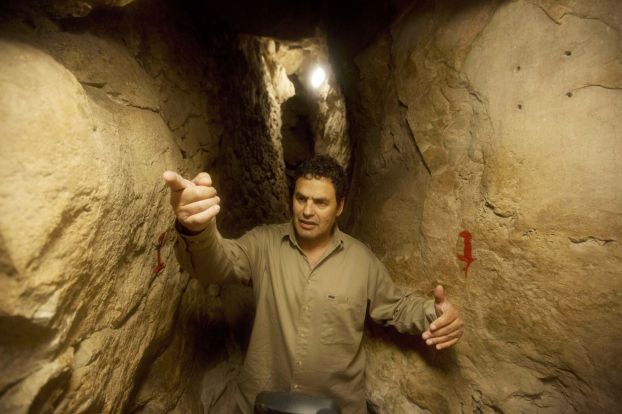 Your daily look at late-breaking news, upcoming events and the stories that will be talked about today:
1. SUPREME COURT: PRAYERS BEFORE GOVERNMENT MEETINGS CONSTITUTIONAL
Writing for the majority, Justice Anthony Kennedy says the prayers should be seen as ceremonial and in keeping with the nation’s traditions.
2. SOUTH KOREA FERRY DISASTER CLAIMS ANOTHER VICTIM
A civilian diver involved in searching for dozens of missing people is pulled to the surface by fellow divers after losing communication for about five minutes. He later dies at a hospital.
3. HOW WASHINGTON’S BEST MEASURE AGAINST RUSSIA MAY NOT BE SANCTIONS
A new IRS regulation that goes into effect this summer would penalize Russian banks with a 30% levy on U.S. investments, leaving Moscow’s investors with a huge tax bill.
4. SYRIA’S OPERA HOUSE TARGETED BY MORTARS
The symbol of the Assad family’s rule was once the center of the Damascus performing arts scene. Now it has become a target for the country’s armed opposition.
5. SPY PLANE BLAMED FOR AIRPORT SHUTDOWN
Data from a U-2 spy plane’s flight plan, that confused aircraft-tracking software, caused the shutdown of the primary air traffic control system around Los Angeles, the FAA says.
6. DON’T TRY THIS AT HOME
Some in Colorado are finding pot smoking can be a blast — especially when you try to make hash oil in a homemade lab. The number of explosions has jumped since marijuana was legalized.
7. WHY AN ARCHAELOGICAL FIND IS CAUSING A BIBLICAL STIR IN ISRAEL
The possible discovery of King David’s citadel in an Arab neighborhood in Jerusalem causes political tensions to rise and renews the controversy over using the Bible as an archaeological guide.
8. NEBRASKA CITY CAN BAR RENTALS TO UNDOCUMENTED IMMIGRANTS
The Supreme Court lets stand a ruling that found Fremont ordinance doesn’t discriminate against Latinos or interfere with federal immigration laws.
9. CRONUT INVENTOR NAMED NATION’S TOP PASTRY CHEF
New York’s Dominique Ansel who invented the croissant-doughnut hybrid dessert that went viral last year won the top honor at the James Beard Foundation Awards.
10. WHO’S STRUTTING THEIR STUFF IN NYC
Stars of Hollywood and the fashion world converge on the Metropolitan art museum for the biggest night on the New York fashion calendar.

Way back in the day, East Innes Street was one of the most fashionable residential addresses in Salisbury. In this... read more