‘You Can’t Be That’ follows female minister’s path 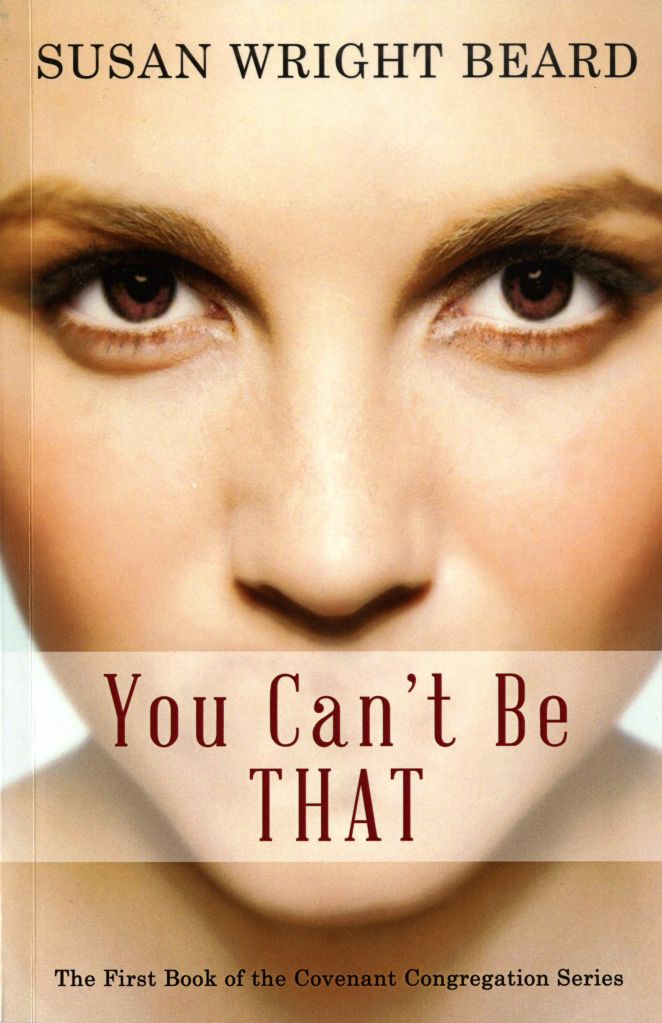 SALISBURY — Susan Wright Beard came to a point in her life when her faith challenged her to make a change.
Brought up a Southern Baptist, and with a master’s degree in religious education from the Southern Baptist Theological Seminary, Beard found herself asking why so many denominations were shutting out so many groups of people.
She began to think, “Maybe Christians should rethink who they include in their churches.” After much prayer and sadness, she left her Southern Baptist roots and began searching for a church that was open to people of all varieties.
Her book, “You Can’t Be That,” is partly based on her questions and journey, though Beard says it is not her story. “I’ve never felt called to the ministry,” she says.
The heroine in her book does feel called, and is a Southern Baptist. Annie Adams feels a strong call to the ministry, so strong she loses her boyfriend right at the beginning of the book. He doesn’t want anything to do with a pastor, especially a woman.
Beard describes the book as “the story of a rural, aging Southern Baptist congregation that calls a young woman as their pastor and then works with her to find new ways of understanding and showing God’s love in the modern world.”
That sounds like what Beard has been doing over the years, too, trying to find the God of the modern world.
Beard left a Baptist church over comments made about homosexuals. “That idea of who should be included in God’s family has been a part of my life for a long time,” she says. She also wondered why people who had served time in prison and people of different races or mixed race families were not welcome at some churches. “Why do blacks and whites have to worship separately,” she asks.
The church members in the book are “real and honest in their struggle to be inclusive and affirming of all God’s children,” Beard says. “It is true in this church as it is in many others that members are willing to ‘go out’ to minister to these groups, but tend not to ‘invite them in.’ ”
Beard says she wrote the book and plans a trilogy featuring pastor Annie Adams and her congregation because she cares about the future of God’s church, “and I believe this is what it should look like.” Annie is also looking for the right man, and her romantic interests will continue. Readers want to know more about that.
At one point in the book, the members of the church lament the decline of members across all denominations. Beard has one character say, “What we really mean is, ‘Where are all of those white, middle-class Christians who used to go to church?’ ” Beard wonders what God thinks of us.
Beard says she’s sticking her neck out by writing the book and revealing her feelings and thoughts. “It’s part of who I am. I believe those things socially, I believe in equality. … It should be part of my faith, too.”
She’s prepared for reaction, though she admits people are generally hesitant to say they disagree.
Her extremely conservative college roommate sent her a note that said, “Your book made me think.”
Another woman she knows has texted her regularly while reading it. One of her comments was, “Whoa.” Another woman said, “Oh, you wrote it well.” Beard is open for discussion.
Beard, and her husband, Jim, a retired Catawba College professor, have searched for the right congregation. For the last several years, they’ve been part of Thyatira Presbyterian. Beard still feels like she’s learning about the denomination. It seems more open to people who are different.
Beard hopes “You Can’t Be That” will open people’s minds. “It would be wonderful if just one person changes their hatred or disdain of some people” after reading the book.
She says it is not a theological work, but something any churchgoer can digest, especially those “struggling to accept new ideas in their own denominations as well as from society as a whole.” The book is also aimed at those who believe they understand “everything the Bible tells us and how it applies to life today.”
Beard says the whole thing is “kind of scary. I don’t mind making a few waves, but I don’t want to stir up the whole ocean.”