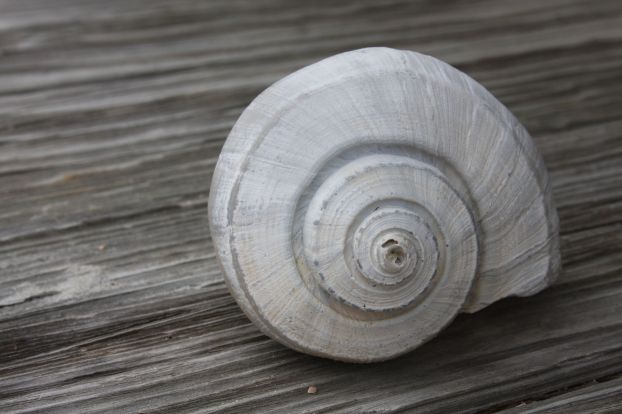 CAPE LOOKOUT — When my son was about to enter fourth grade, my parents and I took him to the Outer Banks for a lighthouse tour. That’s the year students study North Carolina.
On that trip, we stayed at Cape Hatteras, and visited the lighthouse there, along with the lighthouses at Bodie Island and Okracoke. Andrew and I also drove up the coast for a wonderful daytrip to visit Currituck Lighthouse.
The next summer, because gas was $4.50 a gallon, we stayed at a “crappy hotel” (Andrew’s wording) so we could see the two lighthouses at Oak Island and Bald Head. Yet we never made it to Cape Lookout.
Until this year.
I asked Andrew what he wanted to do for spring break. Did he want to go to Myrtle Beach, or somewhere different?
Somewhere different, he said.
“Why don’t we go to Beaufort and visit Cape Lookout?” I asked.
Sure, was the reply.
So we set out April 17 for points east. Because the weather wasn’t looking good for the weekend, we decided we’d better hit Cape Lookout upon our arrival. We drove out to Harkers Island to catch the ferry. It takes about 15 minutes to reach the lighthouse, and we decided to stay an hour and a half. Had the weather been better — the day was fairly cool and windy — we probably would’ve stayed longer.
My friend Libby later told me that her husband and younger son had kayaked over and camped out on the island, and she figured we’d do the same. My reply: “I KNOW you are kidding me.”
The National Parks Service operates the ferries, and we had a comfortable, quick ride over to the island. Once there, we found a series of boardwalks leading either to the beach on the other side of the island, or to the lighthouse. We decided to hit the beach first to look for shells. Because of the wind, we didn’t spend long on the beach. We cut over the dunes — which we probably weren’t supposed to do — and trudged through deep sand ’til we got back to the boardwalk.
Then it was time to explore the lighthouse. It does not open for climbing for another month. That was just fine with me. I’d climbed Hatteras, Currituck and Bald Head with Andrew. Hatteras was fine, but Currituck has open steps. You can see all the way down to the bottom as you climb. I had to work hard to “find a happy place” while climbing as I was not a fan of heights. At the top of Bald Head, you have to climb a ladder, then squeeze through a small opening to reach the top. Again, I was not a fan, but I did it. Most people would say the views are worth it, but I did it because Andrew wanted to.
I understand that Bodie Island Lighthouse is now open for climbing for the first time in its history. (I don’t think I’ll tell Andrew.) Currituck and Hatteras are also now open for the season.
Because it was late in the day, we pretty much had the lighthouse to ourselves. Up close, these tall towers really are super impressive. We studied the lighthouse’s distinctive diamond pattern and determined it could use a paint job. The light keeper’s house was already closed, but Andrew did get to take a look at an old stone outbuilding close by. Visitors had left gorgeous seashells on the house’s porch and on a weathered wooden bench. We had been told the shelling was fantastic there, but we didn’t find anything especially spectacular on our visit.
The trip back on the ferry was perhaps the highlight of the afternoon — not in a good way. The captain had brought back “the smaller boat.” It reminded me of the scene in “Splash” where Tom Hanks is stuck alone in a tiny boat. Additionally, the water had become choppy, so the trip back was bone-jarring. I held on to Andrew on my right and to the teenager on my left, because he was holding on to the boat rail. We couldn’t have been going more than about 35 miles per hour, but the wind was so fierce by then it seemed as if we were flying.
When we reached the dock, the dozen or so of us passengers burst into cheers. I was never so relieved to reach land!
“I thought you were going to puke,” Andrew said afterward.
I was proud that I didn’t. Because I get motion sick so easily, I keep Sea Bands in my car at all times, and I had the foresight to slip them on before we left.
Despite the bumpy ending, we had another lighthouse story to tell. Truth to tell, that ride just enhanced it a bit.
And it only took us eight years to get there.
Cape Lookout Lighthouse opens for climbing from May 14 to Sept. 20. Ferries from Harkers Island run to the lighthouse every 30 minutes. For more information, visit www.nps.gov/calo