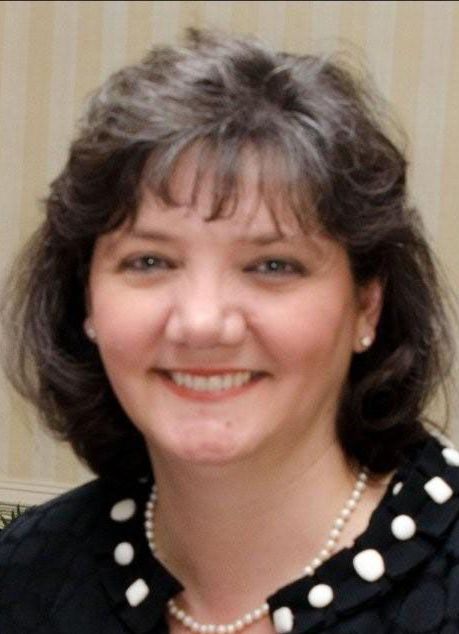 CONCORD — On April 26, at the 112th annual convention of the General Federation of Women’s Clubs-North Carolina (GFWC-NC) held at the Embassy Suites in Concord, Georgann Athanaelos Sapp was installed as the GFWC-NC Recording Secretary for the 2014-2016 administration.
She is a member and current president of the Kannapolis Woman’s Club and a past president of the Kannapolis Junior Woman’s Club. Sapp, a former A.L. Brown Juniorette, is also active with the Juniorette clubs at A.L. Brown and Kannapolis Middle School serving as Juniorette advisor.
Sapp has served the GFWC-NC for 23 years and has served as GFWC-NC First Vice President 2012-2014, GFWC-NC Junior Chaplain 2010-2012, GFWC-NC Director of Juniors 2008-2010, GFWC-NC Assistant Director of Juniors and Director of Juniors-elect 2006-2008, GFWC-NC President’s Special Project Chairman 2004-2006, GFWC-NC Junior Secretary 2002-2004, GFWC-NC Junior Conservation Chairman 2000-2002, Juniorette Advisory Committee Junior Chair and many years on the Juniorette Advisory Committee. She has been awarded the GFWC-NC Juniorette Advisor of the Year Award, Kannapolis Junior Woman’s Club Rookie of the Year and Junior of the Year Award, the Linda G. White Outstanding Junior Clubwoman Award and is an Honorary Life Member of GFWC-NC.
Sapp and her husband Jeff reside in Kannapolis where she is a kindergarten-4th grade elementary art educator at Jackson Park Elementary School.
The special project of the 2014-2016 administration is “Unlocking A Brighter Tomorrow” for the children of North Carolina. Building upon GFWC-NC’s current work to fight child hunger, address literacy concerns and provide mentoring guidance to young people, a new partnership with Communities in Schools of NC (CIS) will focus on expanding access to science, technology, engineering and math (STEM) resources in schools state-wide. The goal of CIS is to surround students with services and supports necessary to keep children in school and help them achieve in life.
GFWC is an international organization of community-based women’s clubs, which has been working for over 110 years to address the most pressing needs of their communities and the world. It is headquartered in Washington, DC. The GFWC-NC was founded in 1902 and is now comprised of over 4,000 members in some 150 clubs located throughout the state.
On Thursday, April 24, in lieu of the regular monthly meeting, 20 members of the Rowan Redbuds Garden Club traveled to the First Presbyterian Church Memorial Garden in Concord, a privately owned cemetery of First Presbyterian Church of Concord which is maintained through a generous trust.
Caretaker and horticulturalist Ronnie Goforth conducted a tour of the garden, which contains many species of trees, shrubs and flowers that change with each season. At the time the garden club visited, there were more than 100 different varieties of azaleas in bloom. Some of the 14,000 tulips planted each fall were still in bloom. It was a serene garden with winding paths, sloping hillsides, waterfalls and intricately carved white Italian marble markers.
Anyone interested in learning more about plants and gardening is encouraged to attend the garden club meetings. Contact Anganetta Dover at 704-638-0575 or anganettadover@fibrant.com or Facebook at www.Facebook.com/RowanRedbudsGardenClub
ATLANTA — Season four of the Prayze Factor People’s Choice awards took place April 4t through 6 in Columbia, S.C. Lexington native Brian “Capa” Young took top honors as the Holy Hip Hop Artist Of The Year champion. In addition, he also won the whole Grand Championship with over 1 million votes.
Capa accredits his recent win on the Prayze Factor People’s Choice Awards to his fan base and to the love of his father and number one supporter, James Young. For more information on Capa, visit www.prayzefactorawards.com