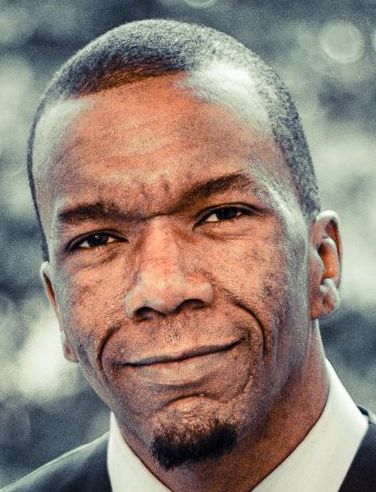 SALISBURY — Newly famous people can be awfully amused with themselves, but Jason Mott, who has a bestselling book and a television series based on that book, is much more realistic.

Speaking at Rowan Public Library Monday night for the Friends of the Library, Mott was refreshingly straightforward and honest. If you really want to know what it’s like to be a successful author who can quit a day job, pay attention.

Mott is 35, no overnight sensation. He has a degree in creative writing and supportive mentors. And he has luck and timing.

He said he wrote “The Returned,” (on TV it’s “Resurrection”), in about a year. Then he shopped for an agent. He got rejection after rejection. He kept trying. He was so used to rejection, he almost tossed the letter that said, “Call me.”

He says he played it cool — but that may be a tiny fib. He called the agent, they talked and talked some more and she told him he might be on to something with his book. But he had to completely get rid of the last 50 pages and redo it.

What? He told her he’d have to think about that. That was a sixth of the book, of his writing, his labor, his hours off from his drag of a job answering customer service complaints for Verizon. “I had the New York area, and if any of you are from New York, I’m sorry, but you know how you are. Everybody always yelling.” And here was someone else telling him what to do.

He chatted with his pal, who essentially told him he had better suck it up and take the nice lady’s advice.

“I swear I read this book the whole way through 15 times. It’s my baby, but I never want to read it again. Well, … maybe one day.”

And while he’s doing all the edits, his agent has sent the book out for film options, movies, TV.

Brad Pitt’s company, Plan B, picked it up. “I thought, oh, sure. Yeah. That’ll never happen.” He learned that some producers already have an idea similar to a book and option it just so no one else can make a movie or TV show out of it.

He learned lots of crazy stuff about TV. Like, if 35 people are named Harold Hargrave, the name can be used on TV, if you’re setting it in Missouri, for example. If there’s only one Harold Hargrave in Missouri, the name’s out. The guy could sue you. That’s why the TV character is Harry Langston.

Mott learned and accepted that once the book is optioned, it’s not really his any more — not creatively. He told someone who asked, “The book is mine, I wrote it. The TV show is someone else’s. They can do what they want to with it. It’s not mine. I’m fine with that. I do my job, they do theirs.”

But he likes their version of his book, their vision of his work. He likes the cast and has actually met them and corresponds with some of them. “They don’t have to do that. But we like each other. It’s nice.”

So much for the glamorous writer’s life. He doesn’t really have time to bask in the glow. He’s got to sit his butt down at the computer every single day, and work as long as it takes to meet his deadline. Maybe he needs to do laundry. OK, he still has to write the book.

And he just got news he’s gotten a second two-book contract. He gave up that irritating day job. Now he’s got another day job, and night, and there’s always someone waiting to tell him what to do.