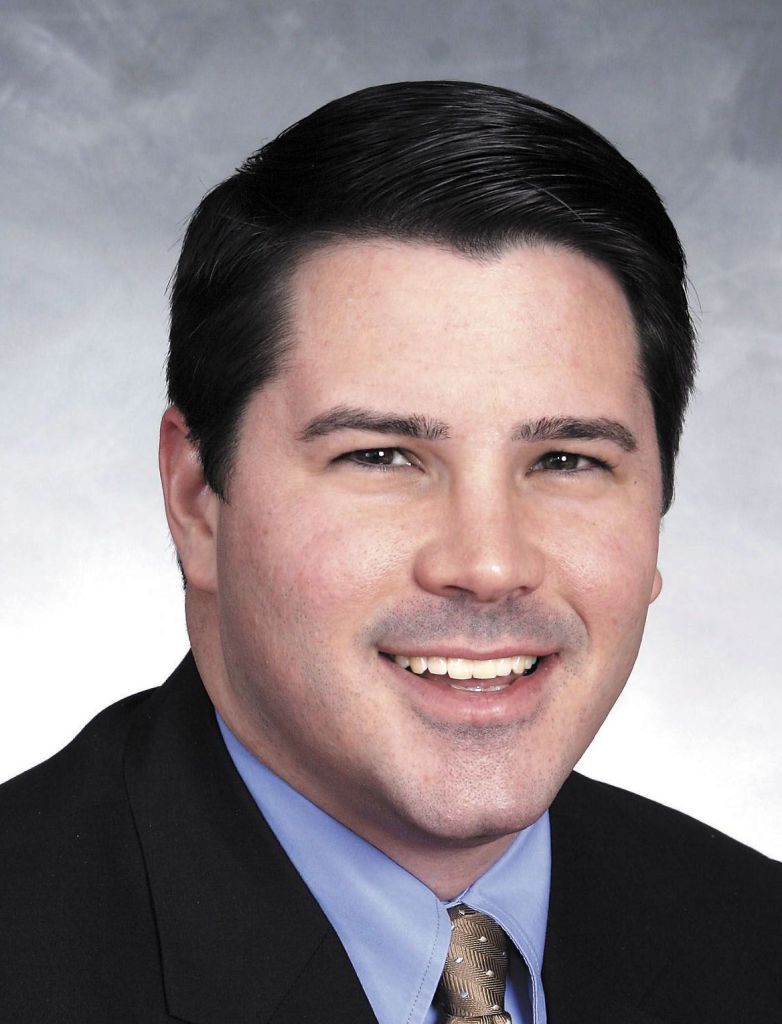 N.C. Sen. Andrew Brock, R-Davie, recently received accolades from a nationwide nonpartisan organization of animal owners and sportsmen.
The Sportsmen’s & Animal Owners’ Voting Alliance named Brock the North Carolina Legislator of the Year for 2013.
Sitting in the District 34 seat, Brock represents parts of Davie, Iredell and Rowan counties.
The six-term legislator also serves as co-chair of the N.C. Senate’s agriculture, environment and natural resources committee as well as the appropriations on natural and economic reources committee.
Brock also serves on the finance and rules committees.
Susan Wolf, president of the nonpartisan group, said Brock has deep respect for the agriculture, agribusiness and hunting interests that drive the state’s economy.
“All animal-related sectors are faced with complex challenges today and demands for increased regulation,” Wolf said. “Brock understands that any regulatory changes, whether for livestock, pets or hunting must always be based on sound science — not emotion or rhetoric.”
Brock has clearly demonstrated his willingness to work alongside animal owners, sportsmen and livestock producers to safeguard traditions and heritage.
“I am honored to receive this award from the premier animal advocacy organization in the country,” Brock said. “I look forward to working with (Sportsmen’s & Animal Owners’ Voting Alliance) in the future to continue to uphold the values we share.”
The organization specifically is geared toward protecting citizens from “the legislative and political threats of radical animal rightists.”
Today is the last day to visit the polls and take advantage of early voting.
Otherwise, voters will be taking their chances with the potential lines and chaos traditionally associated with the hordes pouring in to cast ballots on election day.
Voters heading out today will only have one location at which to vote early — the library.
Rowan County Public Library was the first to open its doors and will be the last to close for one-stop no excuse voting.
The library headquarters at 201 W. Fisher St. will welcome voters to the polls from 8 a.m. to 1 p.m. today.
Poll workers are required to ask for photo identification, but voters will not be required to show it.
While address changes and name changes can be made, election officials said no same-day registration or party changes are allowed.
Voters stepping into booths will have the opportunity to check off their choices for candidates in races from the U.S. Senate to the Kannapolis Board of Education.
For those who registered by April 11, get out and vote.
One Tea Party candidate running for a county commissioner seat seemingly has taken it upon himself to try and blast the Post when he gets in the spotlight with a microphone.
With the exception of Rowan County Board of Commissioners Chairman Jim Sides, who referred to the Post Wednesday as “propaganda,” no other candidate has made such an assertion.
Joe Coladarci, an avowed and proud member of the local Tea Party, twice has publicly attacked the newspaper at candidate forums despite never having contacted a Post reporter.
On April 22 at Blue Bay Seafood Restaurant, Coladarci asserted the Post never reported commissioners agreed at their April 21 meeting 5-0 to look into a water and wastewater study for the southern part of the county along the Interstate 85 corridor.
Although the Post reporter didn’t mention the unanimous decision in the story, the item was included in a fact box that accompanied the story.
“(The Post) wants to talk about how there is always a fight and there is always people giving (commissioners) a hard time, and they can’t get along,” Coladarci said. “All five agreed to look into this program. I’m wondering why the city and the readers of the Post don’t know that already.”
Joe, it wasn’t the most newsworthy item at the meeting.
At the same Tea Party-sponsored candidate forum, for which only three of the eight Republicans showed up, Coladarci took another swing at the Post. This time it was regarding alleged reporting inaccuracies on what Coladarci said during a planning board meeting on concealed carry law changes.
“After (the planning board voted), and I read some things in the Post, the things they said were not what I was talking about in the room even though the Post reporter was in the room when it was happening,” Coladarci said.
Coladarci said he tried to submit a letter to the editor “clarifying” what he had said.
“Unfortunately, the Post has a policy that if you’re a candidate, they won’t print your editorials,” Coladarci said. “By the way, the Times, the Washington papers, the Chicago papers, the L.A. papers and all major papers don’t have that policy — only the Salisbury Post.”
Write a letter to them, Joe.
The head of that planning board focusing on concealed carry changes in the county, Larry Wright, told the Post the story was accurate.
After looking to make amends with the reporter on the first day of early voting on the sidewalk outside the library, Coladarci turned around and attacked the Post again for the same water and wastewater issue at Wednesday’s candidate forum sponsored by the Rowan Municipal Association.
“People say nothing is happening,” Coladarci said. “Actually, nothing is being reported.”
Mr. Coladarci, you have the Post reporter’s number, email and office location.
There are reasons reporters carry a recorder, one of which is to be able to beat back what is said at a microphone.
Next time, call the reporter or the editors, or stop by, if there’s any question about the reporting.
But hey, at least he is reading the paper.