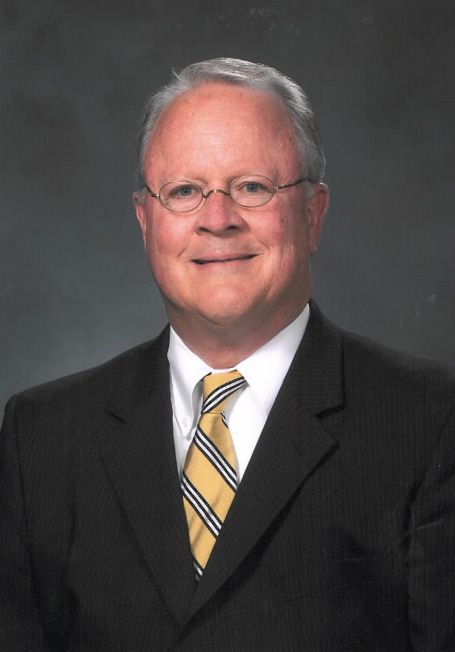 James Randolph came out ahead of his opponents for Rowan County District Court judge in a survey of attorneys and other court personnel conducted in March by the N.C. Bar Association.
The Judicial Performance Evaluation Survey is administered by a Bar Association committee to help educate voters about judicial candidates. It’s given to attorneys, district attorneys, assistant district attorneys and other court personnel throughout the state.
Three Rowan County candidates are among those evaluated on the survey: Randolph, Ted Blanton and Doug Smith — all of whom are on the May 6 ballot seeking the seat being vacated when District Court Judge William Kluttz retires later this year.
The state bar association developed the survey to assess all lawyers who file for election and current judges whose terms are set to expire. The bar doesn’t rate the judges, but makes the surveys available to those who do. The results are tabulated by an independent accounting firm and the bar releases the results via its website. The committee is currently led by former District Court Judge Nancy Black Norelli and is comprised of seven retired judges, seven retired attorneys and seven laypeople.
“It’s so hard to get, as a member of the public, what a particular judge is like. This provides one source of information about how the attorneys evaluated the judges,” Norelli said.
The evaluation requires the survey be completed by someone who has sufficient professional contact with the would-be judge. The evaluator is then asked to rank the candidate on integrity and impartiality, legal ability, professionalism, communication, administrative skills and overall performance. The categories are calculated from a numeric rating scale from one to five where five is excellent and one is poor.
During the fall, the evaluation included returning judges, and in March the attorneys were evaluated.
Norelli said 4,000 attorneys responded to the fall survey and 2,000 attorneys responded to the survey done in March. However, each judicial candidate received between 36 and 58 responses.
Blanton received the lowest of the tabulated ratings, but received the most number of responses, while Randolph ranked the highest of the three candidates. Attorney Doug Smith fell in the middle.
“I’m not sure how candidates who have not been judges can be judged on their judicial performance,” Blanton said.
He is the only one of the three candidates who has sat on the bench. He served two terms as a district court judge.
Blanton said he generally doesn’t participate in the survey and did not participate this time.
“I don’t think a judge is there to make lawyers happy all the time,” Blanton said.
He did not comment on whether he thought the survey was a fair measure of his abilities.
Randolph also didn’t participate in the survey and said no one from his firm did, either. He does believe the survey is a good way to educate the public. “It’s nice to come out on top of this,” he said, but the “other two candidates are fine lawyers as well. A lot of people put in a lot of time in this.”
Smith said the thing that stood out to him about the surveys were the low number of responses. He averaged 43, while Randolph 46 and Blanton averaged 58 responses. He also said it as a purposeful decision on his part not to participate in the survey. He wanted to see the turnout without any of his own votes.
Smith said he was pleased with his results. He would like to see more court personnel fill out the survey so that it could better reflect how the candidates are doing. Smith also believes voters may find the survey categories lack detail.
For more information about the survey and to see the complete results for Rowan County judicial candidates visit http://jpe.ncbar.org/