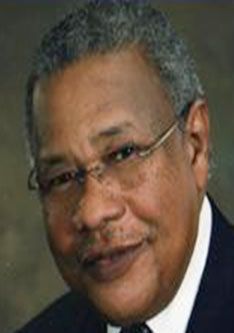 Four Livingstone College alumni and a woman who has a degree from Harvard Law School will be bestowed honorary doctorate degrees on Saturday during Livingstone College’s commencement exercises inside Alumni Memorial Stadium.
The diverse group includes a man who played briefly for the NFL’s Washington Redskins, two African Methodist Episcopal Zion pastors, a retired educator and a former White House employee.
“I’m always pleased when we can award honorary doctorate degrees to deserving individuals,” said Livingstone College President Dr. Jimmy R. Jenkins Sr. “The five people we’re honoring this year have demonstrated their commitment to serving mankind, to making a difference in this world and to the well-being of Livingstone College, not just in word but in deeds. It will be with sincere gratitude that I welcome them into the Livingstone College family.”
Being awarded honorary degrees on Saturday are the Rev. Dr. G. Ray Coleman, Dorothy Colson, Jocelyn Frye, Larry D. Melton and the Rev. Dr. Vernon A. Shannon. All but Frye are Livingstone graduates.
Besides his bachelor’s degree at Livingstone, Coleman has a master’s of divinity from Hood Theological Seminary and a doctor of divinity from Howard University in Washington, D.C. He is pastor of St. Mark AME Zion Church in Durham, and he has previously pastored at several AME Zion churches in North Carolina, Tennessee, Washington, D.C. and Alabama. He has served on numerous boards and organizations in an array of positions, including as assistant director with the Knoxville (Tenn.) Area Urban League and as a juvenile court counselor with the 22nd Judicial District in Lexington.
Coleman, who has a daughter who resides in California, has also served as a visiting lecturer at the University of Ibadan in Western Nigeria and at Obafemi Awolowo University in Nigeria.
Colson, of Greensboro, is a retired educator and former member of the Livingstone College board of trustees and former president of the Livingstone College National Alumni Association. She has a bachelor’s degree in biology from Livingstone and a master’s degree in adult education from N.C. Agricultural and Technical State University. She has been involved with numerous organizations over the years, including the Salisbury City Board of Education, the United Way, Hospice and others.
She has one son, Claude, is a member of Trinity AME Zion Church, enjoys helping others and is a volunteer driver for the American Cancer Society.
Frye, who will deliver Saturday’s commencement address at Livingstone, is a senior fellow at the Center for American Progress. She’s also a former deputy assistant to President Barack Obama and former director of policy and special projects to first lady Michelle Obama. At the Center for American Progress she focuses on a wide range of women’s issues, including work-family balance, pay equity and women’s leadership. She earned her bachelor’s degree from the University of Michigan before attending Harvard Law School and lives in Washington, D.C. with her husband Brian Summers.
Melton, who has a degree in sociology from Livingstone, played briefly for the Washington Redskins before starting his own company, LD Melton Financial Services, in Charlotte. His career has spanned more than 40 years and resulted in numerous awards and accolades, he’s a member of Livingstone’s President’s Club because he’s contributed more than $10,000 annually to the institution, he’s sold more than $15 million in charitable gifts to benefit HBCUs and he’s a member of Who’s Who in Life Insurance. Melton and Evelyn, his wife of 34 years, have three adult sons and are expecting their first grandchildren, twins, in May.
Shannon, pastor of John Wesley AME Zion Church in Washington, D.C., has a bachelor’s degree in sociology from Livingstone, a master of divinity from Hood Theological Seminary and an honorary doctor of humane letters from The College of New Rochelle in New Rochelle, N.Y.
Like Colson, he’s a former member of the Livingstone College board of trustees and a former president of the Livingstone College National Alumni Association. He recently successfully led John Wesley through a major, $3 million expansion and renovation, and he and his wife, the former Mildred Foster, a Livingstone alumna, have three children, Lisa, Vernon Jr. (deceased) and Bryan, three grandchildren and one great-grandchild.