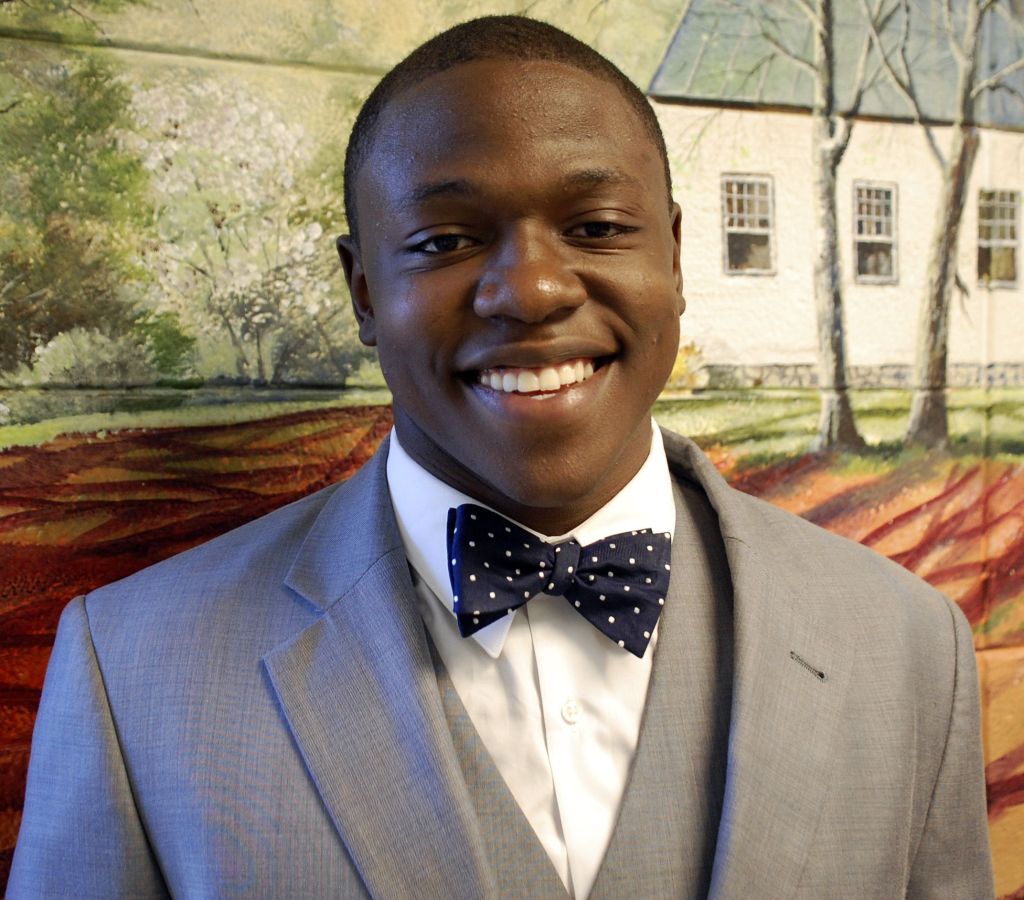 ROCKWELL — Bobby Johnson will go off to N.C. Central University this fall to study accounting.
His path in getting there was different than most of his peers at Salisbury High School. Johnson is father to a 7-month-old daughter, Harmony.
Maybe the most important thing Johnson has learned as a teen parent was that being a father at such a young age isn’t the end of the world, but a beginning.
Things are definitely tougher, but having a child makes Johnson’s resolve to succeed stronger, because he loves and wants to be responsible for his daughter.
“A baby is not a burden,” he said. “It’s a blessing.”
Johnson was one of three $500 scholarship winners recognized Thursday during the Good Beginnings for Teen Parents’ senior luncheon and awards ceremony.
Others winning the scholarship were Brezlin Jones of West Rowan High, who will be attending Forsyth Technical College to study neonatal nursing, and Itzel Encarnacion of Carson High, who is considering cosmetology school.
Johnson, Jones and Encarnacion are among 22 high school seniors this year — students from all the Rowan County high schools — who participated in Good Beginnings for Teen Parents and will be graduating with their class in June.
Families First-NC Inc., a local United Way agency, sponsors the program, which keeps its coordinator, Shanique Edwards, constantly on the move among the high schools.
Always accessible, Edwards also makes home visits, transports teens to places such as doctor appointments and job interviews and even takes them on college field trips.
Edwards holds two sessions a month at each high school with teen parents who are seeking to earn their diploma or GED.
She basically goes over much of the life skills and child development knowledge they need. The program reaches teen parents in ninth through 12th grades and takes in about 60 students altogether.
Edwards has been with the Good Beginnings for Teen Parents program for three years, including this past year as coordinator. The most important thing she has emphasized, Edwards said, is that Good Beginnings is meant to assist teen parents, not just teen mothers.
That emphasis has helped fathers such as Johnson become involved.
Jones actually completed her high school course requirements in January and has a part-time job with Subway. Her son, Kaiden, will be 2 in October. Still, she wants to walk across the stage and receive her diploma with her West Rowan classmates in June.
“We’re so proud of these graduates,” Joyce Goodwin, treasurer of Families First said, adding that the teen parents’ path to graduation wasn’t the easiest.
That’s what makes the recognition luncheon for her, “the most exciting event of the whole year,” Goodwin said.
Jeannie Sherrill, executive director of Families First, says Good Beginnings for Teen Parents has had a 100 percent graduation rate among the students who have participated in the program over the past four years.
She adds that 64 percent of the program’s graduates go on to college.
Rowan United Way sponsors the scholarships, and Executive Director Bob Lippard and Greg Dunn, chairman of the upcoming United Way campaign attended Thursday’s luncheon.
Sabrina Smith, a scholarship winner last year, announced this year’s recipients. Smith now attends Rowan-Cabarrus Community College.
Tchernavia R. Montgomery, manager of a program for adults with chronic schizophrenia, an independent psychotherapist and a co-author of publications on teen parenting, served as Thursday’s guest speaker.
Montgomery was a teen parent herself at age 15.
She recalled the guilt she felt during her pregnancy and how people close to her were angry and ashamed. She was confused, lost and hurt by the disappointment her mother expressed.
She was a child, having a child.
“I felt like my life was over for a short time,” Montgomery said.
As a teen parent, Montgomery heard all the negatives. People told her she would never finish high school, let alone go to college. They said she would have trouble finding a good job, if she landed any work at all. She would live in poverty, depend on the government, and so would her children — Montgomery heard it all.
People expect teen parents to fail, Montgomery said. She discovered she fed off the negative energy.
“I expected more of myself,” she said.
Montgomery said an important moment was realizing her child was her legacy and she was no longer in the world alone. When she first felt her baby move, it was as though he were embracing her from the inside and telling her things were going to be OK.
Montgomery said she benefited greatly from the Onslow County Peers program, a United Way agency in her home county. The program’s representative came to her home and spoke to her only about her baby and their future.
There was no judgment, no blame. She said the person looked her in the eyes and focused first on what she was doing right. In turn, Montgomery refused to see herself as a victim or a statistic.
One in four teen mothers do not finish high school. Less than 2 percent earn a college degree before age 30.
Montgomery bucked those trends. She earned three college degrees, including a master’s. She is married now and has three boys. The oldest son is getting ready to enter college.
Montgomery told the teen parents in the room Thursday never to settle for what other people think you are or should be.
As Johnson said, having a child at such a young age can be a blessing. For some people, Montgomery added, it motivates you like nothing else.
Contact Mark Wineka at 704-797-4263, or mwineka@salisburypost.com.