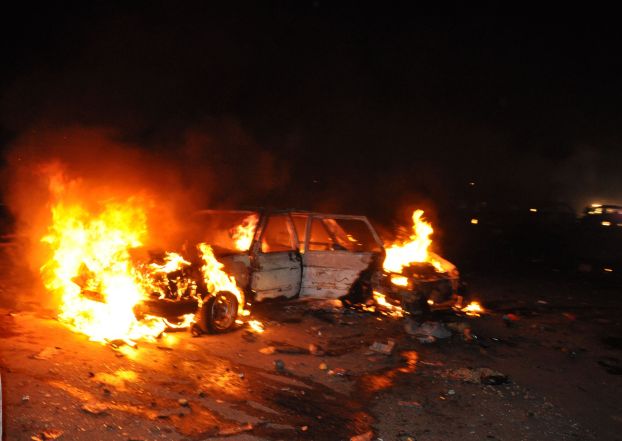 Your daily look at late-breaking news, upcoming events and the stories that will be talked about today:
1. RUSSIA TO BE A KEY TOPIC AS OBAMA, MERKEL MEET IN WASHINGTON

The U.S. sees the German chancellor as a critical channel of communication with Putin.

The blast in the capital city came just days before world leaders gather there to discuss Africa’s economic growth prospects.

It happened in the isolated village of Tanana, where residents live a largely subsistence lifestyle. The motive isn’t known yet.

Medical officials tried for nearly an hour to find a vein in Clayton Lockett’s arms, legs and neck before finally inserting an IV into his groin. But then that vein collapsed.

If economists’ forecasts are accurate, last month will have produced the largest burst of hiring since November.

7. HOW TWO UNIVERSITIES’ BANS ON GRADUATION SELFIES MIGHT BACKFIRE

"I wouldn’t have thought of it until they said don’t do it," said one graduating senior at the University of South Florida.

Southern California authorities are using an app that lets people send photos and videos to investigators, but privacy advocates have some concerns.

9. WHY ANHEUSER-BUSCH IS BEING SUED BY ITS FORMER TOP FEMALE EXECUTIVE

Francine Katz accuses the brewer of a boys’ club culture that deprived her of millions in salary and bonuses.

Jockey Anna Rose Napravnik, a rising star, is vying to become the first woman to ride a Kentucky Derby winner.

Your daily look at late-breaking news, upcoming events and the stories that will be talked about today: 1. BOTCHED EXECUTION... read more