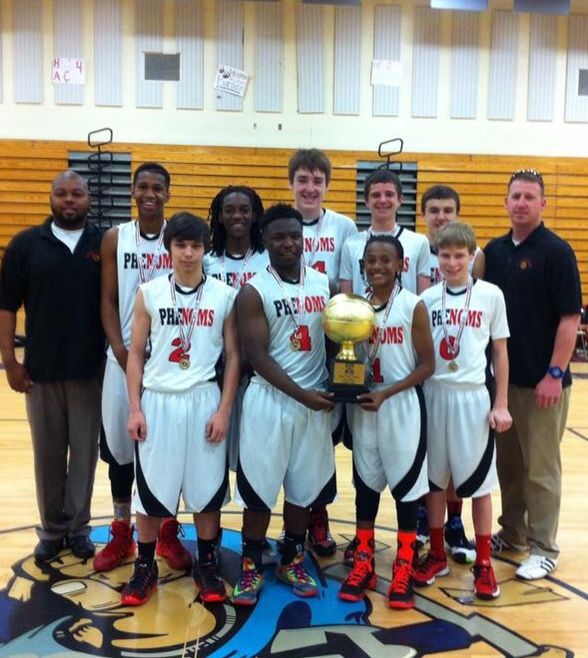 Rowan County American Legion baseball has released its schedule for this season.
Rowan is scheduled to open May 18 at home against the Mooresville Post 66 Moors.
JIm Gantt returns to coach the team for the 14th season. Mark Cauble is the team manager and Voight Basinger will serve as athletic director.
The full schedule is in today’s Scoreboard.

Legion baseball
Mooresville American Legion Post 66 will have sign-ups Sunday, May 4, at Lake Norman High at .
2 p.m.
Junior and Senior Legion players should attend, rain or shine. This is sign-ups only, not a tryout. Meet the coaches and fill out the forms. Bring a Birth Certificate, not a glove.
Play starts late May and runs into July.
Post 66 baseball is open to any high school age baseball player subject to area zone rules.
Senior coach Seth Graham and Junior coach Angel Nino will be available for all further info.

West Rowan lost 6-5 to Mooresville in a non-conference game on Wednesday.
Taylor Martin and Hunter Gibbons had three hits each for West. Parker Williams walked four times.
Taylor Phillips drove in two runs for the Blue Devils, who won the game with a run in the bottom of thes seventh.
A young West team will take a one-game lead over Central Cabarrus into the final day of the SPC regular season. West hosts Hickory Ridge on Friday afternoon.
Carson (7-7), South Rowan (7-8) and East Rowan (7-8) are still batting for the SPC’s fifth and final playoff berth.
Carson has two league games left — a makeup at Hickory Ridge today and a home game against Cox Mill on Friday. East and South finish the regular season against each other on Friday in Granite Quarry. East won the first meeting.
• In the CCC, Salisbury and North Rowan are battling for third place in a six-team league that gets three state playoff berths.
Salisbury is 5-4 in the CCC, while North is 4-5. Salisbury clinches third if it wins today at home against North to close the regular season. Salisbury won 8-7 when the teams played in Spencer.
West Rowan won 1-0 against Central Cabarrus in SPC action on Wednesday. Josie Heglar scored the only goal of the contest for the Falcons.
• South Rowan’s SPC game at Cox Mill was postponed from Wednesday to today at 5:30 p.m.
• The big Salisbury-West Davidson matchup in Tyro for first place in the CCC also was postponed from Wednesday to today.
West Rowan plays at Hickory Ridge tonight in SPC baseball.
The final day of the regular season is Friday.
East Rowan is in first place and leads Carson and South Rowan by one game. South beat East 7-6 in a wild one at South on Tuesday.
South plays at East Friday, while Carson is home against Cox Mill.
• There’s also plenty of excitement in the CCC.
West Davidson and East Davidson are tied for first place and the league champion will be decided by their meeting tonight at East Davidson.
North Rowan is 5-3 in the league and in third place. Salisbury is 3-5 but plays North tonight at North and at home on Friday. A Salisbury sweep this week would give the Hornets a tie for third and the Hornets would own the tiebreaker. The league gets three playoff berths.

Stallions baseball
The Greater Cabarrus Homeschool Stallions won 8-0 against Triad Home School.
Hunter Shepherd, Josh Holt and Sawyer Stickland had two hits each. Shepherd, Stickland and Travis Cone had doubles.
Holt pitche a four-hitter and struck out four for the Stallions (15-6).
The SPC track meet starts today at East Rowan at 4 p.m. and concludes Friday.
Scheduled for today are boys shot put, high jump and long jump and girls discus, pole vault and long jump. The 4×800 relays also will be contested today, along with the prelims in the hurdles and lane races.
Salisbury will travel to Brevard for a second-round 2A matchup next week. Salisbury lost a draw. Both teams are unbeaten.
• East Rowan’s match with Hibriten was postponed and will be played today at Catawba.
• Carson lost 9-0 to Marvin Ridge in a first-round 3A matchup.
• Central Cabarrus-Hickory will also be played today after postponements.
Porter Ridge has hired West Rowan assistant Zach Bevilacqua as its new head coach. Bevilacqua, who was head coach at North Lincoln for a year, coached the offensive line at West.
Porter Ridge is a 4A school in Union County.
The Western Regional basketball games likely will be returning to Winston-Salem after six seasons in Greensboro. The Regional was played in Winston-Salem from 2004-08.
Catawba’s Craig Brooks was named Southeast Region Pitcher of the Week.
He threw 12 shutout innings in the SAC tournament and struck out 15.
Brooks leads Division II baseball with 12 wins.

Local golf
Paul Cuthbertson scored his 5th career hole-in-one Monday while playing at Corbin Hills.
Cuthbertson aced the 178-yard No. 16 hole using a 4-iron.
Kenneth Cornelius and Floyd Cuthbertson witnessed the feat.
• The Doug Gobble Scholarship Fundraiser Golf Tournament is scheduled for May 17 at Corbin Hills.
The start time is 9 a.m. The entry fee is $50 per player (Includes on course food/beverages, post-play meal and prizes). Hole sponsorships are $100. Proceeds benefit the Doug Gobble Memorial Scholarships which are given to area high school baseball and basketball players that are bound for college.
Contact Curt Thomas at 704-239-1262 or Jay Hill at 704-245-4948.
• Will Collins (Salisbury) shot an opening-round 67 in the eGolf Tour’s Columbia Open on Wednesday and is tied for third, two shots off the pace.
Collins bogeyed his first hole but had five birdies over his final 17 holes.
Frank Adams III opened with a 70. and is tied for 14th.
Johnny Kyger shot 79, while Russ Adams shot 82.
Salisbury Rotary Tennis
The Salisbury Rotary Tennis Tournament will be held Friday-Sunday, May 30-June 1 at the Salisbury City Park Tennis Complex.
There are tournaments for males and females with singles, doubles and mixed doubles and junior and adult divisions.
The entry deadline is Sunday, May 25