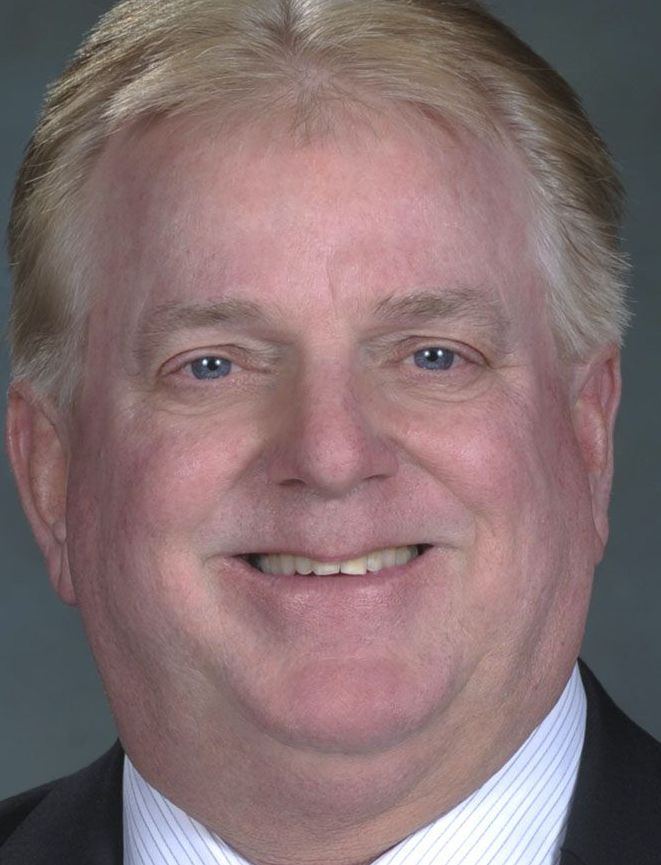 Chris Cohen is on his way to becoming the third unaffiliated candidate to run on the November ballot for a county commissioner seat.

Although Cohen, 57, considers himself a lifelong Republican and conservative, he said he is not so far to the right that he is “falling into the ditch.”

Cohen is following Raymond Coltrain and Gene Miller, who both already accrued the necessary signatures from four percent of the registered voters in the county to solidify their running in the general election this fall.

On Wednesday morning, Cohen turned in 500 signatures to add to the 1,768 signatures certified by the Rowan County Board of Elections.

This year’s election is probably the best year ever to run unaffiliated because of the activism of special interest groups, Cohen said.

“You have the red berets, you have the Tea Party and you have the EDC Chamber group that is pushing their specific candidates,” Cohen said. “I want to represent the people of Rowan County as opposed to any special interest group.”

Cohen filed March 12, a date he labeled as a “late start.”

Born and raised in the western part of the county, Cohen graduated from West Rowan High School and subsequently ran the school’s booster club for about a decade.

Cohen, who is single and has no children, attended both Rowan-Cabarrus Community College and N.C. State University.

In the 2010 primary, Cohen came in sixth place out of eleven candidates vying for commissioner seats.

Cohen also served on the land use planning committee in 2008.

A member of the National Rifle Association and lifetime, yet inactive, member of the local Harley Owners’ Group, Cohen said he feels he has taken a real “grassroots approach to his campaign.”

“I’ve gotten 90 percent of my signatures. I don’t have teams of four and five going to all these functions,” Cohen said. “I’ve bought into this process. For me to do the best job I can for the citizens of Rowan County, I felt I needed to get out there and talk to them.”

Cohen recently had to shut down his business, Cohen Roofing & Metal, due to the county’s poor economy.

The business had been around since 1926.

“There is no new growth in Rowan County. I wasn’t going to go out bankrupt,” Cohen said. “I don’t want other businesses to have to go through what I’ve gone through. We’re losing a lot of small businesses in Salisbury.”

With a budget the size of the county’s budget, Cohen said the commission needs leaders who are used to putting big projects together with huge numbers and ultimately providing an end product.

“I’m different. I ran a business doing million dollar contracts. I worked with all phases of construction to come up with one end product,” Cohen said. “I think I have an expertise that nobody else has in this group that is running.”

Investment in infrastructure is crucial, Cohen said, and the main thing that has hurt both the county and the city is that the Interstate 85 corridor has not been developed.

“Pretty soon, it’s going to be four lanes from south Charlotte all the way to the Raleigh-Durham area,” Cohen said. “If we don’t get something up there that is catching people’s eyes, they are just going to wave as they go through Salisbury.”

The county’s current commissioners and the city council will not invest in the community, Cohen said.

As a business leader, Cohen said he knows you have to spend money to make money.

Although Cohen said he wishes commissioners had developed a plan going forward with West End Plaza, he said he knows they were under time constraints and it now is a “done deal.”

“There are a lot of things you can do with the mall, and people would say we ought to put our school office building out there,” Cohen said. “You could save four or five million dollars renovating the Belk building as opposed to building a ten million dollar new structure.”

Another one of Cohen’s concerns is why some people in the community want the West End Plaza to fail.

“It is in the city limits of Salisbury. There are 20 restaurants within a half-mile radius of the old Salisbury Mall,” Cohen said. “If we let that mall fail, what is going to happen to that other infrastructure around it.”

Cohen compared the commissioners’ mall purchase to Fibrant coming in – only $26 million cheaper.

“I want both of them to be successful. If we try to talk it into the ground, that is where it is going to end up,” Cohen said.

Cohen said he has been walking the streets downtown soliciting signatures and speaking with business owners.

“We always hear about the conflict between the county and the city, so I wanted people in the city to know that I want to hear what they have to say,” Cohen said.

The issues Cohen said he is hearing are surprising.

Business owners listed for Cohen several reasons clientele haven’t been visiting their shops, including a lack of parking and public restrooms.

“As a county commissioner, I need to be on board with the city. I want to do whatever it takes to help them be successful,” Cohen said.

It is time for the county, school system and city to lay down their arms, get out of the trenches and wave a white flag, Cohen said.

“Ever since this central office school building has come to the forefront, it is like each side has been digging in the trenches deeper and deeper and going into foxholes, peering over the hill and pointing a gun at everybody,” Cohen said. “You can’t do that and get things done.”