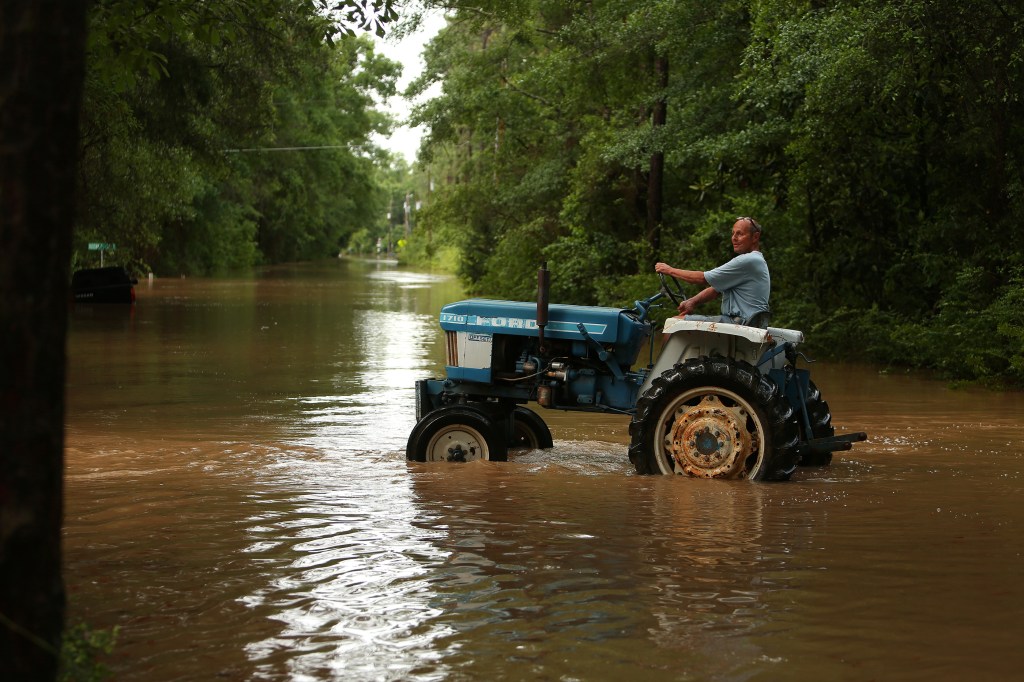 Your daily look at late-breaking news, upcoming events and the stories that will be talked about today:
1. BOTCHED EXECUTION MAY STIR CHALLENGES TO CRUEL, UNUSUAL PUNISHMENT
While Oklahoma’s case might not be enough to bring the issue before the Supreme Court, a national pattern of mishaps could.
2. MERKEL TO FOCUS ON UKRAINE IN VISIT TO WASHINGTON
The German chancellor and Obama could smooth over differences over the NSA’s spy programs with a show of unity on the Ukrainian crisis.
3. WHERE THE RAIN SENT PEOPLE RUNNING TO THE ATTIC—OR THE ROOF
Pensacola, Florida, records its single rainiest day ever — nearly 2 feet in 24 hours — catching hundreds off guard, some of whom had to swim for help.
4. SHARP RISE IN MILITARY SEXUAL ASSAULT REPORTS
The Pentagon’s campaign to get more victims to speak up is working — but officials want more men to come forward and seek help if they have been assaulted.
5. GERRY ADAMS ARRESTED IN DECADES-OLD KILLING
The reputed ex-Irish Republican Army commander faces questioning in connection with the 1972 execution of a woman suspected of spying for the British.
6. WHO’S THINKING OF BUYING LA CLIPPERS
Oprah isn’t the only one shopping for something that won’t fit under a chair if Donald Sterling is compelled to sell the team.
7. ROB FORD TAKING LEAVE
The Toronto mayor needs time off to seek help for substance abuse, his lawyer says.
8. WHAT’S BEHIND 40 PERCENT OF NYC SHOOTINGS
As gangs thin out, crews spring up, in the form of violent bands of dozens of 12- to 20-year-olds that members see as the family they never had, and one investigator likens to an “evil fraternity.”
9. FORMER MAD MAGAZINE EDITOR DIES AT 88
Al Feldstein helped assemble a pool of artists and writers who turned out such enduring features as “Spy vs. Spy” and “The Lighter Side of…”
10. BRUNEI STARTS TO PHASE IN SHARIAH
The tiny Asian nation will use a version of Islamic criminal law that allows amputations for stealing and stoning for adultery, a move Human Rights Watch calls a “huge step backward.”