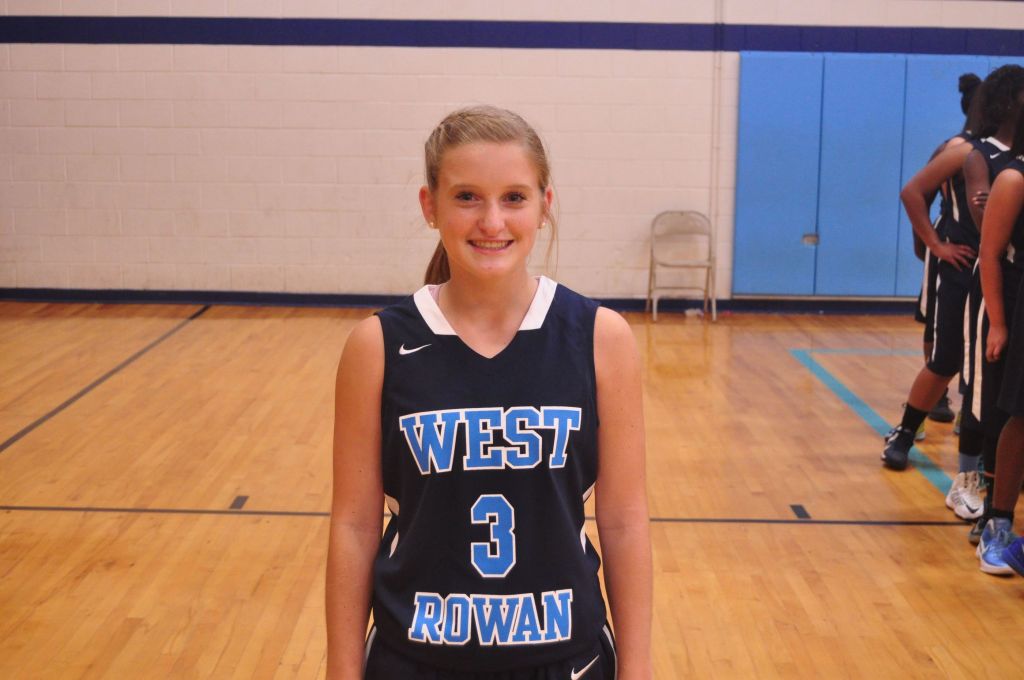 West Rowan’s softball team won 16-4 at Cox Mill on Tuesday and clinched a share of first place in the SPC.
Hunter Gibbons had four hits and drove in seven runs for the Falcons.
Taylor Martin also had four hits, while Peyton Greene and Brianna Turner had three each.
Greene struck out eight in five innings and teamed with Leah McCoy in the circle.
West scored nine runs in the seventh and pounded out 19 hits.
West plays Hickory Ridge at home on Friday.
• Salisbury lost 10-6 to West Davidson in CCC softball on Tuesday.
Caroline Forbis had two hits and two RBIs for the Hornets, while Kate Murph went 2-for-3.
Salisbury’s boys started the 2A playoffs with a 6-0 win against West Stanly.
Michael Ogden won 6-0, 6-0 at No. 1 singles. Clint Comadoll won 6-0, 6-1 at No. 2 singles. Spencer Storey won 6-3, 6-0 at No. 3 singles.
Abraham Post won 6-1, 6-0 at No. 4. Chris Derrick won 6-3, 6-0 at No. 5. David Derrick won 6-1, 6-1 at No. 6.
North Rowan-Salisbury and West Rowan-Hickory Ridge were postponed to Thursday.
• Davie lost 5-2 to Mount Tabor in CPC baseball despite a strong pitching effort by Colby Cranfill.
Ben Beeson drove in a run for the War Eagles (7-13, 4-7).
The Ronnie Gallagher Memorial Senior basketball games were moved to Friday. May 9, at North Rowan.
The SPC Championships at East Rowan have been postponed to Thursday and Friday.
Carson romped 9-0 against Concord in SPC soccer on Tuesday.
Cierra Josey scored three goals for the Cougars. Heather Elmore, Cassie Howard and Katie Barringer scored two goals each. Barringer had three assists, while Elmore, Sarah Safrit and Jordan VanVoorhis had one each.
Kannapolis lost 5-2 to the West Virginia Power on Tuesday at CMC-NorthEast Stadium. Omar Narvaez extended his hitting streak to 10 games with a run-scoring single.
Belmont Abbey sophomore pitcher Samantha Jacobs (North Rowan) was named to the All-Conference Carolinas second team.
Jacobs finished third in the league in strikeouts with 120. She had a 3.21 ERA in 117.2 innings.
Jacobs struck out 54 in 48 innings with a 2.16 ERA in conference play.
Jacobs struck out a career-best 13 against Erskine.
Catawba senior Olivia Myers was named SAC Scholar-Athlete of the Year for women’s tennis.
Myers went 16-6 in singles and carries a 3.98 GPA as a biology major.
Five locals — Carson’s B.J. Collins, Logan “Fox” Correll and Garrett Owens and South Rowan’s Tony Ramirez and Angel Dominguez — will play soccer for Laurel University’s men’s program which is starting competition this fall.
• South Rowan’s Tyler Fuller signed with Belmont Abbey’s baseball program on Monday.
• North Rowan graduate Malik Ford will sign with Johnson C. Smith’s basketball program today, joining Michael Bowman and T.J. Bates.
North Rowan senior Dalton Nelson will sign with Catawba Valley Community College on Wednesday, joining North’s Kenyon Tatum and West Rowan’s Seth Martin.
Sacred Heart won with a score of 165 and defended its conference title.
Concordia finished second at 170, while Salisbury Academy finished third at 176.
Sacred Heart was led by medalist Michael Childress with an even par score of 35. Will Taylor shot a career-best 39 and made an eagle on the No. 3 hole.
Alex Antosek shot 40 for Sacred Heart. Other scores were Harrison Parrott 51, Eric Turnbull 53 and Sean Archer 53.
The Sacred Heart ‘B’ team was led by Ben Childress’ 42 and Luke Graeber’s 50.
Salisbury Academy was led by fifth-grader Charlie Barr with a 38. He was second invidually. Other scores for Salisbury Academy were Hank Robins 43, Walker Hart Pence 46, Mitch Jeter 49, George Fisher 50 and Adam Drye 54.
Michael Childress, Taylor, Antosek, Barr and Robins were all-conference.
Sacred Heart is coached by Charlie Graeber. Salisbury Academy is coached by Brian Lee.
Rowan Express competed in the Bring the Heat Invitational at Rocky River.
Brittany Ellis won the shot put (17 feet, 5 inches) for ages 7-8 and was sixth in the long jump (8-5.5).
Jamasia Jackson was third in the shot put (15-10).
In the 9-10 division, Bryslynn Goodlett was fourth in the shot put (17-3).
In the 11-12 division, BreAsia Ellis was fourth in the discus (43-7) and sixth in the shot put (21-1). BraQuon Ellis was 12th in the shot (20-5) and 14th in the discus (39-0).
In the 13-14 division, Braniya Goodlett was ninth in the shot (22-7) and 10th in the discus (38-8). Jamesia Jackson was seventh in the shot (23-0) and 11th in the discus (29-10). Also competing were Brenden Ellis, Bralin Ellis and Davina Spinner.
Sixty GARS members played in foursomes at Crescent,
Low ‘A’ Flight player with a net of 62.10 was David Wilson. Low ‘B’ Flight player with a net of 65.05 was Everett Hancock Sr. Low ‘C’ Flight player with a net of 63.53 was Bill Bradley. Low “D’ Flight player with a net of 63.39 was Larry Luther.
There will be two summer sessions for A.L. Brown’s basketball camp for boys and girls, ages 8-14.
Sessions will be held June 30-July 2 and July 7-9.
The cost is $60 and includes insurance and T-shirt.
Call Shelwyn Klutz at 704-491-3752 for information.