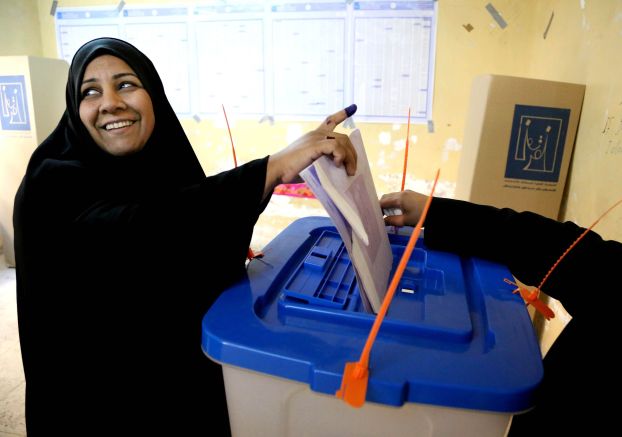 Your daily look at late-breaking news, upcoming events and the stories that will be talked about today:
1. BOTCHED EXECUTION PROLONGS INMATE’S DEATH

Whether it was the wrong dose of three medications used in lethal injection or vein failure, it left Clayton Lockett writhing, clenching his teeth and straining to lift his head from the gurney.

2. PICKING UP THE PIECES AFTER SEVERE STORMS IN MIDWEST, SOUTH

A least 35 people are dead following a two-day outbreak of twisters and violent weather that pulverized homes from the Midwest to the Deep South, including a day care worker found clutching a child, who was alive.

3. HOW THE NBA IS PUNISHING STERLING FOR RACIST COMMENTS

Aside from a ban for life and a $2.5 million fine, Commissioner Adam Silver will try to convince other team owners to force Sterling to sell the Clippers.

Iraqis vote today in first national election since the U.S. withdrawal as their country slides deeper into sectarian strife.

5. WHY WOMEN ARE AN ELECTORAL COMMODITY RIGHT NOW

A 2014 midterm scramble has Democrats and Republicans trying to secure support from moderate female voters who could decide a series of competitive races.

The agency leading the search for MH370 says claim by Australian company about finding the remains of a plane in the Bay of Bengal is unrelated to the missing Malaysia jet.

7. KERRY HEADS TO AFRICA WITH EYE ON SOUTH SUDAN

The secretary of state will urge African powers to pressure the world’s youngest country to end its violent civil conflict.

Touting his state as America’s best place to do business, the Texas governor rebounds from his gaffe-marred 2012 bid by bringing home none other than the world’s largest automaker.

The Supreme Court appears ready to reject the administration’s argument that police should be able to make unlimited cellphone searches without first getting warrants.

The next step could be an appeal to another Italian court. If those judges confirm the American’s conviction, a long extradition fight for Knox is expected.

SALISBURY — When I spent summer days with my grandfather at his fishing bungalow along Conewago Creek, he often drove... read more