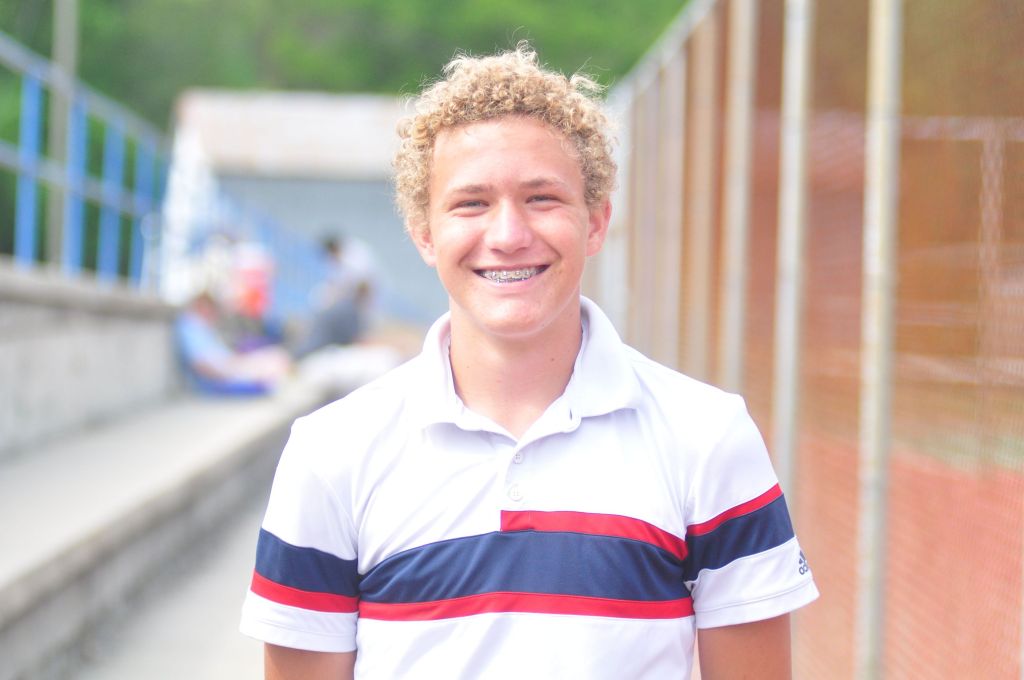 By Ryan Bisesi
rbisesi@salisburypost.com
GRANITE QUARRY —It was the last day of practice before postseason play, but tension surrounding the East Rowan tennis team was low Monday.
The team is chilling out on the bleachers next to the courts at Erwin Middle, their back-and-forth barbs toward each other as lively as the line drives they send at opponents. There’s been plenty of hog piles on the bus after wins.
“Before the other team gets here, we try to stay loose,” East senior Justin Allen said. “We’ll lob balls up as high as we can.”
East’s program has been sort of a feel-good story the last couple seasons. Last year, it surprised folks, winning the North Piedmont Conference and advancing to the third round of the state playoffs. The Mustangs, who enter the playoffs 10-2 and South Piedmont Conference champions, are scheduled to play Hibriten today at 4 p.m. at Carson in the first round of the playoffs. The facility at Erwin was damaged by inclement weather last week and left some courts unplayable.
East boasts a predominately young roster with two sophomores and a freshman included in the top six. Sophomore Ike Emerson is the Mustangs’ No. 1 singles player for the second-straight year. He only carries a 5-7 record but that doesn’t measure his true evolution.
“I’ve progressed, but it hasn’t really shown up because this conference is a lot harder,” Emerson said.
Sophomore Chance Brown and Emerson combined to win the SPC doubles title and Evan Rogers/Allen reached the conference semifinals. The doubles teams spearheaded East’s unbeaten run through the SPC.
“Last year I hated doubles,” Brown said. “Coach made me play doubles as a punishment and then this year. This year, we’d starting playing together and play pretty well. We found a strategy and wound up starting to like to play together.”
Brown, also an all-county cross country runner, is unbeaten in singles play (11-0).
Emerson/Brown and seniors Evan Rogers/Allen have qualified for the individual regional Friday at Les Myers Park in Concord.
“I’m incredibly proud of them,” said second-year coach Ainsley Kovanda, the SPC Coach of the Year. “Their attitudes have improved greatly and they’ve matured.”
Rogers is the No. 6 singles player, has gathered an 11-1 mark and didn’t lose in SPC play.
Freshman Robert Gray (10-2) and junior Jeremy Price (8-3) have played well at 4 and 5 singles.
Emerson, Brown, Allen and Gray were all-conference picks. East will play the winner of Carson, a wild card, and Marvin Ridge (22-2).
Salisbury, a top seed in the 2A bracket, hosts West Stanly, the No. 2 seed from the Rocky River Conference, today. The Hornets (15-0) would likely match up with unbeaten Brevard in the second round. SHS’ No. 1 player Michael Ogden won the state individual championship as a freshman in 2012.
Clint Comadoll, Chris Derrick, Spencer Storey, Abraham Post, David Derrick, Hunter Carlton and Alex Julian are all contributors to SHS. The Hornets have resumed their dominance of the Central Carolina Conference this year with Ogden winning singles and Comadoll/Storey taking doubles.