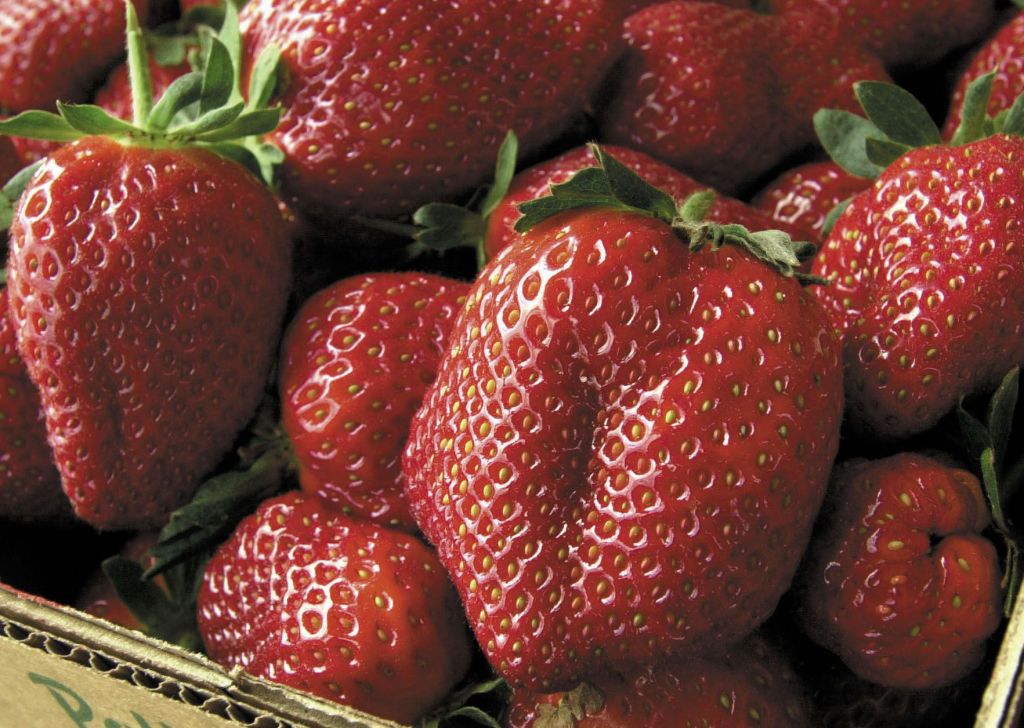 Strawberries are ripening in Rowan County and across the state.
Thursday will be Strawberry Day at the State Farmers Market in Raleigh, and May 9 will be the Strawberry Day at the Charlotte Farmers Market.
As if eating strawberries were not enough to brighten your face, the N.C. Strawberry Association’s website has a recipe for a mask.
Homemade Strawberry Facial Mask
4 to 5 very ripe, medium size strawberries
2 teaspoons heavy cream
1 teaspoon honey
Rinse the strawberries and dry with a clean cloth or paper towel. In a small bowl, mash fruit with a fork. Add cream and honey, mixing well. Apply immediately and leave on for 20 minutes. Rinse of with lots of warm water.
We’d prefer our strawberries and cream as dessert.
Deen to cook for fans on tour starting in Pigeon Forge
SAVANNAH, Ga. (AP) — Approaching a year since the Food Network pulled the plug on her TV show, Paula Deen plans to hit the road this summer to cook live for fans.
Paula Deen Ventures, a new company formed to help launch a comeback for the celebrity cook, announced Monday that she’s booking 20 shows in cities across the U.S. starting in June. The 90-minute “Paula Deen Live!” shows will feature a mix of cooking demonstrations, games with audience members and personal stories.
“I cannot wait to get on the road and meet so many of my amazing fans during these shows,” Deen said in a statement.
The tour kicks off June 21 and 22 with two shows in the Smoky Mountains tourist hub of Pigeon Forge, Tenn., where Deen has a new $20 million restaurant in the works.
Ga. man breaks world record for barbecue marathon
COLUMBUS, Ga. (AP) — Jan Greeff barbecued burgers and hot dogs by the hundreds as his young daughter kept asking, “Is daddy still cooking supper?” He finally finished after a world-record 80 hours spent cooking over a grill.
Soon after Greeff shut off the heat Sunday afternoon, Guinness World Records handed him a certificate making his flame-broiled feat official. The previous world record was 62 hours and six minutes.
“It was amazing,” said Phillip Robertson, a Guinness adjudicator. “He was like a machine. I don’t think he burned himself a single time.”
Greeff, 29, cooked 1,000 hot dogs, 200 pieces of corn, 104 pieces of chicken, 558 hamburgers and 526 sausages during the more than three days he was grilling.
‘Modern Family’ dad opens beer restaurant in Utah
SALT LAKE CITY (AP) — He plays a bumbling dad on ABC’s “Modern Family,” but in Salt Lake City Ty Burrell is trying out for a role as restaurateur.
Burrell has just opened Beer Bar, a beer garden-like eatery that serves 150 beers paired up with an array of house-made bratwursts, local breads and Belgian fries. The restaurant, which has high ceilings and long tables and benches to evoke that Bavarian beer hall feel, is next door to the cocktail bar Burrell co-owns with an equally simple name, Bar X.
“It’s a super simple menu, which is what we wanted from the beginning,” says Burrell, sporting a scruffy beard and glasses. “Basic, but well-made and local. Instead of putting the energy into a lot of elements, making sure you have fewer elements and you are taking the time to make them right.”
Blueberries are gaining traction on restaurant menus
As consumer interest in healthy dining options continues to rise, so does the presence of fruit on U.S. menus, and new research from Technomic shows blueberries – a fruit known for its nutritional profile – gaining major traction among the top 500 chain restaurants. Overall blueberry mentions on American menus have increased 97 percent since 2007 – a stronger growth rate than that of strawberries, raspberries, or blackberries – with fresh blueberry mentions up more than 176 percent in the same time period.
­— QSR Magazine